Light and Darkness: Stories of Hope and Fear from Afghanistan | Asia Society Skip to main content

Light and Darkness: Stories of Hope and Fear from Afghanistan 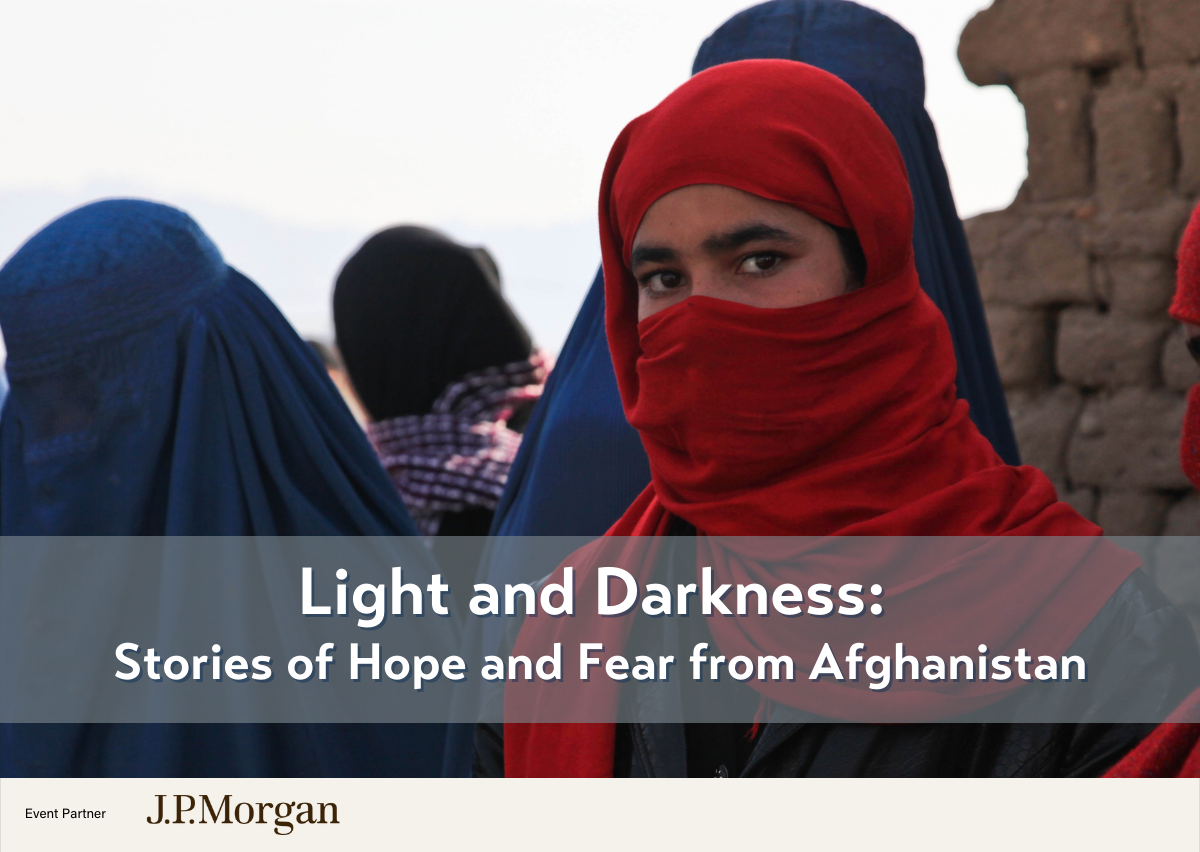 Afghanistan made headlines in August, with news outlets focused on the geopolitical narrative surrounding the Taliban’s return to power. Beyond the headlines, the people of Afghanistan are faced with a harsh reality. Some were fortunate enough to be evacuated and begin a new life in a foreign country, but that of course comes with its own challenges. Others were forced or chose to remain in their home country and now face the reality of living under Taliban rule. Whether they have left or remain, the challenges they encounter will not fade with the next news cycle. Asia Society Hong Kong is partnering with J.P. Morgan to present the latest insights into life in Afghanistan from the perspective of a women’s rights activist and an Afghan soldier who fought on the frontline and managed to escape to Britain with his young family.

Anna Coren is an award-winning international correspondent for CNN, based at the network's Asia Pacific headquarters in Hong Kong.
She has been a journalist for more than 20 years reporting on some of the world's biggest news events. Coren has reported from Afghanistan multiple times over the last decade, most recently in 2021 when the U.S announced its withdrawal of troops from the country marking the end of 'the longest war'. She also played a key role in the network's coverage of the on-going Hong Kong protests in 2020 and 2019.
Coren regularly anchors for CNN Newsroom live from the Hong Kong studios and hosts CNN feature programming such as 'Talk Asia', interviewing world leaders, athletes, entrepreneurs and changemakers.
Throughout her career, Coren has been recognized numerous times for her work. She was part of the CNN team that won a 'Breaking News' award from the Royal Television Society for coverage of the Hong Kong protests in 2019. In 2013 at the Asian Television Awards, she won 'Best News Story' for her exclusive report 'Afghanistan Taliban Firefight' where she came under enemy fire in Nejrab alongside U.S. special forces. This follows wins in both 2012 and 2011 at the Asian Television Awards where she was awarded 'Best News Presenter/Anchor'.

Elliot Hillman is a former commissioned officer in the British Army. After graduating from the Royal Military Academy Sandhurst, Elliot served for nearly ten years in the Parachute Regiment including on operations in Afghanistan where he partnered closely with specialist Afghan forces to counter Taliban and insurgent operations.  His final tour of duty was commanding the UK’s Pathfinders until 2018 after which Elliot left the military to pursue a career in finance in Hong Kong.
Motivated by his experiences serving alongside Afghan soldiers and moved by their courage and sacrifice, Elliot and his former colleagues have been working to find ways to help Afghan soldiers and their families escape Afghanistan and resettle in the UK.
Elliot resides in Hong Kong and is married with a young family.

Mahbouba Seraj was born in Kabul Afghanistan. She graduated from Malalai High School for girls and Kabul University.   After 26 years in exile, she returned to her beloved Afghanistan at the end of 2003, and has been working with the women and children of Afghanistan ever since.  She has been a tireless advocate for Women’s rights, pushing for women’s participation in the Peace Jirga, as well as in the High Peace Council. She and other women advocates were responsible in raising women participation at the 2011 BONN conference and 2012 Tokyo Conference on” Afghanistan after 2014.” And now for their participation in the Afghan Peace talks with Taliban and the U.S. She was Executive Board Member and Chair of Afghan Women Network  (AWN) the biggest women network in Afghanistan.
Mahbouba was recently names one of Time Magazine’s Most Influential People of 2021.

Got Questions? Ask them here in advance (beginning November 3) or during the program:
https://app.sli.do/event/ez9dq2gx (code: #LightandDarkness)