Israel and China: From the Tang Dynasty to Silicon Wadi | Asia Society Skip to main content

Israel and China: From the Tang Dynasty to Silicon Wadi 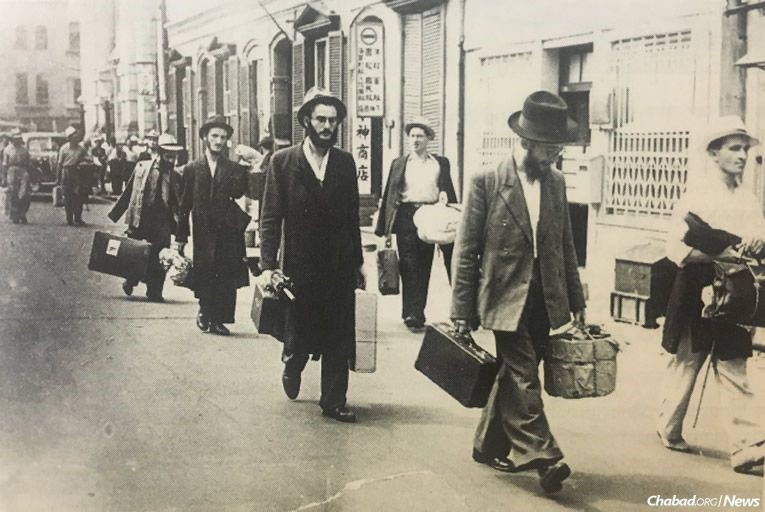 *The photograph shows refugee Yeshiva students arriving in Shanghai in 1939. The copyright belongs to Chabad-Lubavitch and we thank them for giving permission to use this image.

The first Jewish people arrived in China during the Tang dynasty (618-907 AD), assimilating into Chinese society as businessmen, civil servants and professionals. The next wave came in the mid-19th century with the opening of the treaty ports, settling in Shanghai, Harbin and other cities. During World War Two, 25,000 Jewish people from Nazi-occupied Europe took refuge in Shanghai, one of the few cities in the world open to them. Many received visas from Asian diplomats who defied their governments to issue them. After 1945, most Jewish people left China for Israel, North America, Australia and elsewhere. The new state of Israel worked hard to establish diplomatic ties with the People’s Republic, but it was not until 1992 when normal diplomatic relations were established. “Israel and China: from the Tang Dynasty to Silicon Wadi” is a history of the Jewish people in China. Part of this narrative are remarkable individuals who have left a deep imprint on China  Karl Marx, Sir Victor Sassoon, Silas Hardoon, the Kadoorie family, Henry Kissinger and Sigmund Freud. To tell this extraordinary story, author, Mark O’Neill conducted numerous interviews with rabbis, businessmen, entrepreneurs, professors and journalists in Beijing, Shanghai, Hong Kong and Israel.

Mark O’Neill is a Hong Kong-based author. He previously spent 16 years in Beijing and Shanghai. Mr. O’Neill has worked in Asia since 1978, including Taiwan, India and Japan, for the BBC, Reuters and the South China Morning Post among others. Mr. O’Neill is the author of eight books; five of which have editions in traditional and simplified Chinese. His earlier books include “The Miraculous History of China’s Two Palace Museums”, about the odyssey of thousands of art treasures across China from 1933 to 1949 and the transport of many to Taiwan; and “Frederick, the Story of My Missionary Grandfather in Manchuria“, about his grandfather, an Irish Presbyterian missionary in Liaoning province from 1897 to 1942. Mr. O’Neill was born in London and educated at New College, Oxford University.