India’s Elections 2019: Implications and Looking Ahead at the World’s Largest Democracy 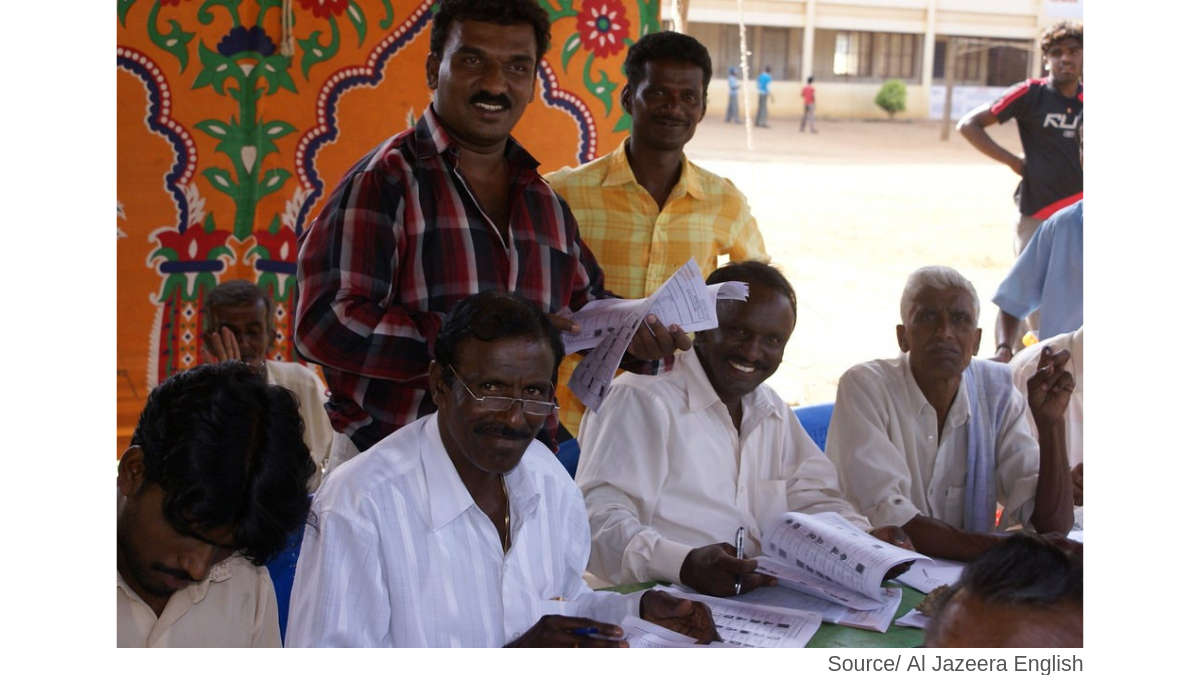 Henny Sender, Chief Correspondent International Finance, Financial Times, Simon Cox, Emerging Markets Editor, The Economist, Sanjay Khanduri, Portfolio Manager and founding partner of Silver Spring Capital, and Anjani Trivedi, Bloomberg Opinion (Moderator) will discuss India’s national election outcome and implications. An electorate of over 900 million voters will be deciding on India’s next government. These elections, mammoth in scale, are being held in seven phases, across 29 states and 7 Union Territories from April 11, 2019 through May 19, 2019. Results will be declared on May 23, 2019. Young Indians and rural India will play a crucial role in determining its next leadership, who will need to meet the expectations of job creation, economic growth and the direction of its democratic institutions. Prime Minister Narendra Modi of the Bharatiya Janata party (BJP) who had won with a historic landslide in 2014 with promises of governance, employment and economic reforms is seeking a second term against the main opposition Congress party led by Rahul Gandhi.

Henny Sender is chief correspondent for international finance at the Financial Times, based in New York and Hong Kong. She joined the FT in 2007. She was previously the Wall Street Journal’s Senior Special Writer for Money & Investing, covering private equity and hedge funds. She has covered regional finance for WSJ Asia, Far Eastern Economic Review and Institutional Investor. She was part of a team at the Journal that won a Loeb award for coverage of the meltdown of Amaranth hedge fund. Her book on India, The Kashmiri Pandits, was published by Oxford University Press. She holds an MS from the Columbia University School of Journalism.

Sanjay Khanduri is Portfolio Manager and founding partner of Silver Spring Capital. He was previously a Derivatives trader, trading options, exotics and structures for Standard Chartered Bank, Asia. He has worked on pioneering cross border transactions in Power and Infrastructure between China and India and has seed and venture funded companies in biotech and internet technology. Prior to that he was in IT consulting and lead large hi-tech business transformational projects at Citigroup and Infosys Technologies. He has an MBA from The Wharton School, University of Pennsylvania, PGDM from Indian Institute of Management, Lucknow, and a B.Tech in Civil Engineering from Indian Institute of Technology, BHU.

Simon Cox is Emerging Markets Editor and senior economics writer at The Economist, based in Hong Kong. He has spent over 13 years with the newspaper, including stints in London and Delhi. In 2014, he left journalism to become an investment strategist for Bank of New York Mellon, before returning to the paper in 2016. He has written on the global financial crisis, China's surprisingly resilient economy and the exaggerated perils of the middle-income trap. He also originated the Li Keqiang index, an unofficial proxy for China’s growth. He has studied at Cambridge, Harvard and the London School of Economics.

Anjani Trivedi is a Bloomberg Opinion columnist covering industrial trends, policy and companies across Asia. She has previously worked for the Wall Street Journal, where she was a columnist for its financial market analysis and commentary column, Heard on the Street. Prior to that, she wrote for the New York Times, CNN and TIME. She has previously worked at UBS Investment Bank. She holds a Bachelors Degree in Mathematics from the Massachusetts Institute of Technology and a Masters Degree in Journalism from the University of Hong Kong’s Journalism and Media Studies Centre. (Moderator)