How It Got Started: The Story Behind the Revitalization of a Heritage Site | Asia Society Skip to main content

How It Got Started: The Story Behind the Revitalization of a Heritage Site 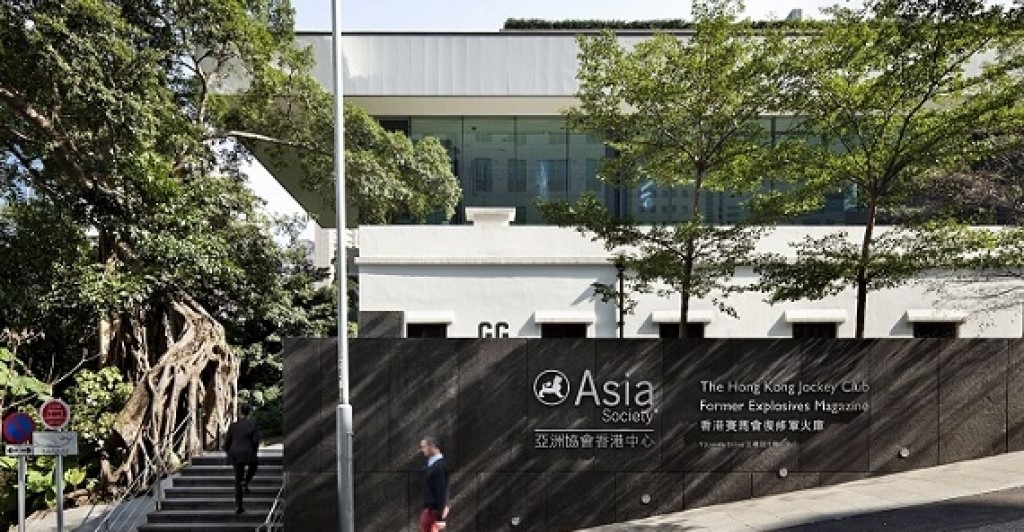 *Program is open to ALL members of Asia Society. Kindly indicate the city of your membership when signing up.

*Zoom login details will be emailed upon registration

On February 9, 2012, Asia Society Hong Kong Center officially opened its doors to the public at the Former Explosives Magazines of the Victoria Barracks in Admiralty, previously occupied by the British Army during Hong Kong’s colonial era. It was Asia Society’s first physical site outside of New York City. Former ASHK Board member Chien Lee, Advisory Council members John S. Wadsworth, Jr, and then Executive Director Mary Lee Turner were there from the beginning in the conception of the physical campus for our Hong Kong operations in the late 1990s With the help of Prof. David J. Neuman (then university architect at Stanford University) and the late Prof. Richard Weinstein (former Dean of the Graduate School of Architecture and Urban Planning at UCLA), they organized the international architecture competition which end up selecting architects Tod Williams and Billie Tsien in September of 2001 to turn their vision into reality. As part of the 30th anniversary commemoration of Asia Society Hong Kong Center, join us on February 9, as we hear from this team on how they worked together to overcome the many challenges of revitalizing an abandoned military site and turning it into a cultural landmark. This dialogue will be moderated by Mr. Ronnie C. Chan, Chairman of Asia Society Hong Kong Center who was also present at the beginning of the journey.

Chien Lee is Chairman of Bei Shan Tang Foundation and a Governor of Lee Hysan Foundation. He is a Non-Executive Director of Hysan Development Company Limited and also an Independent Non-Executive Director of Swire Pacific Limited. He is currently Vice-Chairman of the Council of the Chinese University of Hong Kong, Chairman of the Board of CUHK Medical Centre, Supervisor of St. Paul’s Co-educational College and its Primary School, Trustee of Phillips Academy, Andover, Director of Stanford Health Care and also a Trustee Emeritus of Stanford University. He is a former Board Member of Asia Society Hong Kong Center.

Mary Lee Turner lives in New York, NY and Paris, France. Prior to this re- location, she lived in Hong Kong for almost fifteen years and led the Asia Society Hong Kong Center as Director from August 1998 until 2006. In Paris, she is an active member of The American Library in Paris and served as Chairman of the Board of Trustees for four years during which time, she led a major renovation project for the nearly 100 year-old institution. She graduated from Vanderbilt University and worked for IBM for 25 years, retiring as IBM Corporate Vice President of Communications. She moved to Hong Kong in 1993 and served as a Strategy Consultant for IBM Greater China.

Prof. David Neuman is the Founding Principal of Neu Campus Planning, a planning and programming consultancy, which utilizes a unique ‘360 degree’ perspective and collaborative approach developed from experiences as both an internal administrator and an external consultant. His current clients range from prominent research universities to leading preparatory schools to significant non-governmental organizations. He brings more than 40 years of managerial and design experience in higher education/campus planning.

He is a Fellow of the American Institute of Architects; is the recipient of the California Council AIA Corporate Architect Award; and has accepted major awards from the National Trust for Historic Preservation and the California Governor’s Office. He has served on national and international design award juries; and successfully managed 20 design competitions, including the global contest to design the Asia Society Hong Kong Center. Projects and plans involving his direct oversight and collaboration have received more than 100 local, regional and national awards of excellence, as well as more than 70 LEED certifications, including 3 at the Platinum level.

Tod Williams and Billie Tsien founded their New York City based firm Tod Williams Billie Tsien Architects | Partners in 1986. Their practice is committed to reflecting the values of non-profit, cultural and academic institutions toward an architecture of enduring vision.  A sense of rootedness, light, texture, detail, and most of all, experience, are at the heart of what they design. In addition to the Asia Society Hong Kong Center some of their notable projects include the Lefrak Center at Lakeside in Prospect Park, Brooklyn and the Barnes Foundation in Philadelphia. Their current work includes the U.S. Embassy in Mexico City, the renovation of David Geffen Hall at Lincoln Center in New York City and the Obama Presidential Center in Jackson Park, Chicago.

Mr. Ronnie C. Chan is the Chair of Hang Lung Group Limited and its subsidiary Hang Lung Properties Limited, both publicly listed in Hong Kong. The Group expanded into mainland China in 1992, developing, owning and managing world-class commercial complexes in key tier one and tier two cities. He founded and chairs the China Heritage Fund, is a co-founding Director of The Forbidden City Cultural Heritage Conservation Foundation in Beijing, and is former Vice President and former Advisor of the China Development Research Foundation in Beijing.

Mr. Chan is a Fellow of the American Academy of Arts and Sciences, Chair Emeritus of the Asia Society and Chairman of its Hong Kong Center, and Co-Founder and Chairman of the Centre for Asian Philanthropy and Society.

Online
Tue 09 Feb 2021
10 - 11:30 a.m.
Hong Kong Time
Calculate your local time »
Register Now
20210209T100000 20210209T113000 Asia/Hong_Kong Asia Society: How It Got Started: The Story Behind the Revitalization of a Heritage Site On February 9, 2012, Asia Society Hong Kong Center officially opened its doors to the public at the Former Explosives Magazines of the Victoria Barracks in Admiralty, previously occupied by the British Army during Hong Kong’s colonial era.