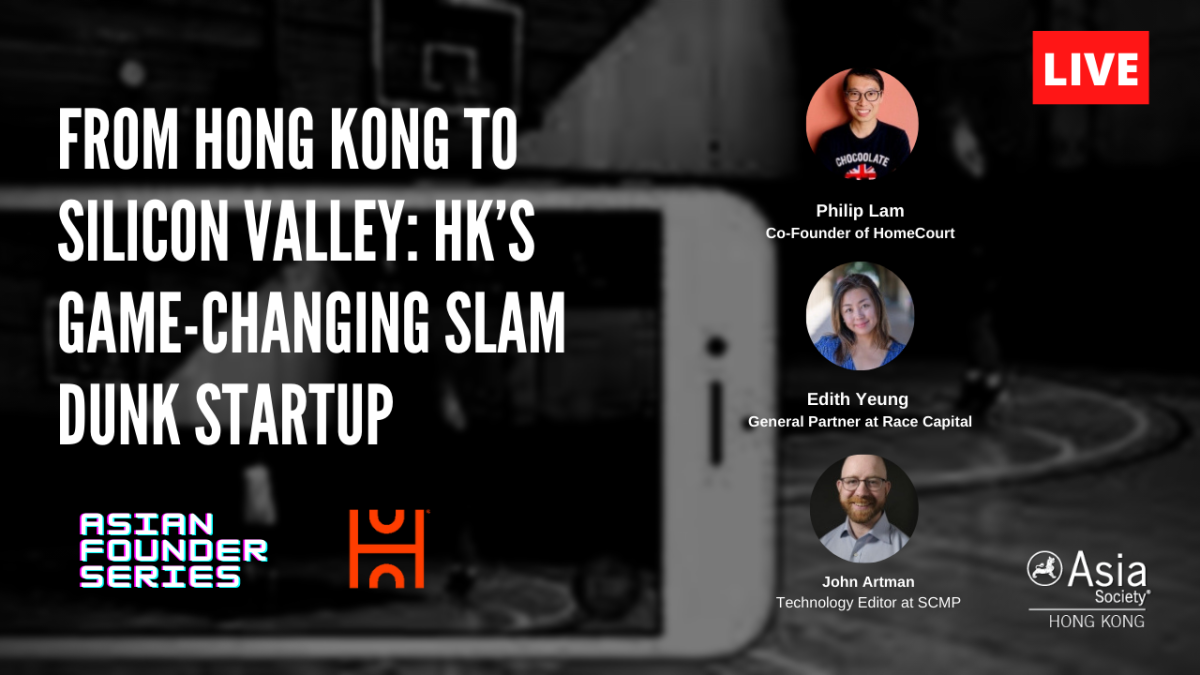 Proclaimed by many as the biggest innovation in the world of basketball since the invention of the sneaker, HomeCourt is a cutting-edge sports app that began in Hong Kong and is now revolutionizing the sport all around the world.  Harnessing artificial intelligence, the Hong Kong born-and-raised founders of NEX Team (developer of HomeCourt) have created a basketball software that works with an iPhone or iPad to record video shots taken by a player on court, while generating real-time stats from that practice session. It also creates edited video clips for a shot-by-shot review of an athlete’s performance.  All this data lets the player track the accuracy of shots taken from different areas of the court, as well their running speed and vertical jump.  Early celebrity backers include Steve Nash, Jeremy Lin and Mark Cuban.  Alibaba Entrepreneurs Fund, Joseph Tsai’s Blue Pool Capital and Will Smith’s Dreamer Fund have also gotten on-board during the start-up’s latest funding round.  Even the NBA itself joined as a strategic partner and investor last year.  The NEX Team is now headquartered in San Jose, while having a second office in HK.

On November 30, learn more about their inspiring entrepreneurship journey from Hong Kong to Silicon Valley by tuning in to ASHK’s inaugural webcast in our new Asian Founder series. Philip Lam, Co-Founder of HomeCourt, will be joined by Edith Yeung, General Partner at Race Capital and leading venture capitalist in both Asia and America. This start-up talk will be moderated by John Artman, Technology Editor at South China Morning Post. You’ll hear more about the HomeCourt story and their future plans, latest trends/disruption opportunities in the global tech landscape and advice for Hong Kong students aspiring to be the next unicorn start-up founders.  The public program on Facebook & YouTube will be from 13:00 – 14:00 PM HKT.  There will also be a 30 minute private virtual meet-and-greet with the speakers for ASHK members only.  President’s Circle, Corporate Members and Student Members can register for free by e-mailing programhk@asiasociety.org.

“The HomeCourt app marries a passion for technology with old-school deliberate practice and skill development. This exciting partnership builds on our continued efforts to embrace innovation and artificial intelligence to reach and engage basketball players around the world.”- Adam Silver, NBA Commissioner

Philip Lam is a Co-Founder of HomeCourt, a mobile AI application for basketball training. It has raised USD 14.5M, led by the NBA, NBA team ownership groups and NBA/WNBA players. At HomeCourt, he oversees product and engineering, drives company strategy and organisational process. He is also a Founding Member of FoundersHK, a non-profit aimed to build a community to bridge Hong Kong and Silicon Valley tech ecosystems, a mentor in First Round Capital, Founders Institute and advisor for many startups. Prior to HomeCourt, he also worked at Apple and Microsoft as Engineering Manager.

Edith Yeung is a General Partner at Race Capital - an early-stage Silicon Valley venture capital fund. A few sectors we are particularly interested in infrastructure, fintech, and deep tech verticals. She has invested in over 50 startups including Agora.io (Nasdaq: API), Lightyear/Stellar (valued $1.2B), Silk Labs (acquired by Apple), Chirp (acquired by Apple), Fleksy (acquired by Pinterest), Human (acquired by Mapbox), Solana, Oasis Labs, Hooked, DayDayCook, AISense, and many more. Prior to Race Capital, Edith was a partner at 500 Startups, the world's most active early-stage fund and incubator invested in Twilio, Credit Karma, Grab, and 2000 more companies. Before 500, Edith was the general manager at Dolphin Browser, a Sequoia-backed mobile browser with over 150 million installs worldwide. Edith also worked with many Fortune 500 companies such as Siebel, AMS, AT&T Wireless, and Autodesk. She frequently speaks on China and Silicon Valley technology and investment landscape. She is also a frequent guest lecturer at Berkeley and Stanford and commentator on BBC, CNBC, Wall Street Journal, Bloomberg, SCMP & TechCrunch.

John Artman joined the Post in 2020 as Technology Editor. Prior to that, he was the editor-in-chief of TechNode, a digital media site dedicated to covering China tech, as well as the co-host of the podcast China Tech Talk. He lived in Beijing for 12 years before relocating to Hong Kong.

ASHK members can register to enjoy the presentation and private meet-and-greet session from 13:00 to 14:30 HKT.