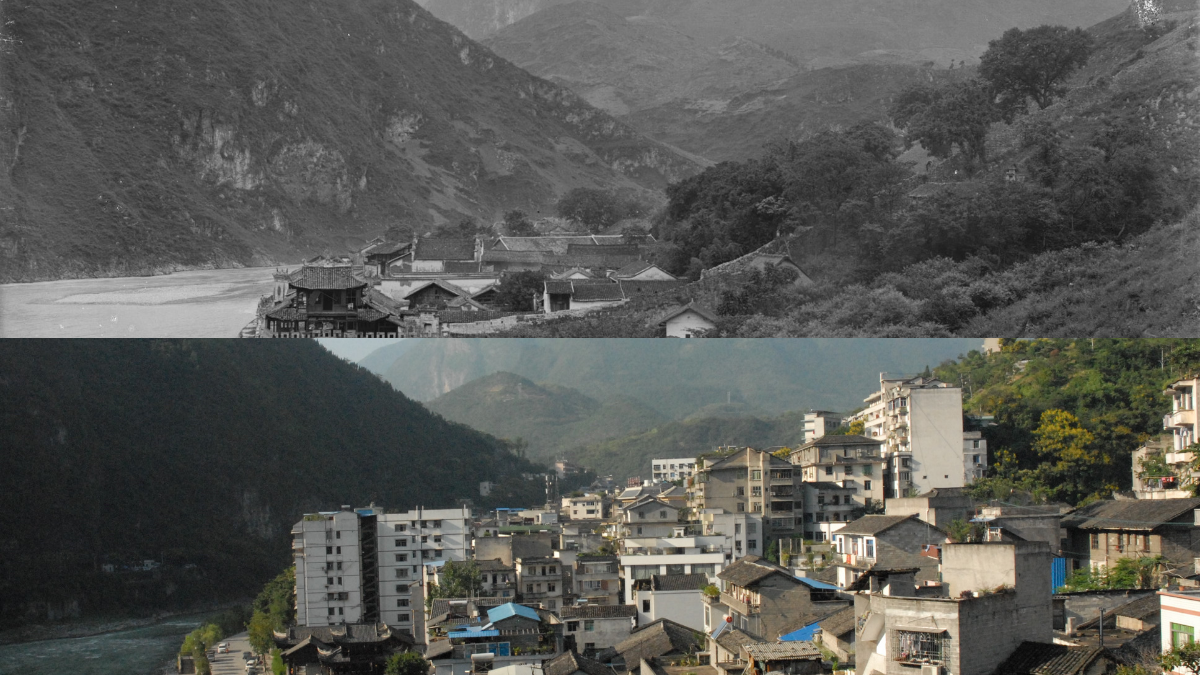 The North Gate of the Town of Wuxi County, Chongqing City, China, which was demolished during the Cultural Revolution, is shown in a photograph from 1910 by Ernest H. Wilson, a noted Arboretum plant explorer. In the new photograph taken by Professor Yin Kaipu, from the Chengdu Institute of Biology, you can see the gate that was rebuilt in 2010 based upon Wilson's photograph.

China is one of the most biodiversity-rich countries in the world, harboring nearly 10% of all plant species on Earth.  However, since at least the 1970s, China has witnessed severe declines among its higher plant species. Fast economic growth has led to massive ecological disruptions resulting in long-term economic and social consequences. The United Nation’s biodiversity chief has warned that biodiversity loss is a ‘silent killer’. Against the pressing need for biodiversity preservation, come hear from one of the world’s leading biodiversity experts and Director of Harvard’s Arnold Arboretum, Dr. William Friedman, talk about the Arboretum’s long and deep history of extensive collaboration with Chinese scientists and the race against time to catalogue China’s disappearing rare plant species. Dr William (Ned) Friedman, Director of Arnold Arboretum of Harvard University, will unveil rarely-seen early twentieth century photographs of China that document its magnificent landscape and capture the dramatic changes witnessed in China’s biodiversity today.

William (Ned) Friedman is the eighth Director of Arnold Arboretum of Harvard University. He is also the Arnold Professor of Organismic and Evolutionary biology at Harvard. He studies the origin and early diversification of flowering plants, Charles Darwin’s so-called “abominable mystery’”. Dr. Friedman has worked to expand the Arboretum’s societal impact through diverse initiatives in public programming, enhanced communication between scientists and the public, and a reinvigoration of the long-standing relationship between the Arboretum and the biodiversity of Asia. In early 2016, after four years of extensive planning, a ten-year initiative was launched to shape and augment the living collections of the Arnold Arboretum for the next century. Plant exploration around the globe will bring 400 species of woody plants, including many threatened with extinction, to this Frederick Law Olmsted-designed botanical garden in Boston.