Hank Willis Thomas — My Life is Ours 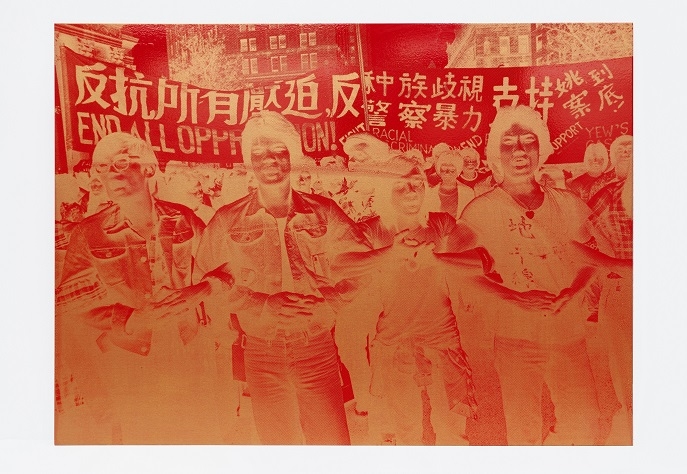 [Photo courtesy of the artist and Ben Brown Fine Arts]

New York-based artist, Hank Willis Thomas will discuss his new series of retroreflective works based on poignant photographic documentation of the Tiananmen Square protests of 1989 and the Umbrella Revolution of 2014. Whether working in photography, sculpture, installation, video or mixed media, the conceptual artist continually strives to examine issues of identity, race, intolerance and protest throughout history, asking his viewers to reflect upon the perpetuality and universality of these themes. Moderated by Ben Brown, join us for this unique opportunity to be part of a conversation with one of the most culturally significant contemporary artists today, in anticipation of the artist’s first solo exhibition at Ben Brown Fine Arts Hong Kong gallery.

Ben Brown, born in Hong Kong and educated in the UK, began his career at Sotheby’s where he spent a decade in the Contemporary Art Department and pioneered the auction house’s Italian Sale. In 2004 he established Ben Brown Fine Arts in Mayfair, London, where he now has two exhibition spaces. In 2009, the gallery took its first step in an international expansion with the opening of an exhibition space in Hong Kong. Ben Brown Fine Arts Hong Kong was the first Western gallery to open in the iconic Pedder Building and in the last decade has presented a diverse exhibition program featuring gallery artists such as Ron Arad, Miquel Barceló, Tony Bevan, Candida Höfer, Claude & François-Xavier Lalanne, Heinz Mack, Vik Muniz and Gavin Turk as well as the work of important 20th century artists such as Alighiero Boetti, Lucio Fontana and Pablo Picasso. (Moderator)