An Evening with Irene: Thank you and Farewell | Asia Society Skip to main content

An Evening with Irene: Thank you and Farewell 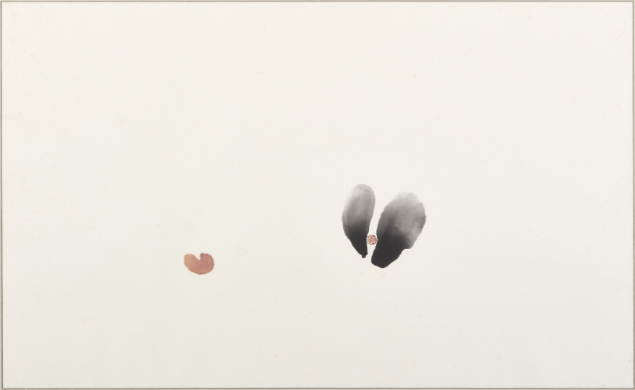 In this evening program, we say farewell to our current exhibition, The Hong Kong Jockey Club Presents - A World Within: The Art and Inspiration of Irene Chou. The evening will begin with a documentary screening of the film The Universe of Irene Chou (Zhou Luyun)—In Her Own Words which was commissioned in 2004 to mark the artist's 80th birthday. The short film shows Irene speak about her life and art, allowing viewers to catch a glimpse of the character behind her paintings. The screening will be followed by a Q&A session with the exhibition’s curator Joyce Wong, and independent curator Johnson Chang.

Join us afterward for one last glance through the exhibition guided by our docents and enjoy a cocktail reception as ASHK says thank you to the sponsor, lenders, supporters, volunteers, docents and you the public who all helped make this exhibition so successful.

Special thanks to The Ink Society for generously providing Asia Society Hong Kong Center with the documentary.

Johnson Chang is an Independent curator, guest professor of China Academy of Art (Hangzhou, China), and director of Hanart TZ Gallery (Hong Kong). He has been active in curating Chinese exhibitions since the 1980s, including co-curator of Guangzhou Triennial in 2008 (“Farewell to Post-Colonialism”), Shanghai Biennale in 2012, and“East Meets West” at Saatchi Gallery in 2014. Current active projects include Jia Li Hall, a series of research on Confucian rites and aesthetics; West Heavens, Sino Indian exchange in art and social thought; Yaji Garden(a project relating to the Yellow Box Projects), which investigates Chinese aesthetic space and its culture of connoisseurship; and Inter-Asia School, which organised the “Inter-Asia Biennale Forums” at the Shanghai Biennial, Gwangju Biennial, Taipei Biennial and Kochi-Muziris Bienniale in 2014 and 2016.

Joyce Hei-ting Wong is a Curator at Asia Society Hong Kong Center. She holds a BA from the University of Hong Kong, double majoring in English Literature and Fine Art (2015). Exhibitions she has worked on include Life is Only One: Yoshitomo Nara(2015); Bat Cave: Treasures of the Day and Creatures of the Night(2015), Shen Wei: Dance Strokes(2016), Shahzia Sikander: Apparatus of Power(2016), Roaring Guardians: The Mari-Cha Lion with Asian Traditional and Contemporary Art(2017), Breathing Space: Contemporary Art from Hong Kong(2017). Most recently, she assisted the inauguration of ASHK’s 20th Century Chinese Female Artist Series with Painting Her Way: The Ink Art of Fang Zhaoling(2017) curated by Kuiyi Shen and Julia F. Andrews, the first instalmentprecedingSong of Spring: Pan Yu-Lin in Paris.