The Dragon and the Eagle | Asia Society Skip to main content

The Dragon and the Eagle 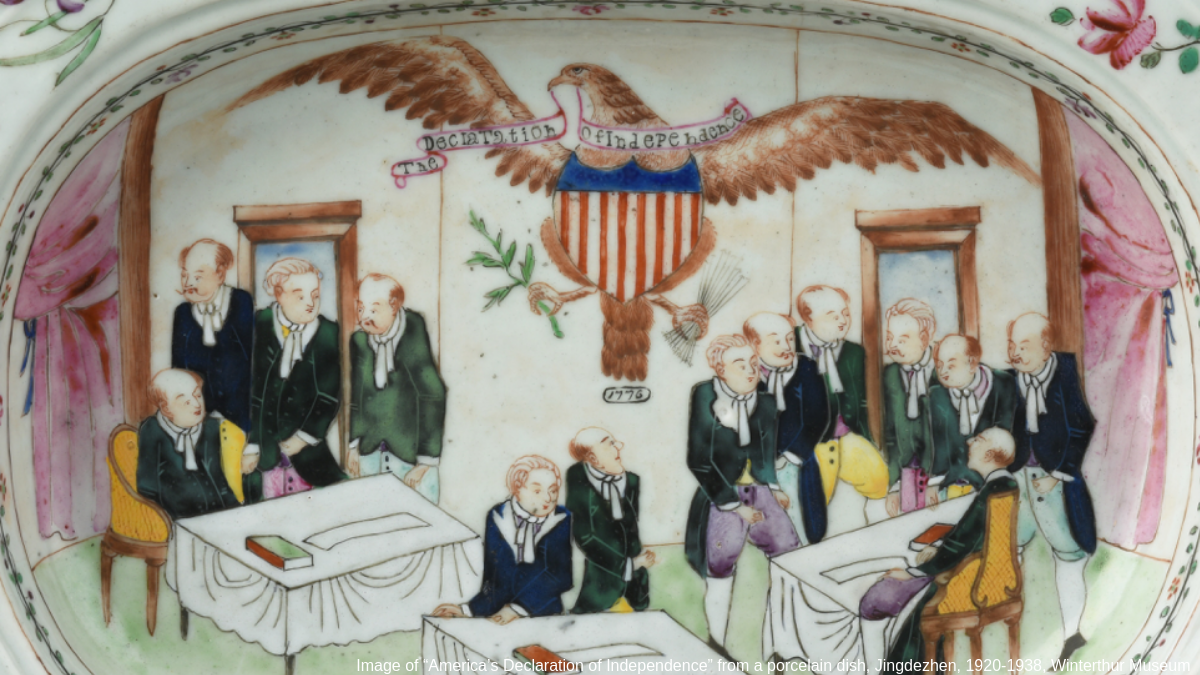 Sino-American trade has been a hot topic in recent times. To facilitate further research, encourage deeper discussion and study into the field of early Sino-American maritime trade (i.e. 1784-1900), and allow closer examination on how this mutually beneficial relationship contributes significantly to global economic and cultural growth today, the Hong Kong Maritime Museum will collaborate with the Asia Society Hong Kong Center on a joint symposium on 13th April 2019. The symposium will cover a wide range of multidisciplinary topics including commerce, economics, technology, policy, diplomacy, and arts and culture from the eighteenth to the nineteenth and twentieth centuries. It will bring together leading professionals, academics and curators from the United States, Hong Kong, Guangzhou and Macau.

Li Aili is Associate Professor of History Department of Sun Yat-sen University in Guangzhou. Her research interests focus mainly on Sino-American relations in 19th century and the history of the Chinese Maritime Customs Service. She is currently working on the research of China’s Participation in the world exhibitions in the 19th century and serving as Editor-in-chief of the “Translation Series of Biographies of the foreign Commissioners in the Chinese Maritime Customs Service”. Her selected publications include A Study on the American Commissioners in the Chinese Maritime Customs Service (2005), “Canton’s Exhibits at the Centennial Exhibition in Philadelphia in 1876” and “Ningpo’s Exhibits at the International Fishery Exhibition, Berlin, in 1880” (coming soon).

George Cautherley was born in Hong Kong during the Japanese occupation, the sixth generation of his family to have lived and worked in China, where he has been a businessman since 1964 till the present. George maintains a keen interest in his family interest in China and in particular the Heard side of his family, which he traces through his maternal grandmother and has given talks on Augustine Heard & Company.  George plays an active role in public policy development in Hong Kong and in recognition of this in the Queen’s 2008 Birthday Honours he was awarded an OBE. He was also awarded an Honorary Doctorate of Business Administration by Edinburgh Napier University, Scotland.

Dr. Fung Kam-wing earned his D.Litt. from Kyoto University. He is currently Director of the Joseph Needham Foundation for Science and Civilisation ; Research Fellow at HKU-Shenzhen Institute of Research and Innovation, University of Hong Kong; Institute Fellow at Hong Kong Institute for the Humanities and Social Sciences, University of Hong Kong; Zhu Kezhen History of Science Professor at the Chinese Academy of Sciences; Professor at Nanjing University of Information Science and Technology; Visiting Scholar of the Year (2016), the Institute of Chinese Literature and Philosophy, Academia Sinica, Taiwan; Senior Research Fellow at the Asian Division, the Library of Congress, Washington D.C., U.S.A; Adviser of the International Advisory Committee for the Research Partner Group of the Max-Planck-Institut für Wissenschaftsgeschichte (Berlin) at the Institute for the History of Natural Sciences, Chinese Academy of Sciences; Board Director of the Hong Kong Maritime Museum Limited; and Executive Director of Chinese Society of the History of Science and Technology. Dr Fung’s recent publications include Upon the Plinth of a Barren Rock: 130 Years of Engineering Development in Hong Kong (2015), Mapping Ming China’s Maritime World: The Selden Map and Other Treasures from the University of Oxford (2015), New Research into the Maritime Trades, Seafaring and Underwater Archaeology of the Ming Dynasty (2015), Mengxi bi tan yizhu 夢溪筆談譯注 [A New Annotated Edition of Mengxi bi tan (Brush Talks from Dream Brook) by沈括 Shen Kuo (1031-1095)] (2018).

C.X. George WEI, Associate Vice President of Beijing Normal University-Hong Kong Baptist University United International College (UIC), Chair Professor of Suzhou University, Emeritus Professor of the University of Macau (UM), and the editor-in-chief for the book series under Brill. He earned MA in Modern World History from Henan University, China, and Ph.D. in History from Washington University, USA. He taught at several American universities and UM respectively for 12 years, and served as the Department Head both at Susquehanna University, USA and UM. He authored or co-authored about 50 articles and book chapters in both English and Chinese, and is author, editor or co-editor of about 20 books.

Leslie B. Grigsby, Senior Curator of Ceramics and Glass at Winterthur (Delaware, USA), is responsible for 22,000+ ceramic and glass objects, displayed in 175 House Rooms and several galleries. She received her Bachelor Degree from the University of Illinois (USA) and her Post-graduate Diploma in Art Gallery and Museum Studies from the University of Manchester (England).

Leslie has published extensively on ceramics and social life, and she contributed towards the exhibition catalogue The Dragon and the Eagle: American Traders in China… She lectures widely throughout the USA, Canada, the UK, China and Australia. She also serves as president of the American Ceramic Circle.

Debra Cuoco has been a paper conservator for special collections at Harvard University, Cambridge, MA, USA since 2002. She splits her time between the Weissman Preservation Center of Harvard Library and the Baker Library conservation lab of the Harvard Business School.  Debra is responsible for the preservation and conservation treatment of paper-based materials, condition assessments, exhibition preparation, and management of the Baker Library preservation program. Debra earned a Masters in Art Conservation with a specialization in paper conservation from Queen’s University in Kingston, Ontario, Canada in 2001. She is a Professional Associate of the American Institute for Conservation and a Board Member of the New England Conservation Association.

John D. Wong’s research focuses on the flow of people, goods, capital and ideas. With a particular interest in Hong Kong and the Pearl River Delta area, he explores how such flows connected the region and its residents to the Chinese political centre in the north as well as their maritime partners in the South China Sea and beyond. Studying the China trade in the context of early nineteenth- century global exchange, his first monograph, Global Trade in the Nineteenth Century: The House of Houqua and the Canton System (Cambridge, U.K.: Cambridge University Press, 2016), demonstrates how China-trade partners sustained their economic exchange on a global scale long before Western imperialism ushered in the era of globalization in a Eurocentric modern world. A historian of transnational businesses, John received his Ph.D. in History from Harvard University. He also holds a BA (Hons) in Economics from the University of Chicago and an MBA from Stanford University. He worked for a number of years in investment banking and investment management and holds the designation of Chartered Financial Analyst (CFA).