Diversity, Inclusion and the Future of Art Collections 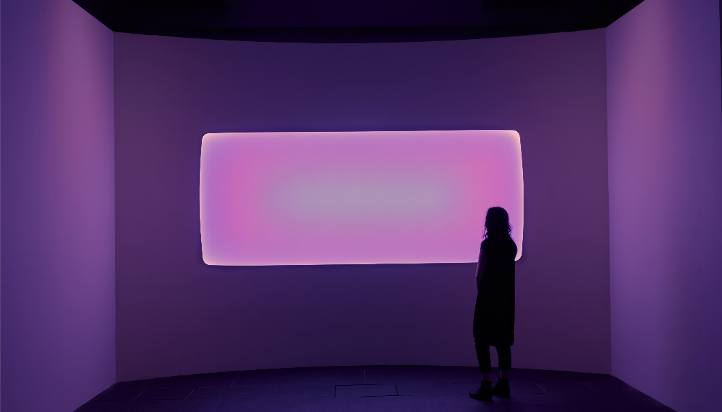 Bloomberg and Asia Society Hong Kong Center are delighted to invite you to a special live panel discussion with experts from the art world.

Social movements the world over have forced a once traditional markets into action. From #blacklivesmatters, Stop Anti-Asian Hate to an up-pick in corporate diversity programs. Our live panel discussion with experts from Phillips Auction House, UBS Art Collection and Tai Kwun Contemporary will dive into the tensions, the future of inclusion, and how the art eco-system can work together in Hong Kong and across the region.

Tobias Berger is the Head of Arts at Tai Kwun, the new art and heritage revitalization project at the former Central Police Station compound. After graduating in art history and economics from the Ruhr-University Bochum, Germany, and completing the De Appel Curatorial Training Programme in Amsterdam, Berger worked as a Curator at the Museum Fridericianum in Kassel, Germany, until the end of 2001. In 2002, Berger was the Artistic Director of the 8th Baltic Triennial of International Art in Vilnius, Lithuania. Between 2003 and 2005, he was the Director of ARTSPACE NZ in Auckland, New Zealand. From 2005 to 2008, he was the Executive Director of Para Site Art Space in Hong Kong. From 2008 to 2010, Berger served as the Chief Curator at the Nam June Paik Art Center in Seoul, South Korea, and from 2010 to 2015 he was Curator of Visual Arts at the M+ Museum in Hong Kong.

Elaine Choi joined the UBS Art Collection in 2017, based in Hong Kong. Currently as UBS Art Collection Specialist (APAC), Elaine is responsible for Collection management and APAC branch display. Before joining UBS, she was an intern at the Peggy Guggenheim Museum in Venice. Elaine is a MA Transcultural Studies graduate from the Heidelberg University (Germany), major in Visual, Media and Material Culture; and holds a Cultural Studies degree in from The Chinese University of Hong Kong. During her study, Elaine was in exchange programs at the Erasmus University Rotterdam and Ca' Foscari University of Venice.

Jonathan Crockett is Chairman, Asia, and Head of 20th Century & Contemporary Art, Asia at Phillips. Mr. Crockett joined the company in 2016 and has played a pivotal role in spearheading its growth across Asia. He helped to establish Phillips’ regional headquarters in Hong Kong and has overseen the rapid expansion of the company across eight major cities over the course of five years. To date he has supervised ten highly successful series of sales in Hong Kong, with each season seeing record results being set. Prior to joining Phillips, Mr. Crockett worked for Sotheby’s in London, where he served as a Director and Senior Specialist of Contemporary Asian Art. Mr. Crockett is English of Chinese and Irish descent. He studied History of Art and Archaeology and Chinese language at the University of London and University of Oxford. During his studies he spent two years living in Beijing studying Mandarin Chinese. He is an active sportsman and has represented Great Britain in both rowing and skiing.

Kismet Singh is a broadcast journalist with a career that’s spanned Hong Kong, New York and New Delhi, both in front of and behind the camera. Across two decades, she’s anchored a prime-time financial news programme from the Nasdaq Marketsite in Times Square, reported live from the floor of the New York Stock Exchange, covered India’s mammoth general elections and produced a multi-award winning series on terrorism and conflict focusing on Kashmir, Afghanistan, Iraq and the aftermath of the 9/11 attacks. She helps shape the day’s editorial agenda as Planning Editor for Bloomberg TV in Asia. She is Co-Lead of Bloomberg’s Women’s Community in Hong Kong, drives the effort to amplify diverse voices - both internal and external - across content and shepherds the Bloomberg Equality segments on TV.

The views and opinions expressed are those of the speakers and participants and, unless expressly stated to the contrary, do not reflect the opinion, position or official policy of Asia Society Hong Kong, its members, or its committees. Asia Society Hong Kong does not endorse or approve, and assumes no responsibility for the content of the information presented."