Extended Figure: The Art and Inspiration of Lalan 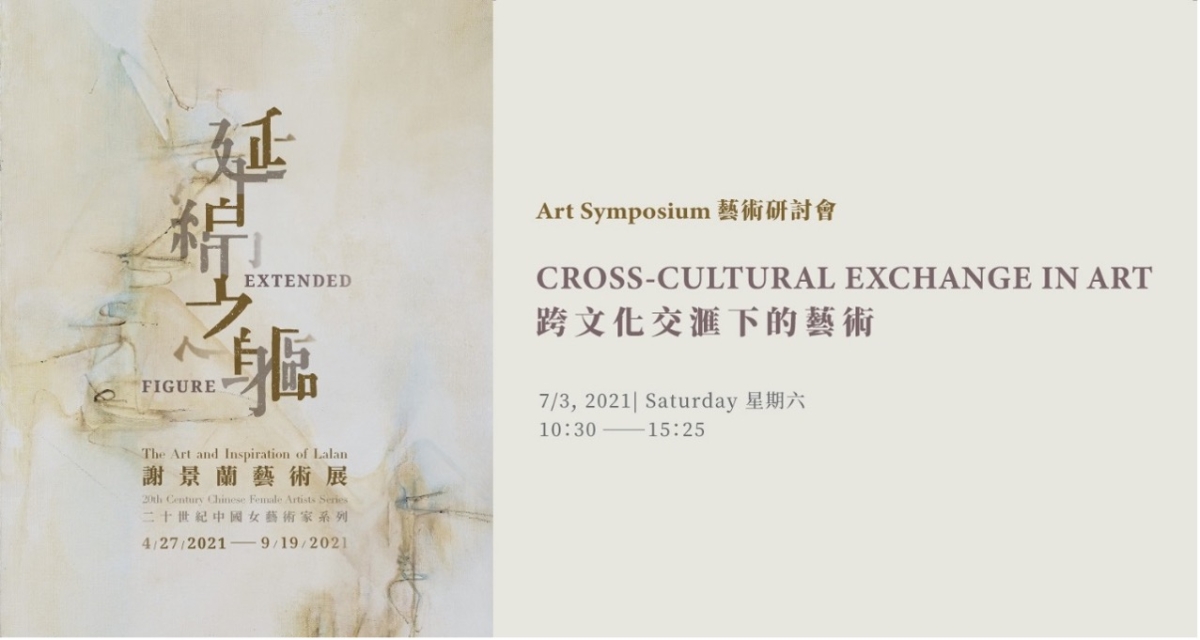 Showcasing thirty-two masterpieces and archival materials of Lalan’s cross-disciplinary attempts, Extended Figure: The Art and Inspiration of Lalan trace the artist’s transformative moments and experimentation and introspection through the bodily focused art-making practice.

Born into a scholarly family in Guiyang, China, Lalan received modern Western education at a young age. After moving to Paris in the 40s, she engaged with the Parisian art community and open herself to Western culture. Yet, she never forgets her Chinese roots, which audience can experience the rich Chinese culture from her work: ink and landscape painting, qigong movement, etc.

Center around Cross Culture and Art, artists and scholars will discuss their experience on artistic experience on cross-culture, and their study on the subject.

Choreographer, director, and painter Shen Wei is internationally renowned for the breadth and scope of his artistic vision. Admiration for his talent has earned Shen Wei numerous awards, including a 2007 MacArthur “Genius” Award, the US Artists Fellow award, and a John Simon Guggenheim Fellowship.

Born in China’s Hunan province in 1968, Shen Wei was trained by youth in the rigorous practice of Chinese opera performance and traditional Chinese ink painting and calligraphy and was a performer with the Hunan State Xian Opera Company from 1984 to 1989. During his student years, he studied Western visual art, at the age of 23, he became a founding member of the Guangdong Modern Dance Company, the first such company in China. Upon receipt of a fellowship, he moved to New York City in 1995 to study with the Nikolais/Louis Dance Lab. In July 2000, he founded Shen Wei Dance Arts (SWDA) and his company quickly entered the international touring circuit.

Originally from Southern Vietnam, Dam Van Huynh is a UK-based dancer/choreographer. He is currently Head of Contemporary Dance at The Hong Kong Academy for Performing Arts. Dam founded his own company in 2008, Van Huynh Company – a vibrant, cutting edge contemporary dance company with a growing national and international reputation.

Dam graduated from The Boston Conservatory at Berklee and worked as a performer with various companies and choreographers.

Dam is an award-winning artist within the field of contemporary dance with works premiering in noted theatres across the UK. Over the years, he has collaborated with many composers, musicians, and directors. He recently worked as Movement Director for Tom Morris towards a new production to premiere at the National Theatre. Dam is the recipient of awards from The Place Prize, Asian Arts Award, Zawirowania International Choreography Competition, and Gdański Festiwal Tańca.

Professor Frank Vigneron received a Ph.D. in Chinese Art History from the Paris VII University, a Ph.D. in Comparative Literature from the Paris IV Sorbonne University and a Doctorate of Fine Arts from the Royal Melbourne Institute of Technology. He joined the Department of Fine Arts, CUHK in 2004, teaching courses on the History of Western Art, the theories of Modernism and Postmodernism in art, and Chinese and Western comparative aesthetics. His research focus is on the history of Chinese painting from the 18th century onwards and on different aspects of contemporary Chinese art seen in a global context. He is a member of the International Association of Art Critics Hong Kong and a Museum Expert Adviser for the Leisure and Cultural Services Department of the Hong Kong SAR. Professor Vigneron is also a practicing artist. He has held several solo exhibitions in Hong Kong and has taken part in local and international exhibitions.

Professor Kurt Chan was graduated from the Department of Fine Arts, The Chinese University of Hong Kong. He then obtained his M.F.A. from the Cranbrook Academy of Art, Michigan, U.S.A.

Chan has participated in over 100 exhibitions, including the 51st Venice Biennale and the 2nd Asia Pacific Triennial. He was the chief editor for Hong Kong Visual Arts Yearbook for several years and taught at The Chinese University of Hong Kong for over 25 years. He is now a board member of Para Site Art Space and the Hong Kong Institute of Aesthetic Education, as well as to advisor to the Asia Art Archive and the Yale-China Association.