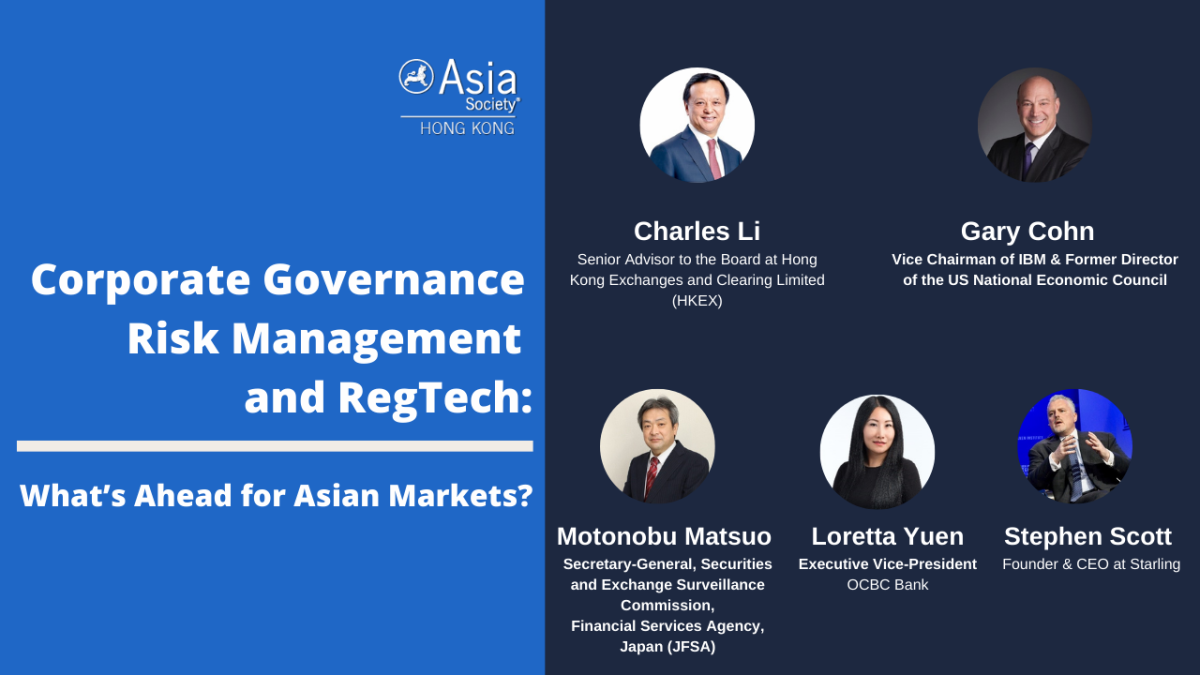 Covid-driven work from home orders have resulted in countless operational challenges at firms worldwide.  In the financial sector, this has exacerbated long-known challenges in the governance and supervision of conduct risk, helping to keep corporate governance and risk management reform high on the agenda across Asia.  In Hong Kong, the HKEX has sought to extend its disciplinary powers to “deter misconduct,” noting the competitive advantages that flow from effective risk management, and pointing to the potential for new technologies to boost business resiliency during these challenging times.   And in Japan, Prime Minister Suga has ambitions to make Tokyo a global financial hub, creating a new digitalization agency and doubling down on the “Third Arrow” of Abenomics — corporate governance reform — as seen in the extension of the country’s Stewardship and Corporate Governance Codes. Lastly, in Singapore, the Monetary Authority has emphasized the importance of culture and conduct, and established a Culture & Conduct Steering Group, in partnership with the Association of Banks (ABS).  Reflecting this new governance priority, OCBC Bank was the first mover among local firms in creating a board-level Ethics & Conduct Committee. To explore these trends, and project what they may imply in the near term future, the Asia Society Hong Kong Center and US regtech pioneer Starling will lead a discussion with a panel of experts, including Charles Li, Senior Advisor to the Board at HKEX; Gary Cohn, Vice Chairman of IBM and former Director of the US National Economic Council (who will contribute a global perspective); and Motonobu Matsuo, Secretary General of the Japan Securities & Exchange Surveillance Commission, and Loretta Yuen, Group General Counsel & Executive Vice-President of OCBC Bank. Stephen Scott, Founder & CEO at Starling, will be our moderator and Ronnie C. Chan, Chairman of ASHK, will deliver the Opening Remarks.

Charles Li, S.B.S., is currently Senior Advisor to the Board at Hong Kong Exchanges and Clearing Limited (HKEX).  He previously served as its Chief Executive from 2010 to 2020. In this role, Mr. Li has orchestrated some of the most significant strategic initiatives in HKEX’s history, including the acquisition of the London Metal Exchange in 2012, the launch of OTC Clear in 2013, and the introduction of Shanghai-Hong Kong Stock Connect in 2014, Shenzhen-Hong Kong Stock Connect in 2016, and Bond Connect in 2017. He has sought to strengthen Hong Kong’s role as an offshore Renminbi hub and led HKEX’s efforts to reform its listing regime to maintain Hong Kong’s competitiveness and secure its position as a leading IPO centre.

Gary Cohn is currently Vice Chairman of IBM. He served as Assistant to the President for Economic Policy and Director of the National Economic Council from January 2017 until April 2018. As President Donald Trump’s chief economic advisor, Mr. Cohn managed the President’s economic policy agenda and led the Administration’s successful effort to grow the U.S. economy, create jobs and increase wages through historic tax and regulatory reform. Before serving in the White House, Mr. Cohn was President and Chief Operating Officer of The Goldman Sachs Group, Inc. from 2006-2016. He joined Goldman Sachs in 1990 and held a number of other leadership positions including the Global Co-Head of the Equities and Fixed Income, Currency and Commodities Division. He was a member of the firm’s Board of Directors and Chairman of the Firmwide Client and Business Standards Committee. Mr. Cohn invests across the cybersecurity, blockchain infrastructure, regulatory technology and medical technology sectors. He serves on the boards of Abyrx, Hoyos Integrity, Indago, Spring Labs and Starling and is the Chairman of the Board of Pallas Advisors. In September 2020, Mr. Cohn partnered with Clifton S. Robbins to launch Cohn Robbins Holding Corp., a special-purpose acquisition company (SPAC) aimed at acquisitions in the consumer, software and fintech sectors. Mr. Cohn also serves on the Systemic Resolution Advisory Committee (SRAC) of the Federal Deposit Insurance Corporation (FDIC).

Motonobu Matsuo has been Secretary-General, Securities and Exchange Surveillance Commission, Financial Services Agency, Japan (JFSA) since July 2020. He started his career in 1987 with the Ministry of Finance, Japan. In 1994, he became Deputy Personal Secretary to the Prime Minister. He became Director for Inter-Division Affairs, Budget Bureau in 2009 and became Budget Examiner for Local Government Finance, Budget Bureau in 2010. He became Director for Foreign Exchange Markets Division, International Bureau in 2012. He became Director, Planning Division, Planning and Coordination Bureau, JFSA. He became Deputy Director-General, Credit & Insurance system, JFSA in 2016 and became Secretary General, Certified Public Accountants and Auditing Oversight Board in 2017. In 2019, he served as Vice Commissioner for Evidence-based Policymaking in 2020.

Loretta Yuen was appointed OCBC Bank’s General Counsel and Head of Group Legal and Regulatory Compliance in September 2010 and Executive Vice-President on 1 June 2015.  She oversees the full spectrum of legal and regulatory risks, including anti-money laundering, across OCBC Bank and its subsidiaries, and provides advice on regulatory risks and legal issues involved in decisions to management, so that management can make informed strategic choices within an acceptable legal and regulatory risk profile.  Loretta has over 19 years of legal and regulatory experience in banking and finance. She was conferred the IBF Distinguished Fellow award in 2016, bestowed upon a significant role model who serves as a beacon of excellence for the financial industry.  Loretta was also conferred the Outstanding Singapore Chief Legal Officer Award in 2017 by the Singapore Corporate Counsel Association.

Stephen Scott is Founder & CEO at Starling, a globally recognized pioneer in the RegTech space. Starling’s Predictive Behavioral Analytics platform allows firms to measure and mitigate culture and conduct related risks, and to identify opportunities for performance improvement across business lines and functions. Stephen spent a 25-year career in risk management and corporate intelligence, serving clients when they were:  entering new markets, ventures, or commercial relationships; conducting pre-investment due diligence or testing an investment thesis; carrying out investigations into fraud or corruption; pursuing redress through litigation, arbitration, or government inquiry; and when seeking to advance their interests before government and regulatory agencies.  He has led successful investigative inquiries in over 50 countries, and has lived and worked in New York, Washington, London, Frankfurt, Madrid, and Shanghai. Stephen holds degrees from Cornell University, the London School of Economics, the Columbia Graduate School of Business, and the London Business School. (Moderator)

A RegTech pioneer, Starling is an applied behavioral sciences company that helps customers to create, preserve, and restore value. Combining machine learning and network science, Starling’s Predictive Behavioral Analytics platform allows managers to anticipate, and to shape, the behavior of employees and teams so as to boost performance and reduce risk.  Find out more: http://www.starlingtrust.com

Online
Thu 14 Jan 2021
9 - 10:30 a.m.
Hong Kong Time
Calculate your local time »
20210114T090000 20210114T103000 Asia/Hong_Kong Asia Society: Corporate Governance, Risk Management and RegTech: What’s Ahead for Asian Markets? ASHK and US regtech pioneer Starling will lead a discussion with a panel of experts, including Charles Li, Senior Advisor to the Board at HKEX; Gary Cohn,Vice Chairman of IBM and former Director of the US National Economic Council