In Conversation with Imran Qureshi 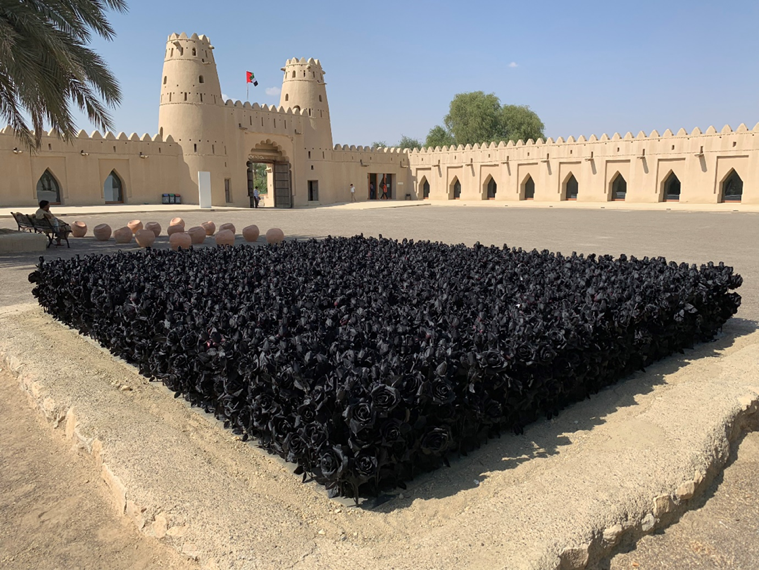 Join us on Saturday, March 30 at the Art Central auditorium for this insightful conversation between one of Asia Society’s 2019 Asia Art Award Honorees, Imran Qureshi,and Michelle Yun, the Senior Curator of Modern and Contemporary Art, Asia Society Museum, New York.

Imran Qureshiis renowned for his site-specific paintings, installations, and videos created in the style of Indo-Persian miniature painting as a means to explore contemporary socio-political themes. His elegant miniatures often juxtapose figures in modern dress against ornate landscapes that reflect contemporary life in Pakistan while his large-scale works feature red leaves and floral patterns that are meant to provoke thoughtful reflection on the sometimes tenuous and often bloody relationship between religious ideologies and warfare. Qureshi has exhibited internationally, including at The Curve, Barbican Centre, London (2016); the 55th Venice Biennale (2013); The Metropolitan Museum of Art, New York (2013); the 10th Sharjah Biennial (2011); and Asia Society Museum, New York (2009).

Michelle Yun is Senior Curator of Modern and Contemporary Art at Asia Society Museum. Prior to her appointment to Asia Society, Yun was the curator of the Hunter College Art Galleries. She has previously served as the project director of Cai Guo-Qiang’s studio and as a curatorial assistant in the Department of Painting and Sculpture at The Museum of Modern Art, in addition to organizing numerous independently curated exhibitions. Ms. Yun is also a frequent lecturer on modern and contemporary Chinese art and has taught at SUNY New Paltz, Columbia University, and The Museum of Modern Art.  Her writings have been included in many publications, among them Patti Smith: 9.11 Babelogue, published in conjunction with her exhibition at Hunter College; Cai Guo-Qiang: I Want To Believe, published by the Solomon R. Guggenheim Museum, New York; entries in the Benezit Dictionary of Asian Artists and The Grove Dictionary of Art, Oxford University Press; Greater New York, the 2003 exhibition organized by PS1 and The Museum of Modern Art; and Artforum International.

Click for directions
Free Admission with any Art Central Ticket; Registration not required