In Conversation With the Hon. Kevin Rudd | Asia Society Skip to main content

In Conversation With the Hon. Kevin Rudd 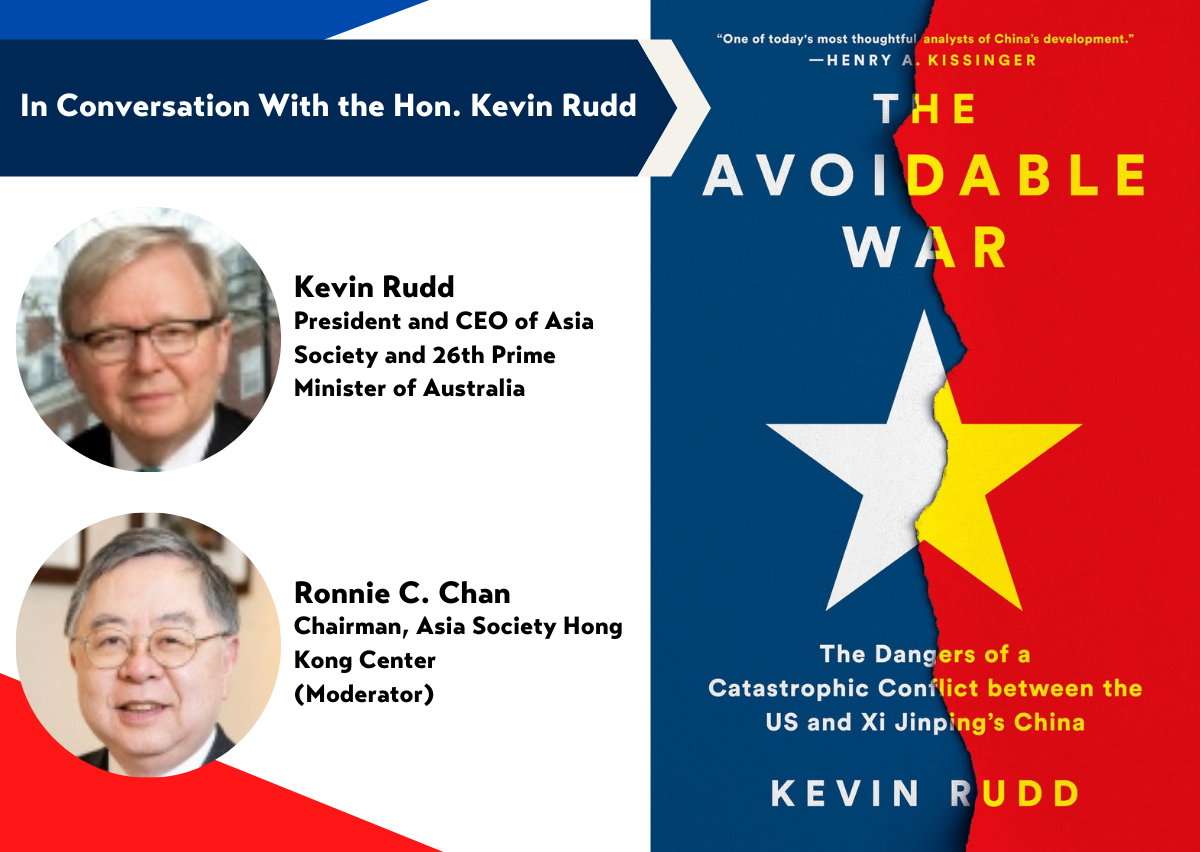 The relationship between the US and China, the world’s two superpowers, is peculiarly volatile. It rests on a seismic fault—of cultural misunderstanding, historical grievance, and ideological incompatibility. No other nations are so quick to offend and be offended. Their militaries play a dangerous game of chicken, corporations steal intellectual property, intelligence satellites peer, and AI technicians plot. The capacity for either country to cross a fatal line grows daily.

The Honorable Kevin Rudd AC, President & CEO, Asia Society, and 26th Prime Minister of Australia has had a front row seat to the US - China relationship, and has written and spoken extensively on this relationship. Join Kevin Rudd for a discussion moderated by Ronnie Chan, Chairman of Asia Society Hong Kong Center on Rudd’s new book, The Avoidable War: The Dangers of a Catastrophic Conflict Between the US and Xi Jinping’s China, recently released in March. The book demystifies the actions of both the US and China, including the “death of mutual trust,” and also suggests a way forward for the US and China to coexist without betraying their core interests through what Rudd calls “managed strategic competition.”