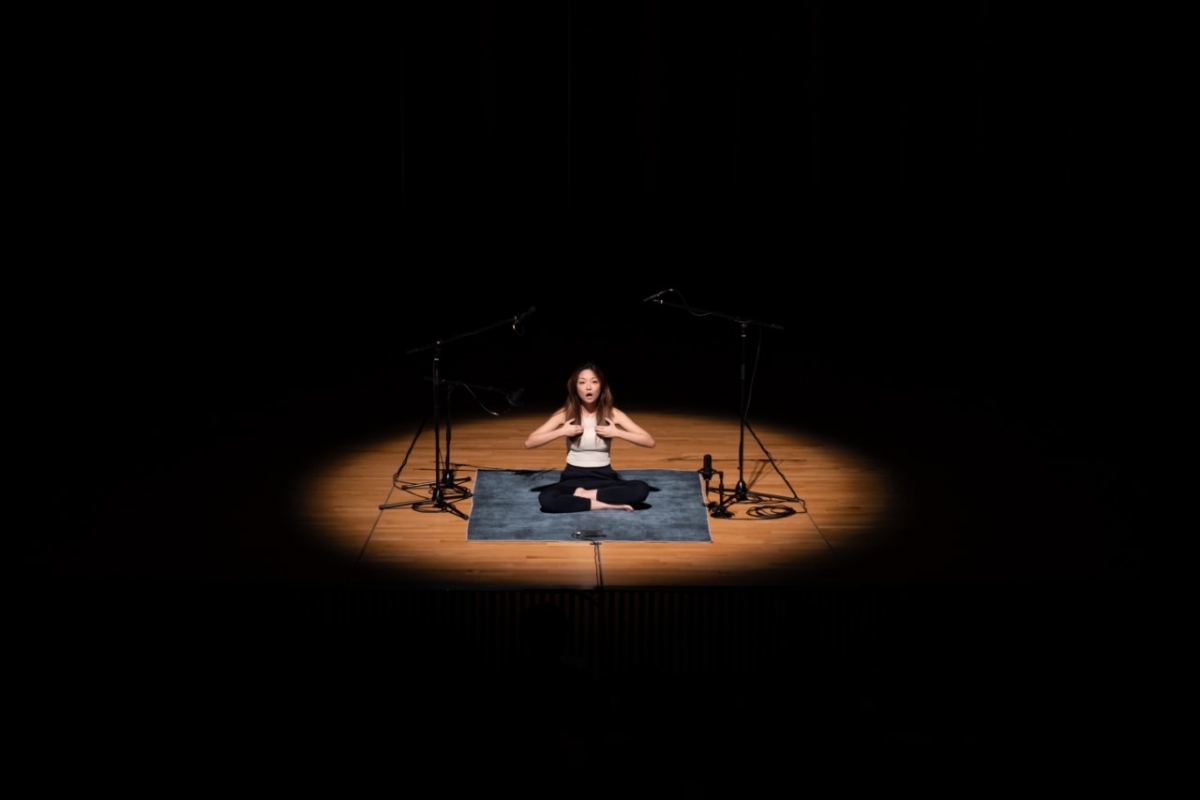 Hidden behind Hong Kong’s skyscrapers and financial stereotypes it glows as an underground hub for subcultures in the street, music and performance. When you dig a little deep independent artists Joseph Chen, Miko Badiola Borje, Karen Yu and Go Hung are taking on an underground art scene that walks the line between fine-art and experimental. Follow along, in an exploratory discussion that tries to make sense of an emerging scene of multi-disciplinary and emerging artists under a global context.

Joseph Chen King Yuen is an art and cultural organiser and artist based in Hong Kong, currently the Director of Culture at Eaton HK, a purpose-driven hospitality brand where he builds community for artists, changemakers and marginalised groups and creates cultural and creative initiatives to support locals and serve travellers. He is the co-founder of Virtue Village, an art initiative creating and curating art that connects humans to spirituality and intimacy, and to explore the idea of ascension in different cultures and religions. His art practises deal with technology, sexuality, mythology, culture, revolving around video art, also involving collage, installation, and performance. His artworks and curations have been shown around the world, including NOWNESS ASIA, Denny Dimin Gallery (New York), HOME (Manchester), PHOTOFAIRS (Shanghai), Art Central (Hong Kong), and Waley Art (Taipei).

Miko Badiola Borje is a recent alum of Central Saint Martins, University of the Arts, London. Throughout their interdisciplinary arts practice—spanning drag, film, theatre, fashion, and performance—they challenge gender norms and investigate identitarian spheres of being. Their work has been shown at Pan Asian Repertory Theatre (NYC), Melbourne Fringe, Edinburgh Fringe, and the British Museum of London.

Karen Yu is a percussionist, sound artist, and interdisciplinary arts researcher who uses sound-making as a medium to question and redefine the relationship between audience and performer. Constantly in pursuit of  new possibilities in the performing arts culture, Yu is interested in curating cross-disciplinary collaborations and performances that weave spaces and people together. Based in Hong Kong, Yu is the Chief Curator of Contemporary Musiking Hong Kong, the Co-Founder and Co-Artistic Director of the chamber percussion group The Up:Strike Project, and an Associate Musician of Hong Kong New Music Ensemble.

GoHung lives works in HK, usually collects material from the street and occasionally uses materials from hardware or domestic store to create his own tools to shape or cast sculpture, he will then litter his works back to the street to be viewed. This practice metaphorically goes against the over produced and consumed first world that GoHung has lived in. His recent works focus on the imbalance of wealth and anything interconnected that comes across. His works have been publicly shown in Brazil, Denmark, Hong Kong, Iceland, and the United Kingdom.