Building a Social Safety Net: What Makes a Sustainable Model? 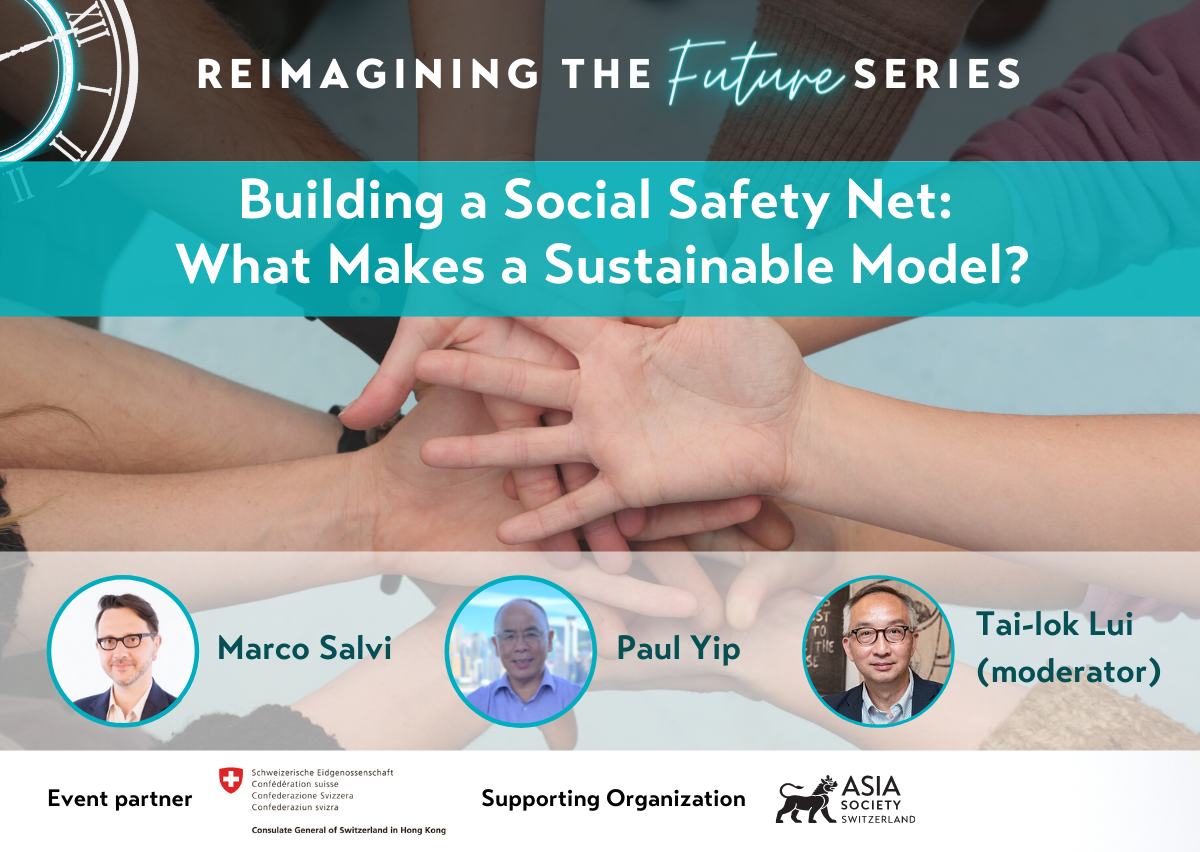 Hong Kong and Zurich are among the most expensive cities in the world, ranking as the second and the third in the Worldwide Cost of Living index respectively. In the meantime, their approaches of welfare policies are vastly different – maybe it is too soon to tell which model is more sustainable, but it is beneficial for us to embark on the discussion on sustainable welfare policy and to encourage inter-city exchanges.

In 2020, the Canton of Geneva in Switzerland introduced the highest minimum monthly salary in the world, of an hourly rate of 23 Swiss francs (around HK$195). According to The Organisation for Economic Co-operation and Development (OECD), Swiss people feel more economically secure and more satisfied with social service provision than respondents in most other OECD countries. On the other hand, as the second-largest IPO market for companies to be listed, Hong Kong is crowned as the “freest economy” in the world. Comparing different welfare models, what makes a more sustainable economic model for the future? What are the best policies in tackling poverty and unemployment? Is there a fine line between prosperity and labor welfare?

Join us for an evidence-based discussion with the scholars from Switzerland and Hong Kong SAR to dive into the making of a sustainable economic model as we reimagine the future.

Marco Salvi is a Senior Fellow and Head of Research at the think tank Avenir Suisse in Zurich, Switzerland. In this role, he deals with issues such as the future of the labor market and the impact of technological and social change in Switzerland. He is the author of “Between the benefit and the burden – a guide to the Swiss tax system” (NZZ Libro), a book which advocates for fundamental tax reforms in Switzerland.

Paul Yip is the chair professor of population health at the Department of Social Work and Social Administration, the Associate Dean (Research) at the Faculty of Social Sciences and the founding director of the Centre of Suicide Research and Prevention at the University. His mission is to identify and develop good practices to promoting wellness in the population. He is the Chair of the Research Committee of the Family Planning Association of Hong Kong (2012-present). He is a recipient of the Australia-China Alumni Award for Research (2019); a medal of honor from the HKSAR (2017); the Stengel Research Award(2011), outstanding supervisor and researcher of the University of Hong Kong in 2010-11 and 2009-2010 respectively; a distinguished alumni of La Trobe University. He has published more than 500 research papers relating to population health.

The Reimagining the Future Series
In the face of uncertainties, Asia Society Hong Kong Center has curated the Reimagining the Future Series to examine important issues in the region and the globe.  By  convening  leading  thinkers  and policy makers, we aim to foster city-wide exchanges and encourage discussion on issues affecting our shared  future,  including  trade  policy,  sustainable  economic  models,  culture,  public  health  and education etc.

Got Questions? Ask them here in advance (beginning November 23) or during the program:
https://app.sli.do/event/reyzuydv (code: # SocialSafetyNet)