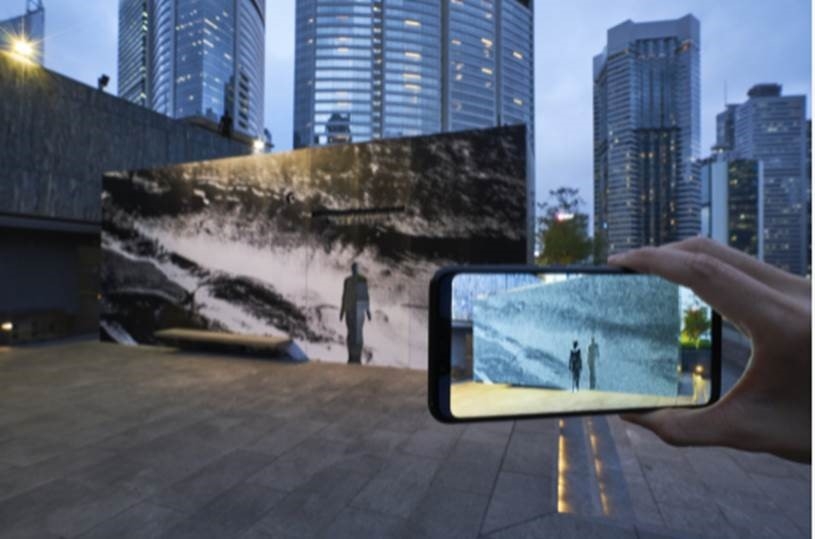 Bloomberg and Asia Society Hong Kong Center are proud to invite you to a special webinar with experts from the art world.

In this online session, teamLab, Corey Andrew Barr, Jennifer Pratt and Maurice Benayoun, with moderator Annabelle Droulers, will  come  together  to have  an  in-depth  panel discussion  on Digital Art—including its collection, the audience’s ownership through experiencing and participating, integration of traditional and non-traditional art, and its future in the art market.

teamLab (f. 2001) is an international art collective, an interdisciplinary group of various specialists such as artists, programmers, engineers, CG animators, mathematicians and architects whose collaborative practice seeks to navigate the confluence of art, science, technology, and the natural world.
teamLab aims to explore the relationship between the self and the world and new perceptions through art. In order to understand the world around them, people separate it into independent entities with perceived boundaries between them. teamLab seeks to transcend these boundaries in our perception of the world, of the relationship between the self and the world, and of the continuity of time. Everything exists in a long, fragile yet miraculous, borderless continuity.

Corey Andrew Barr is the Director of Art Central Hong Kong. He was formerly a Specialist in Contemporary Art and Head of Sales for Philips, where he also organised exhibitions of contemporary art, photography, and design in their New York and London showrooms. Barr was most recently Director of a prominent Hong Kong- and London-based gallery focusing on Asian Contemporary art and was responsible for influential gallery exhibitions and presentations at prestigious international fairs.

Jennifer Pratt is the Director of Art Fair Partnerships at Artsy.  Prior to returning to the US in 2021, Jennifer spent the past decade developing art platforms in the Asia-Pacific markets. During this time of explosive growth in the region, she led the Marketing and Communications team at Art Basel in Hong Kong through the launch of the fair, and then moved to develop the expansion of Artsy in the Asia-Pacific including spearheading its China market-entry.

Artist, theorist and curator, Maurice Benayoun (MoBen, 莫奔) is a pioneering figure in the field of New Media Art. Prof. Benayoun’s work freely explores the boundaries of media, encompassing video and virtual reality, interactive, mobile, urban media and large-scale public art installation. Prof. Benayoun’s work has been exhibited and awarded (Golden Nica Ars Electronica 1998…) in many major international museums including the Centre Pompidou in Paris, the museums of contemporary art in Lyon, Montreal, Seoul and Helsinki, Eyebeam and Museum of the Moving Image in New York, the Machida Museum, the ICC Tokyo, including the permanent exhibition inside the Arc de Triomphe, Paris, and Curator of the Open Sky Gallery on the ICC Tower media façade, HK.
MoBen is currently a Professor at the School of Creative Media, City University of Hong Kong and Chair of Graduate Studies Committee.

Annabelle Droulers is from Bloomberg's television team in Hong Kong. Working on Daybreak Australia and Daybreak Asia, she focuses on business and current affairs across the Asia-Pacific region. Prior to joining Bloomberg, Annabelle was with a major television network in Sydney. She has also spent time reporting from Thailand and Myanmar. (moderator)

Online
Tue 10 Aug 2021
4 - 4:45 p.m.
Hong Kong Time
Calculate your local time »
Register Now
20210810T160000 20210810T164500 Asia/Hong_Kong Asia Society: Appreciating and Collecting Digital Art In this online session, specialists will come together to have an in-depth panel discussion on Digital Art, including its collection, the audience’s ownership, integration of traditional and non-traditional art, and its future.