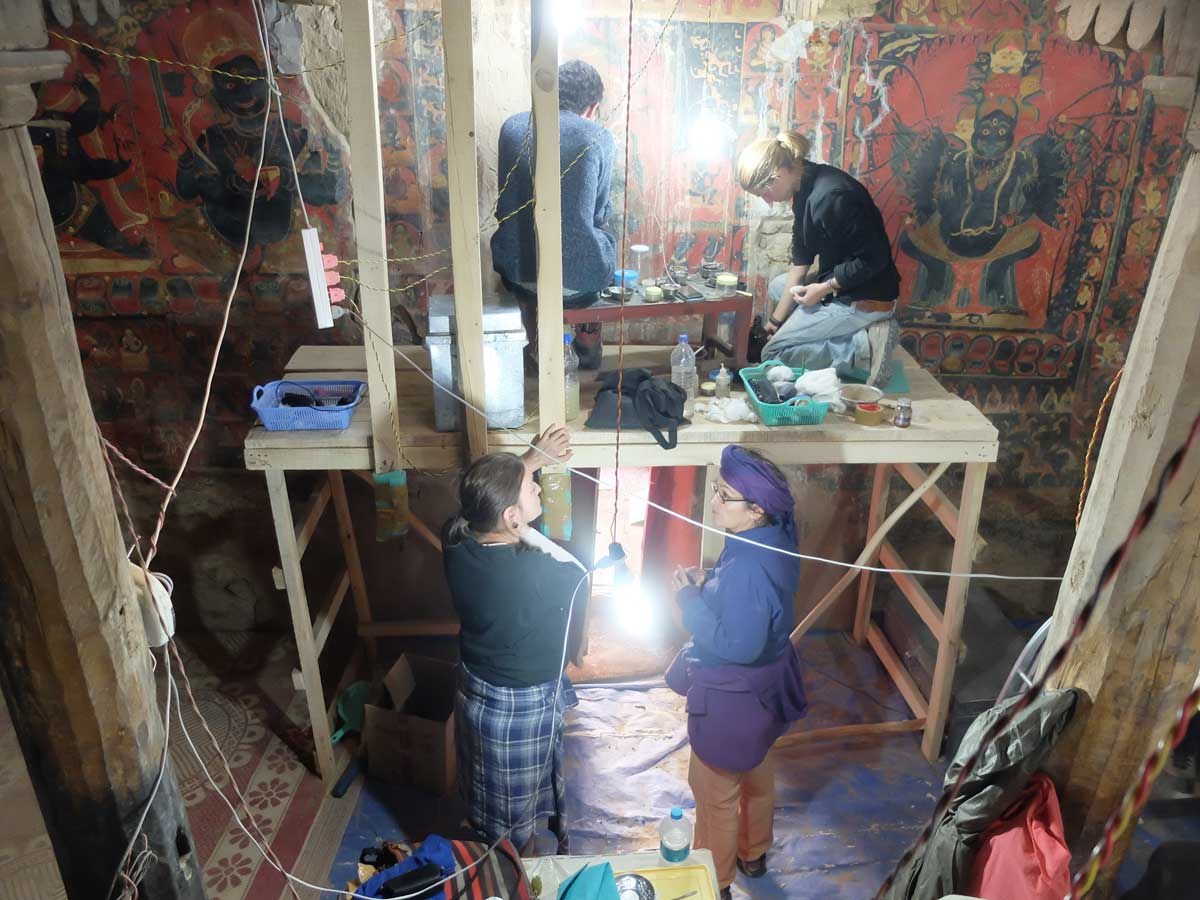 The unique architectural tradition that produced not only magnificent palaces and temples but fine residential buildings on the "Roof of the World" is now endangered. In the last few decades due to the dynamics in the region, planned and unplanned development and rapid global change have put at risk the cultural heritage of these regions, with great loss of tangible and living heritage. For more than 20 years, the Tibet Heritage Fund have been working on the conservation, restoration and rehabilitation of Himalayan architecture and cultural heritage, developing a community-based approach to conservation through working on more than 100 conservation projects in the region. Some of these projects have won UNESCO Asia Pacific awards. This evening presentation by Pimpim de Azevedo and Yutaka Hirako will take you through their efforts to preserve this unique architectural heritage, as well as to their vision for the future.

Pimpim de Azevedo is an artist and Tibetan architect conservator, with an MRes in Heritage Sciences (UCL). She founded the Tibet Heritage Fund with André Alexander in 1996. Pimpim was trained in traditional Tibetan architecture by master craftsmen in Lhasa, and together with Alexander developed a community-based conservation approach to old towns and settlements. She has since been working in this field.

Yutaka Hirako is a Japanese architect with a bachelor’s degree in Chinese Language and Culture. He has been working with the Tibet Heritage Fund since 1998 in China, Mongolia and India. Since 2012 he has served as Program Director of Tibet Heritage Fund and Leh Old Town Initiative, expanding his working area to the Himalayan regions of Sikkim and Ladakh. He is working to conserve Leh Old Town and to create a heritage zone and set of guidelines. Hirako’s conservation work won UNESCO Asia Pacific awards in 2009 and 2011.