1944: Memories of a Journey | Asia Society Skip to main content 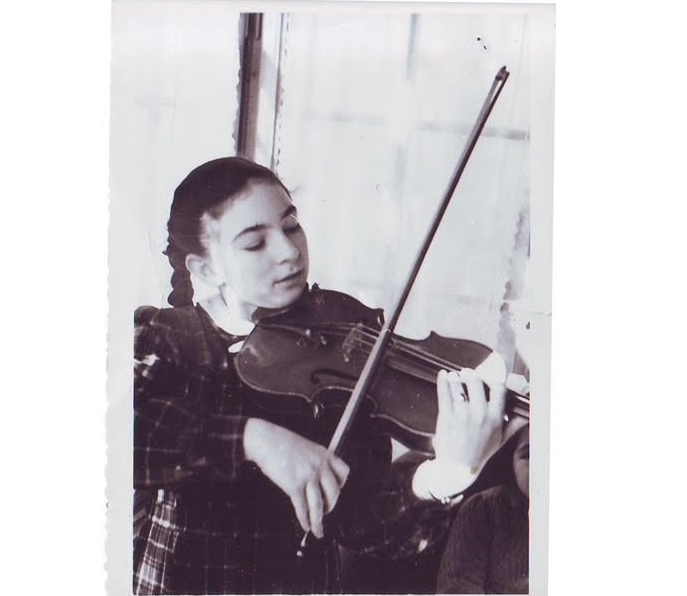 Eva Koralnik as a young woman

The United Nations Holocaust Memorial Day is the annual international memorial day designated by the United Nations to commemorate the tragedy of the Holocaust. The date of 27 January was chosen because it is the day when the Auschwitz concentration camp was liberated. To commemorate the history of the Holocaust, The Hong Kong Holocaust and Tolerance Centre and Asia Society Hong Kong Center are honored to host Mrs. Eva Koralnik, who will share her incredible story of survival.

Eva Koralnik was born in Budapest in 1936, the daughter of a Hungarian father, Willi Rottenberg, and a Swiss mother, Berta Passweg. Eva had a comfortable childhood, until the Germans invaded Hungary in 1944. From that point on, Jews from the Hungarian provinces outside Budapest and its suburbs were rounded up and the first transports to Auschwitz began in early May 1944. With the help of Harald Feller, a diplomat of the Swiss Legation in Budapest, Eva, her mother and baby sister, Vera, were able to escape to Switzerland. Willi Rottenberg was taken to a labor camp and joined the family only after the War in January 1946. Eva spent her childhood years in St.Gallen, and subsequently studied translation at Geneva University. After employment at the Jewish Agency in Geneva, Eva moved to Jerusalem to complete her studies at the Literary Department of the Hebrew University.  During the Eichmann trial in 1961 she was employed as a translator in the Court's Press Room. Eva went on to have an illustrious career which saw her run the Liepman Literary Agency in partnership.  The Agency represents many internationally renowned authors as well as a number of important Estates, such as that of Anne Frank. Eva Koralnik is married to film director Pierre Koralnik. They have a daughter, a son and four grandchildren.

Mr. Ronnie C. Chan is Chairman of Hang Lung Group Ltd. and its subsidiary Hang Lung Properties Ltd., both publicly listed in Hong Kong. The Group expanded into mainland China in 1992, developing, owning and managing world-class commercial complexes in key tier one and tier two cities. He founded and chairs the China Heritage Fund, is a co-founding Director of The Forbidden City Cultural Heritage Conservation Foundation, Beijing, and is former Vice President and former Advisor of the China Development Research Foundation in Beijing. Mr. Chan is a Fellow of the American Academy of Arts and Sciences, Chairman Emeritus of Asia Society and Chairman of its Hong Kong Center, and founding Chairman of the Centre for Asian Philanthropy and Society. He serves or has served on the governing or advisory bodies of several think tanks and universities, including Peterson Institute for International Economics, World Economic Forum, East-West Center, Pacific Council on International Policy, Eisenhower Fellowships, The Maureen and Mike Mansfield Foundation, University of Southern California, Indian School of Business, Yale University, Tsinghua University, and Fudan University. (Moderator)

The Hong Kong Holocaust and Tolerance Centre is a non-profit organisation dedicated to the promotion, across Asia, of education and awareness of the Holocaust and different genocides. The HKHTC actively promotes seminars, workshops, exhibits and remembrance events that use the lessons of history to prevent anti-Semitism, discrimination and genocide, as a way to advance tolerance and understanding among people, in order to make a positive contribution to our society and future generations.