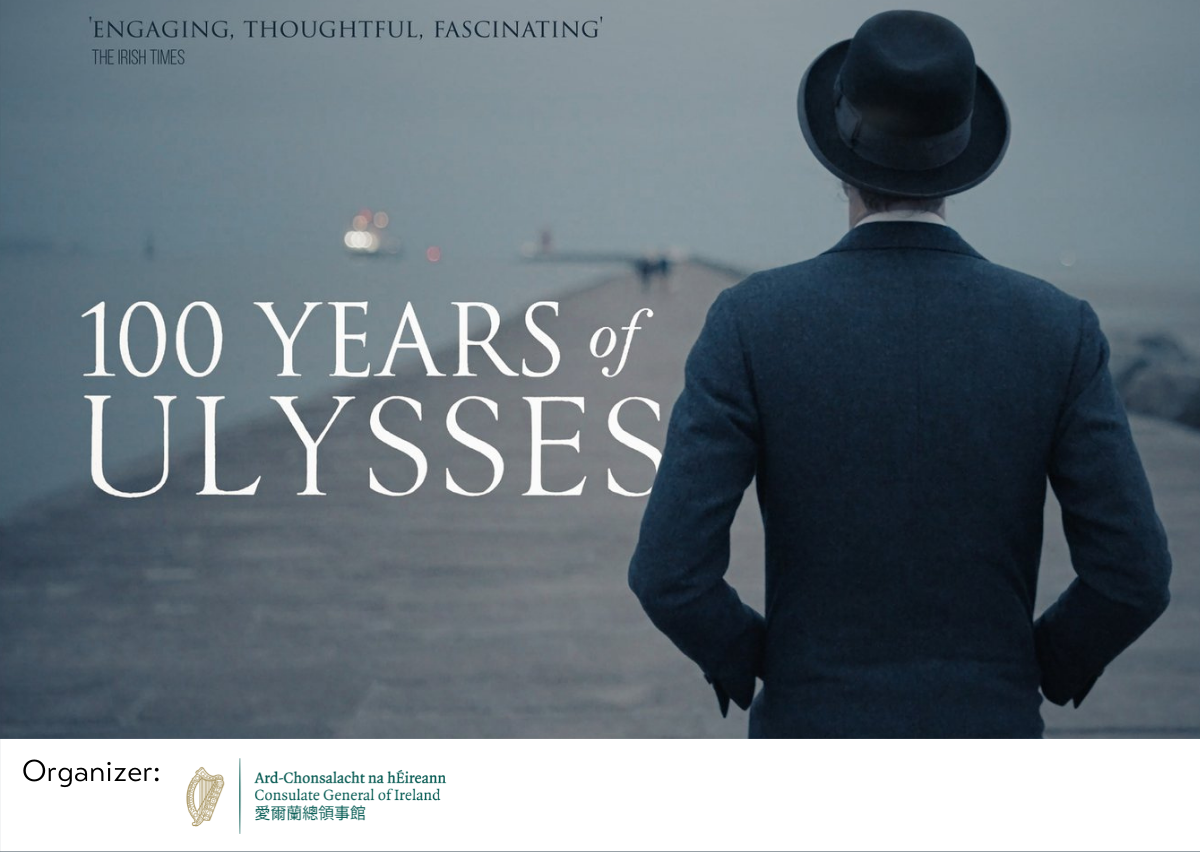 Produced to mark the 100th anniversary of publication of James Joyce’s Ulysses, “100 Years of Ulysses”, a one-hour documentary devised by historian, Frank Callanan and directed by Ruán Magan, sets out to unlock one of most impregnatable and explosive books of modern times. Featuring interviews with writers and scholars including Eimear McBride, Paul Muldoon, John McCourt and Margaret O Callaghan, illuminative archive film and photographs, art works by Jess Tobin, Brian Lalor and Holly Pereira and a beautiful original score by Natasa Paulberg, “100 Years of Ulysses” brings viewers on an enlightening journey into the heart of one of the most inspiring and influential novels and reveals how it remains as relevant today as it ever was.

Oliver Farry is an Irish journalist based in Hong Kong. He is currently Hong Kong correspondent for France 24 and Radio France Internationale (English) and he has also reported for TV5Monde, RTÉ, TG4 (Ireland), BBC Gaeilge, Radio New Zealand and Raidió Fáilte (Ireland). His print and online bylines include The Guardian, The Irish Times, The New Statesman, The New Republic, The Currency, The Millions, Berfrois, the South China Morning Post. In addition to news, he writes on a broad range of subjects such as books, film, photography, urbanism, food and drink and sport.

Dr Sarah Lee gained her doctorate in English and Comparative Literature from Goldsmiths, University of London, with a thesis on the connections between Anglophone literature and visual arts and the European avant-garde in the early twentieth century. She has taught at The Chinese University of Hong Kong, Hong Kong Baptist University and The Education University of Hong Kong, and has published on modernist studies, Yesi, digital pedagogy and philosophy of technology. In 2018 she translated an excerpt from Ulysses into Cantonese for reciting at Bloomsday events.

Dr Yvonne Wong holds a PhD in English Literature from Durham University, UK. She has published on Dorothy Richardson, popular culture, and her works have appeared on Hong Kong Review of Books. She has taught literature in the UK and in Hong Kong, and is currently teaching at College of International Education, Hong Kong Baptist University. Her research interests include modernism, phenomenology, women writers, space and place in literature and inter-arts studies.