Understanding Our Perceptions of Asian Americans 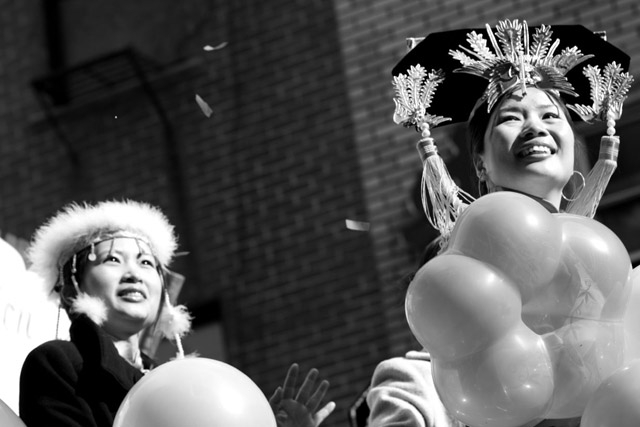 An overview essay on Asian Americans, including identity issues (perceptions and misperceptions, use of terminology, understanding demographics, and the extreme diversity contained within the term.

A waitress asked: "Where are you from?" I told her my great-grandfather came to work the mines in New Mexico. My grandfather was a tailor in Oakland and my mother was born in Stockton. And the waitress interrupted and without any hesitation said: "So how do you like your new country?" — a Chinese American attorney

He asked the price of beef. Then he said: "You Koreans charge too much." My brother said: "I'm not Korean, I'm Cambodian." But he's mad. He says: "You Koreans rip us off."— a Cambodian-born store owner

The growth and diversification of the Asian American population in recent years has been nothing short of phenomenal. Driven by sustained immigration and refugee resettlement during the 1970s and 1980s, Asian Americans have emerged as the nation's fastest growing racial group. Given that the school-age Asian American population doubled in the 1980s and is expected to double again between 1990 and 2020, our schools and the larger society must confront some critical questions. For example, what do we know and what can we teach and learn about Asian Americans?

Asian Americans number more than 12.5 million (in 2001) in the United States and represent more than thirty different nationalities and ethnic groups, including Samoan, Tongan, Guamanian, and native Hawai'ian from the Pacific Islands; Lao, Hmong, Mien, Vietnamese, Cambodian, Thai, Burmese, Malay, and Filipinos from Southeast Asia; Pakistani, Bangladeshi, Indian, and Sri Lankan from South Asia; Afghani and Iranian from Central Asia; and Korean, Japanese, and Chinese from East Asia. In 2000, the three largest Asian nationalities in the United States were Chinese, Filipinos, and Asian Indians. The diversity of Asian Americans, in terms of their various languages, cultures, and histories is remarkable.

Furthermore, within a single nationality, there are significant differences in regional dialect, religion, class background, educational level, and political perspective as well as distinctions based on generation, gender, and lifestyle orientation. Two Filipinos, for example, may have to communicate with each other in English because one's native language is Tagalog while the other's is Ilocano. In a group of Chinese, one may have come from rural China, another from cosmopolitan Hong Kong, a third from war-torn Vietnam, a fourth from Jamaica, and a fifth from Ohio—each with obviously distinct stories to share. Among three South Asian Indians, one may be a granddaughter of early Sikh immigrant farmworkers in California, another may be a university-educated Hindu who came to the United States originally as a foreign student, and the third may be a Guyanese-born store owner in Mississippi who attends a Baptist church.

Other factors also contribute to the diversity and complexity of the Asian American population, including the high rates of interracial marriage among some Asian groups who now have growing numbers of biracial/multiracial Asian American and Amerasian children. Furthermore, thousands of Asian children, particularly from Korea, have been adopted by families in the United States who may not be Asian American themselves. One may see, for example, a recently arrived Vietnamese Amerasian teenager who looks just like his African American father but speaks only Vietnamese or a Korean adoptee who may look obviously Asian but might be named Susan Williams.

There are critical distinctions between refugees and immigrants. Refugees are recognized as people who have been forced to leave their homelands because of well-founded fears or threats of persecution due to their background—their religious or political affiliation, for example. Refugees have typically suffered severe trauma, lost family members, and languished in refugee camps before coming to the United States. Unlike many immigrants, refugees leave their homelands without hopes or plans to return again.

Nevertheless, once here, Southeast Asian refugees share many experiences in common with other immigrants, such as the language barrier, culture shock, racial discrimination, and the challenge of starting new lives. Themes of work, family responsibility, generational change, community development, and investment in education link Southeast Asians to other Asian American groups, in spite of important social, cultural, and historical differences.

The process of defining who are Asian Americans is, in itself, a lesson in diversity and critical thinking with social, historical, and political dimensions. The term "Asian American" is preferable to "Oriental," which connotes rugs, spices, and other objects of western colonialism in Asia rather than people. The "Orient," after all, is a concept generated by the colonial experience. In contrast, the continent of Asia is an actual geographic location from which many people in the United States trace their origins.

Historic images such as the treacherous Fu Manchu, the exotic/erotic Suzy Wong, and the inscrutable Charlie Chan, coupled with contemporary depictions of the Japanese tourist and Samurai businessman, the dog-eating refugee on welfare, the gang member, and the violin-playing/whiz-kid/spelling bee champion, offer little of value in clarifying the identities and realities of Asian Americans. Yet, these pervasive stereotypes continue to shape how many parents, teachers, administrators, and students perceive Asian Americans, and how Asian Americans often view themselves.