The Tiger Mommy: A Controversial Look at 'Chinese Parenting' 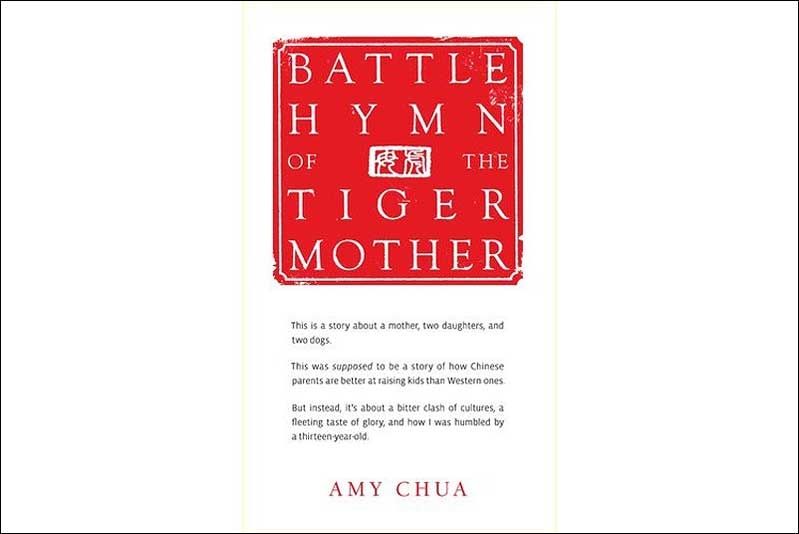 Last weekend, Yale University law professor and mother of two Amy Chua took to the Wall Street Journal to prove "Why Chinese Mothers are Superior." Her blunt assessment of the differences between "Western" and "Eastern" styles of parenting has roused spirited debate.

The essay, at times humorous and self-deprecating, is an excerpt from her upcoming memoir, Battle Hymn of the Tiger Mother. In the WSJ excerpt, Chua spoke of her upbringing in a strict Chinese family and explained her philosophy of parenting, which includes a heavy focus on academics and rigid self-discipline.

It also includes a litany of what she has forbidden while raising her daughters. Among them were sleepovers and any grade below an "A." Her children were also expected to be the No. 1 student in every subject "except gym and drama"—which is about the closest Chua comes to any kind of concession in her child-rearing.

The article comes in the wake of the Program for International School Assessment (PISA) ranking of international education standards in which American students placed lower than their Asian counterparts in math, science, and reading skills. The report, which US Secretary of Education Arne Duncan called "a wake-up call," has been a source of concern for educators and parents alike.

Although Duncan asserted that "being average in reading and science—and below average in math—is not nearly good enough in a knowledge economy where scientific and technological literacy is so central to sustaining innovation and international competitiveness," disagreement remains as to the effective long-term solution to strengthening the education system.

In light of the PISA findings, Chua's valorization of rote learning, for one, upends the increasingly popular approach to parenting and teaching that emphasizes independent self-expression.

Reactions to Chua's essay have ranged from outright derision to an appreciation of her conviction that "As a parent, one of the worst things you can do for your child's self-esteem is to let them give up. On the flip side, there's nothing better for building confidence than learning you can do something you thought you couldn't." Admittedly, this explanation does follow an anecdote about Chua refusing her daughter food, water, and bathroom breaks one evening until she mastered a piano piece she was struggling with.

While Chua's intention of raising intelligent, capable, and successful children is arguably a universal one, her implementation of this philosophy has raised some eyebrows—and even hackles—but equally garnered praise for its unapologetic honesty.

Tell us what you think. Is Amy Chua on to something? Is self-discipline uniquely lacking in American kids today? And do parenting styles affect a generation's long-term success and global competency?