Teaching and Leadership for the 21st Century

2012 International Summit on the Teaching Profession 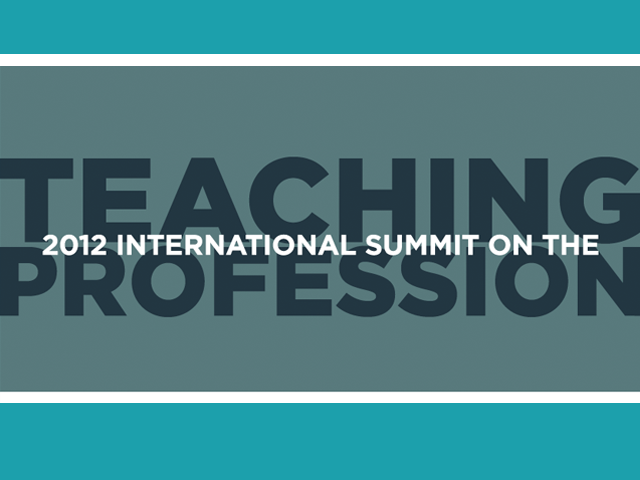 The question of how to reform education always comes around to teachers: how to train them, how to assess them, how to pay them, how to keep them—and the list goes on.

The United States isn’t alone in grappling with these issues. Education ministers throughout the world are faced with these same questions. Because of this, education leaders came together to share ideas and best practices at the International Summit on the Teaching Profession.

Delegations comprised of education ministers, leaders of national teachers' organizations, and other teacher leaders from countries and regions with high-performing and rapidly improving education systems gathered in New York City in March 2012.

The 2011 Summit was the first step in an ongoing dialogue among countries and regions about the best way to achieve and sustain high–quality teaching and learning. Summit organizers, led by Asia Society, collaborated to produce a publication on key lessons. A report from the 2012 Summit, also by the Asia Society is now available.