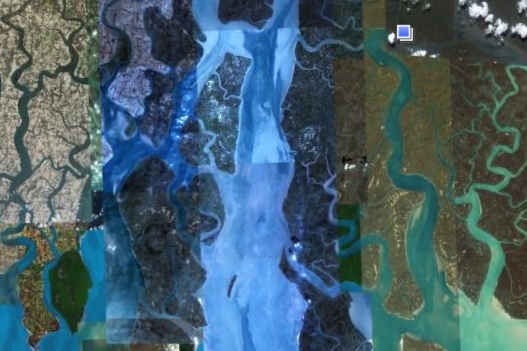 South Asia and India are located on a tectonic plate that has been shifting northward for millions of years. The shifts caused the region to slam into Eurasia, which pushed India up toward the Himalayas and the Tibetan Plateau. This, isolated South Asia from the rest of Eurasia with a barrier of mountains. In the northeastern border area between Myanmar, Bangladesh, and China, large flowing rivers—the Yangtse, Mekong, Irawaddy, Salween, and the Ganges—make a direct trip from India to China extremely difficult. Along India’s northern frontier, caravans historically passed through the Himalayas to transport salt to people in the Tibetan Plateau. In return, they exchanged animal products, turquoise, and other local goods.

India’s principal inland route went through the Indus Valley and over the Khyber Pass into what is now Afghanistan. Spices, pearls, gemstones, cotton cloth, and other goods traveled from India along the Silk Road route. India's eastern and western coastal cities served as intermediaries on sea routes linking East and Southeast Asia, the Middle East, and points beyond.

The subcontinent can be roughly divided into three broad geographic units: from the northwest Indus River to the northeastern region of the Ganga, or Ganges, Rajasthan and the Punjab Hills. The central area, south of the Vindhya mountain range, is called the Deccan. The southern region is separated from the rest of the land by the Nilgiri Hills.

The climate is largely tropical. Much of the subcontinent depends on the winds from the monsoon to blow rain across the Indian Ocean from June to October. The plains in the north, are less dependent upon the winds than is peninsular India because those rivers are fed by melting mountain snows.

Rajasthan, the third largest state of modern India, is located in the northwest. It is bordered on the west and northwest by Pakistan and borders the Indian states of Punjab, Haryana, and Uttar Pradesh on the north and east, Madhya Pradesh on the east and southeast, and Gujarat on the southwest. The northwest is, in general, sandy with little water and includes the Thar Desert. The southeast area is more fertile with hilly areas and flat plains.