What's Next for U.S.-China Economic Relations? 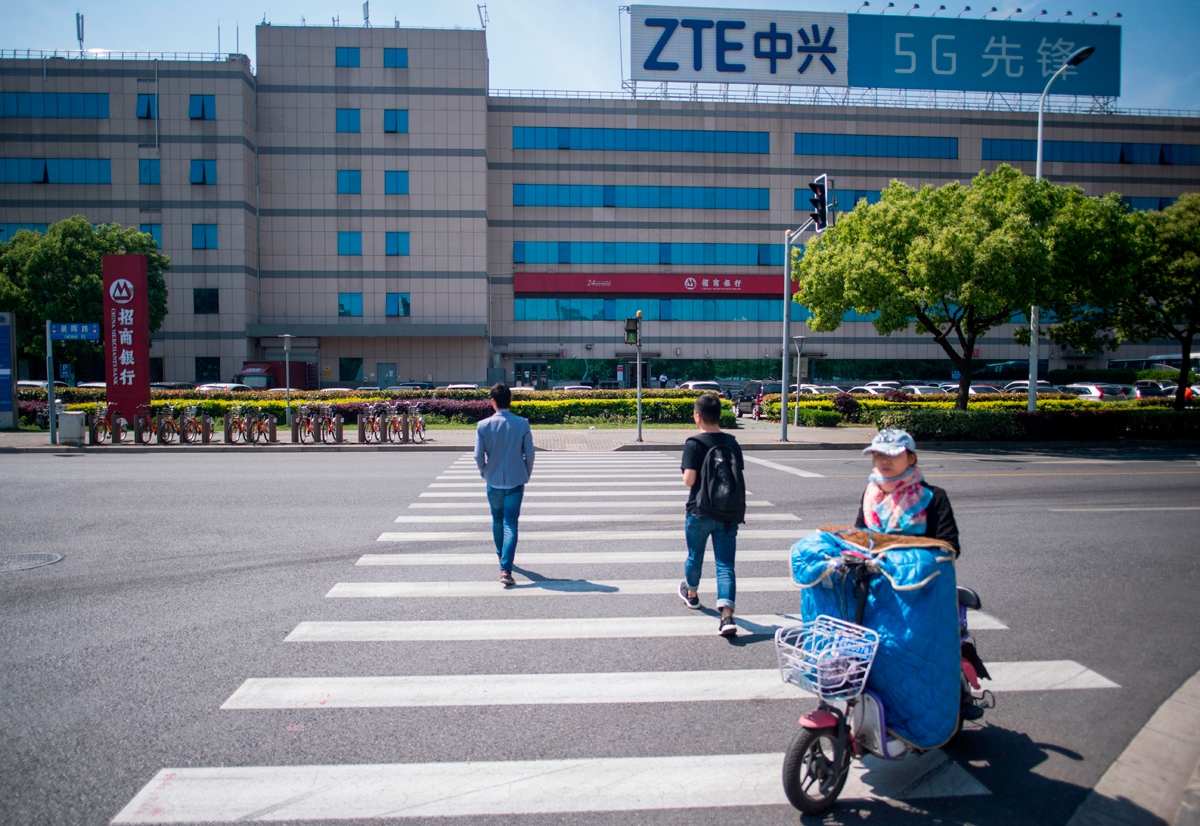 This picture  (taken on May 3, 2018 shows the ZTE logo on an office building in Shanghai. (Johannes Eisele/AFP/Getty Images)

As last Tuesday's summit between President Trump and North Korean leader Kim Jong Un recedes from the news, global attention now turns to the looming prospect of a trade war between the United States and China. On Friday, President Trump announced that the U.S. would impose tariffs on $50 billion worth of Chinese goods, a move certain to meet retaliation from Beijing.

The current dispute over trade form just one part of the complex, evolving relationship between the United States and China, the world's two largest economies. To get a better sense of where China is headed, and what Washington should do about it, Asia Blog recently spoke to Arthur Kroeber, a longtime expert on the Chinese economy. The conversation has been edited and condensed for clarity.

The most recent findings of the China Economic Dashboard, a collaboration between the Asia Society Policy Institute and Rhodium Group, indicate that China's economic reforms are mainly stalling and, in some cases, going backward. Why do you think that's happening?

I'm not certain that "reform" is really the right lens through which to view the Chinese economy. Their original aim was to create a successful mixed economy that would be well-integrated in the global economy, deliver broad-based income gains, and engineer rapid growth. And that's what they've got.

I think there was a lot of wishful thinking in the West that the universal laws of economics would inevitably force the Chinese state to liberalize the economy because otherwise, they wouldn't be able to forge economic growth. But China has shown that it's perfectly able to achieve six to seven percent growth annually with large state sector involvement, and as long as that keeps happening they won't be forced to do anything.

The grand strategy for the U.S. and the West over the past three decades has been to integrate China into the global economy. Given the recent struggles of working-class people in the West, was this strategy, in retrospect, a mistake?

Absolutely not. I think that this was absolutely the correct strategy. Having China as a constructive player in the global economy, with their interests aligned with peace and stability and not with stirring the pot, is a gigantic achievement. Only people who were willfully ignorant of the problems that existed before and willfully blind to the enormous benefits could make that kind of statement.

However, bringing China into the global economy — which involved moving hundreds of millions of low-wage, poorly-educated workers into the manufacturing sector — was a huge shock and one of the things that contributed to the reduction of manufacturing employment and wage reduction in the U.S.

To my mind, that's an understandable and practical cost of bringing China into the global economy, which was a massive achievement. But the U.S. has done a terrible, terrible job of helping people adjust to that trauma. The failure wasn't in the China policy. It was in the domestic policy. There could have been a lot more investment in education and infrastructure.

Even if President Trump hadn't been elected in 2016, was there a need to reassess U.S. policy toward China?

Yes. To get back to the previous question, folding China into the global economy was the correct strategy — but it had an expiration date. China became powerful and then decided to do things its own way. They wanted to build their own sphere of influence in Asia and influence global institutions in a way that better reflected their values.

What that meant was that the West has already accomplished its goal of bringing China into these institutions, and the current situation required a fresh approach — regardless of who got elected in 2016. And I think that's occurring now.

But there are two reasons why it's difficult to determine what's going on. One is President Trump. He's such a completely chaotic force. The other is that there's no consensus in the administration beneath him of what U.S. policy toward China should be. Everyone can agree that the old policy was no longer functional. But there's a lot of debate beneath Trump about what to do next without any real coalescence from the top.

Is the era of economic interdependence between the U.S. and China coming to an end?

The short answer is no. For one, the U.S. is still China's second-largest export market, behind Europe, accounting for 17 to 18 percent of exports. Then look at [Chinese telecommunications giant] ZTE. Can they do without America? No, they can't. They're dead within weeks if they can't get their components from America. The ZTE story served as a good reminder of the high degree of interdependence in the tech sector in general — something that's going to be hard to abandon.

A lot of the products produced in China rely on U.S. components. Over 40 percent of Chinese exports are produced by foreign-invested firms, many of which are, if not American, then American subcontracted. Seventy to 80 percent of high-tech exports involve foreign-invested firms. So even if relations can get bad in a political sense, the economic reality of interdependence is real.

How similar is the U.S.-China economic relationship to the German-British relationship on the eve of World War One?

I know there was a lot of trade between Germany and Great Britain before World War One, but I think that the level of cross-border investment was much lower. Trade is mobile, but investment is not. So that's a very, very large fact on the ground working against politics causing too much of a problem.

What do you think Beijing thinks about President Trump?

I think they take him pretty seriously. Partly, that's due to the Chinese predisposition. They have an imperial system, effectively, and they see America as basically having one too.

When Trump took office in 2017, I think the Chinese made two basic judgments. One was that Trump is a protectionist and isolationist, and that he would weaken the U.S. position in international affairs — which was an opportunity for China. That's why Xi went to Davos and presented himself as a defender of free trade.