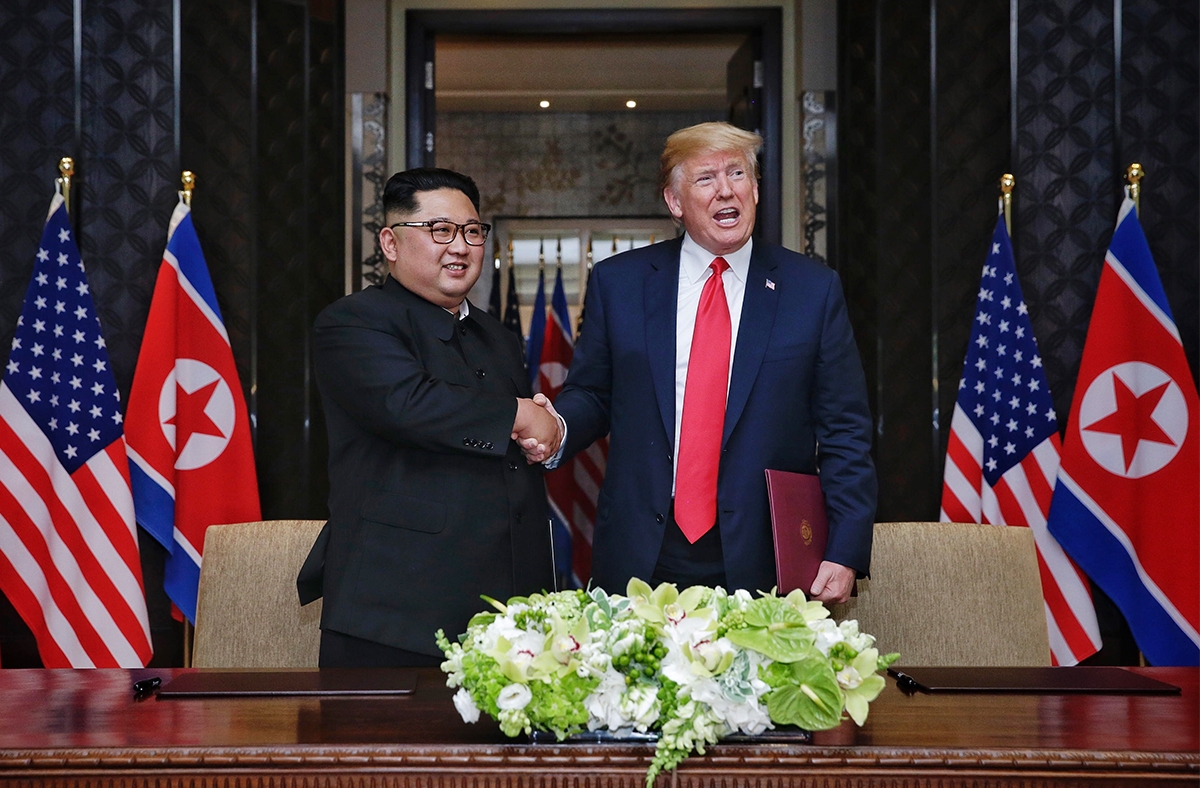 Following the conclusion of his four-hour summit meeting with North Korean leader Kim Jong Un in Singapore on Tuesday, President Donald Trump said that he was “very proud” of what took place, and, quite simply, that “there is no longer a nuclear threat from North Korea.”

The optimism and camaraderie shared between the two men may indeed represent a “paradigm shift” in a relationship that, as recently as last year, seemed steps away from war. But in substantive terms, the joint communique signed by Trump and Kim offered only vague promises from Pyongyang to denuclearize the Korean peninsula in exchange for an American security guarantee. According to Daniel Russel, vice president for international security and diplomacy at the Asia Society Policy Institute, this represents a major win for Kim.

“There is not one gram of fissile material moving out of North Korea,” he said on Wednesday at Asia Society, where he discussed the deal with fellow diplomat Wendy Sherman. “Barely a mention and nothing in the joint statement of the ballistic missile threat. Cynicism aside, naivete aside, when you objectively do the arithmetic, this comes out dramatically in Kim Jong Un’s favor.”

North Korea’s gains from the summit didn’t end there, Russel said. He noted that North Korea has established separate bilateral relationships with the United States, South Korea, China, and Japan, undermining past attempts of those countries to isolate Pyongyang and box Kim in — an abrupt shift from just six months ago.

He added that Kim Jong Un’s maneuvering in 2018 is consistent with North Korea’s general international strategy: create a crisis, raise threats and tensions, take responsibility for de-escalating the situation, and use that leverage for international favor.

“President Trump left Singapore without leverage, and Kim Jong Un returned to Pyongyang with his ability to threaten the United States intact,” he said.

North Korea wasn’t the only country to emerge from the Singapore summit in a stronger position. Sherman argued that South Korea and China should also be pleased with the outcome.

“If there is a Nobel Prize to be given, I’d give it to him [South Korea President Moon Jae-in],” she said. “He was elected to get engagement going, to move forward. He’s taken every opportunity to do that from the Olympics. He’s really shepherded this forward. And the other big winner out of this is China. Having the joint exercise stopped is part of China’s dream. They now have Kim Jong Un poised to last for a while, which is also in their interest. So I think China is a big winner.”

Watch the full program in the video below: