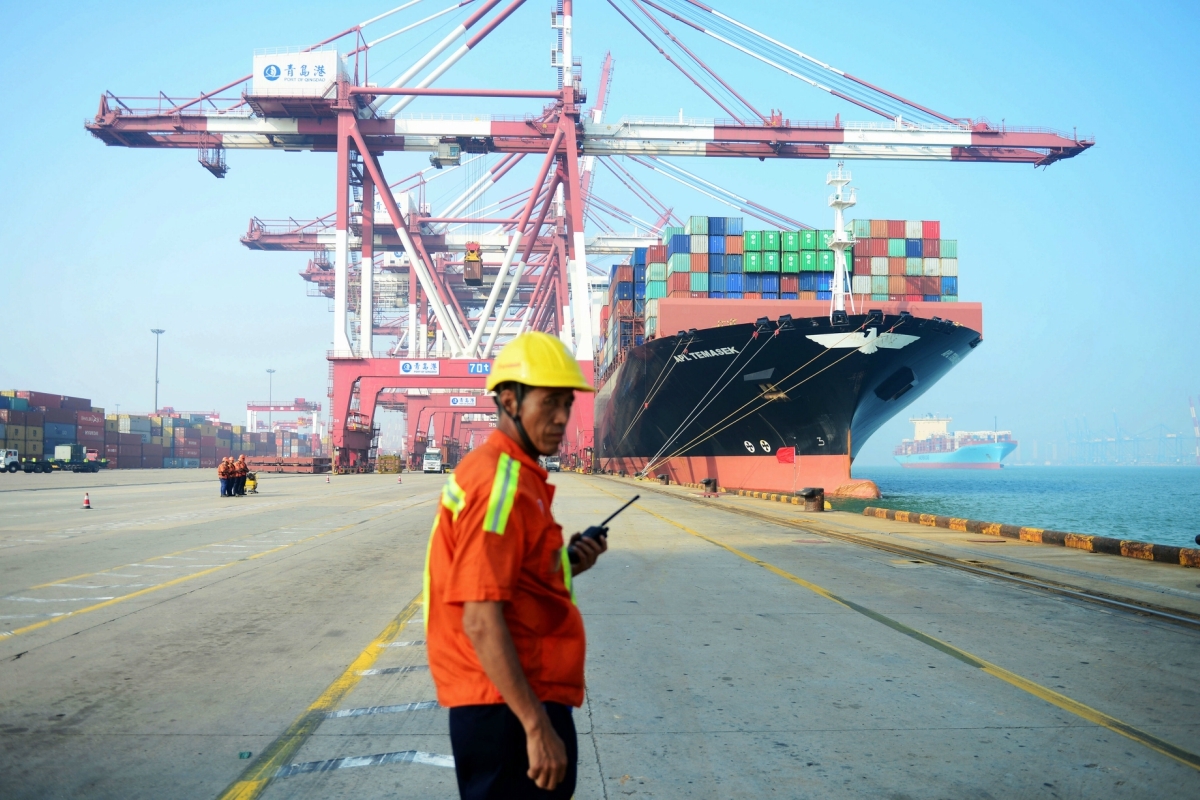 A Chinese worker looks on as a cargo ship is loaded at a port in Qingdao. Friction between China and the U.S. may derail trade negotiations planned for this week. (STR/AFP/Getty Images)

On May 3, Wendy Cutler will join Rhodium Group founding partner Dan Rosen at Asia Society to discuss the China-U.S. trade relationship. The conversation will be available via live webcast at 8:30 a.m. New York time.Learn more

This week’s high-level trade talks between China and the United States may be over before they even begin, reports the New York Times:

The Chinese government is publicly calling for flexibility on both sides. But senior Beijing officials do not plan to discuss the two biggest requests that the Trump administration has made over the past several months, according to people involved in Chinese policy-making. Those include a mandatory $100 billion cut in America’s $375 billion annual trade deficit with China and curbs on Beijing’s $300 billion plan to bankroll the country’s industrial upgrade into advanced technologies like artificial intelligence, semiconductors, electric cars and commercial aircraft.

According to the Times, a breakdown in trade talks between China and the United States would accelerate concerns that the two countries — by far the world’s two largest economies — could engage in a trade war with severe global repercussions. President Donald Trump, for his part, has publicly suggested that such a scenario would benefit the United States. Not everyone is so sure.

“China has become a much more confident country at a time when the U.S. is withdrawing from engagement in the Asia region,” Wendy Cutler, vice president of the Asia Society Policy Institute, told Asia Blog. “Beijing feels more comfortable standing up to Washington in an environment where they feel politically strong and view Trump as a relatively weak leader. Whether or not this perception is true, it’s how Beijing views things.”

Trump’s assertive prosecution of U.S. trade policy is consistent with a campaign promise to renegotiate agreements that, he said, have weakened the United States. But in recent weeks he has encountered resistance from constituencies like the agricultural community, who fear the damage wrought by tariffs, and congressional Republicans who have traditionally supported free trade.

In spite of press attention devoted to their differences, Cutler cautioned against overreacting to preliminary statements from American and Chinese officials. But she has low expectations about this week’s talks.

“I suspect there will be very important side conversations, informal conversations, which might be more useful than what goes on in the formal meeting,” she said. “I don’t see this as a meeting in which we’ll hear a successful outcome of trade issues. It’ll be the first meeting of many meetings to come.”