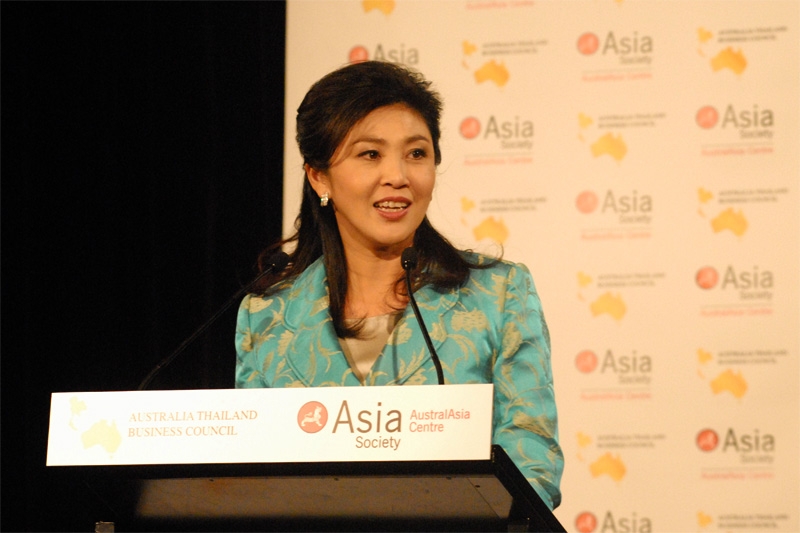 SYDNEY, May 28, 2012 — Thai Prime Minister Yingluck Shinawatra made it clear that Thailand is open for business in an address at a special dinner hosted here at the Shangri-La Hotel by Asia Society Australia Centre and the Australia-Thailand Business Council.

The Thai PM was touring Australia to mark the 60th anniversary of diplomatic relations between Australia and Thailand. Her visit is especially significant because Shinawatra is Thailand's first female Prime Minister.

Alluding to the close relationship between the two countries, Shinawatra argued that Australia and Thailand have much in common, and emphasized that Thailand is both politically stable and open to Australian investment.

"We share similar values of democracy, respect for human rights and rule of law," she told the audience here. "So we both see the need to address challenges to regional and human securities such as transnational crimes and terrorism."

Shinawatra was accompanied by senior Thai ministers. Her visit included a reception with her Australian counterpart Julia Gillard in Canberra to discuss closer trade and security ties between the two countries and meetings with a focus on investment and tourism.

Thailand is Australia's second largest trading partner in ASEAN, and in 2010-2011, two-way trade between the two countries totaled nearly $20 billion.