Senator The Hon Penny Wong, Leader of the Opposition in the Senate and Shadow Minister for Foreign Affairs 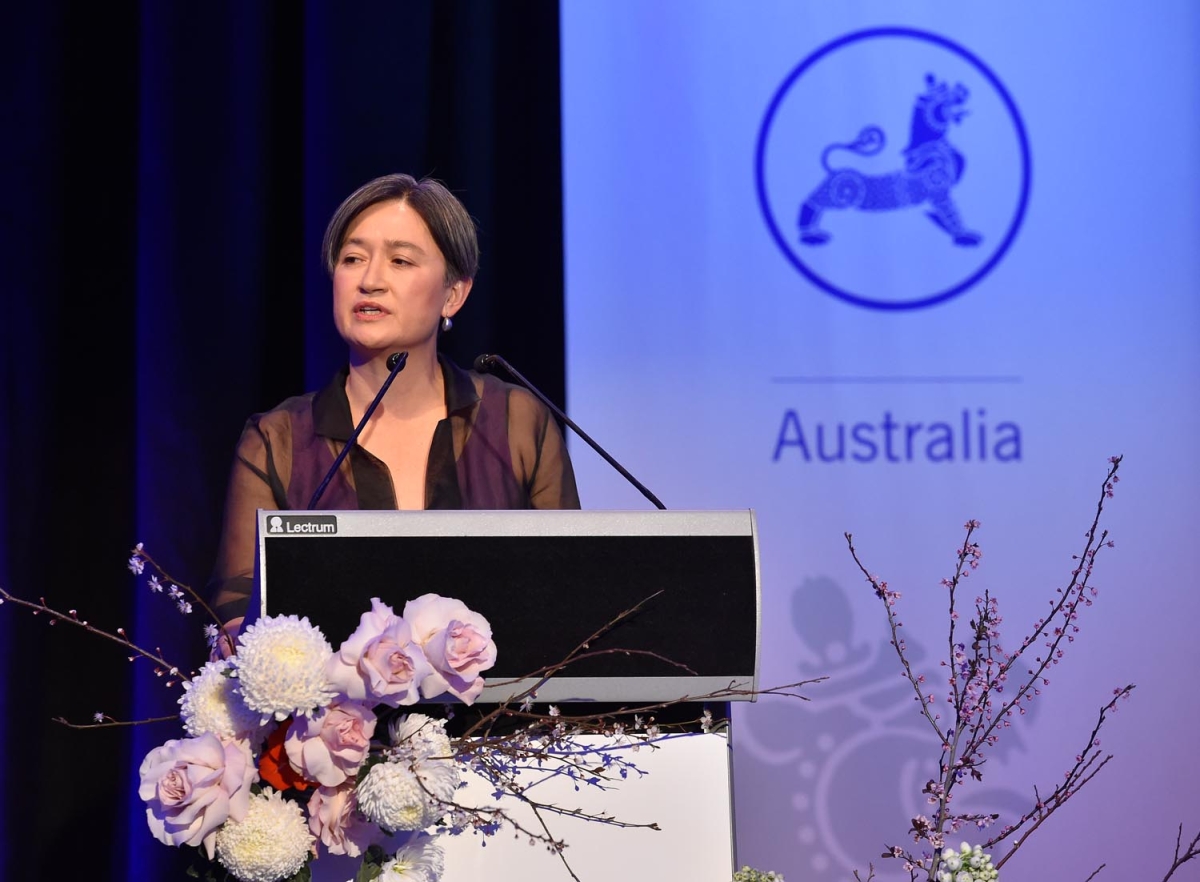 May I begin by acknowledging the Gadigal People of the Eora Nation, the traditional custodians of this land and pay my respects to the Elders both past and present.

When the Asia Society Australia was formed twenty years ago, in the early years of the Howard Government, it was in Australia’s interests to maintain the momentum in our Asian relationships established by Gough Whitlam and his successors.

This momentum has been maintained by both sides of politics in Australia.

Our relations with Asia are complex and dynamic, and governments of both persuasions have made, and continue to make, a collective effort to define, shape, and reshape our place in Asia.

The Asia Society Australia has played a crucial role in that effort, and will continue to, as our relations with Asia continue to evolve.

Tonight’s anniversary dinner, attended by so many who have themselves been key players in Australia’s multi-dimensional relationships with Asia, is a wonderful opportunity to reflect on Australia’s great tradition in regional diplomacy.

Some of you may recall Gough Whitlam’s tour of South East Asia in early 1974. In a series of speeches that resonate even today, Gough outlined what we would now call a transformational foreign policy, a foreign policy as much about vision and strategy as about the day-to-day business of diplomacy.

Speaking to the Singapore Press Club on 8 February 1974, Gough said:

It is precisely this mindset that needs to inform Australia’s foreign policy now.

Gough Whitlam displayed courage as well as confidence. These are qualities we still need in managing our future with Asia.

Just a few months after that speech in Bangkok, Australia opened its Embassy in Beijing.

Dick Woolcott, who is here tonight, and Stephen FitzGerald also played a great part in forging our relationship with China.

At the time, Gough wrote:

We seek a relationship with China based on friendship, cooperation and mutual trust, comparable with that which we have, or seek with other major powers. . . . We . . . need to measure our actions carefully so that we do not give the Chinese the impression that we are careless of our own interests. They are themselves hard-headed realists, and it would be unnatural of them not to take advantage of us or hold us in contempt for apparent weakness.

To celebrate its 20th anniversary, the Asia Society Australia has published an excellent set of essays entitled Disruptive Asia: Asia’s Rise and Australia’s Future. Philipp Ivanov points out that Australia will need to ramp up its diplomacy in the region and accentuate the Asia focus of our foreign policy. He also notes that the Australia-China relationship will continue to be our most important and complex, though I would add that a re-imagined and re-energised relationship with Indonesia is as important.

David Epstein warns us against complacency, against assuming that we have a greater role in Asia’s growth and prosperity than we really do. We have to work at our prosperity, expecting no favours from Asia, but looking instead to the sort of engagement that Martijn Blanken calls for in his essay, and that Julia Gillard advocated in her Australia in the Asian Century White Paper.

In a disrupted world, we need to build our cultural, economic and political knowledge of Asia.

A report published this month by PWC, the Institute of Managers and Leaders, and AsiaLink, entitled Match Fit: Shaping Asia Capable Leaders, reminds us of the task ahead. The headline message is: “The level of Asia capability among the leadership of ASX200 companies today is alarmingly low”. Out of a possible score of 30, the average Asia capability score of ASX200 boards is just 6.42.

As my friend and colleague, the Shadow Treasurer, Chris Bowen has already outlined, a future Labor Government will pursue a step change on economic engagement with Asia.

Asia capability is not just about language, it also covers knowledge of Asian markets, the capacity to operate and form trusted relationships in Asia, understanding of cultural contexts, and the capacity to deal with government.

Australia has a largely unrealised advantage as we seek out our place in Asia and build up our Asian capability. As Tim Soutphommasane rightly says, “how Australia relates to Asia will, to some degree, be shaped by how we deal with the cultural diversity within our borders.” Embracing Asia starts at home, and Australia’s advantage is the capacity of our people and our multicultural values.

With its distinguished membership, the Asia Society Australia is well positioned to assist Australian companies to improve their performance in Asia.

So as I congratulate the Asia Society Australia for a job well done in its first two decades, I encourage it to continue making Australia a real participant in Asia’s realisation of its prospects in this century. As we contribute to Asia’s prosperity and security, so will we benefit.

Engagement is the key to making the most of the Asian century.

On that note, I’d like you all to join me in a toast to the Asia Society — for 20 years of advancing Australia’s engagement with Asia, and for your continued advocacy for the national interest in years ahead.

This address was given as part of Asia Society Australia's 20th-anniversary dinner, presented in Partnership with Blackmores.