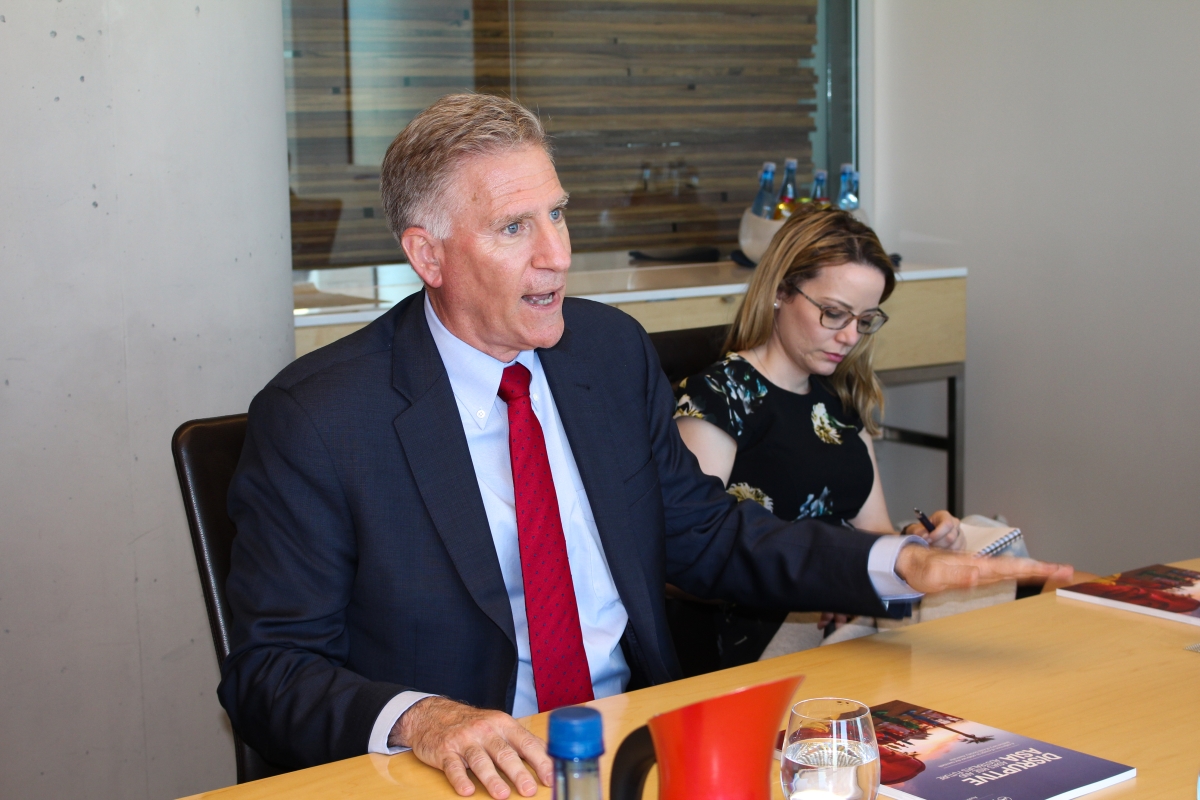 Asia Society Australia was pleased to host U.S. Chargé d’Affaires, James Carouso, at a board briefing yesterday in Sydney. Building on remarks by U.S. Secretary of State, Mike Pompeo, about the "Trump administration’s strategy for advancing a free and open Indo-Pacific, and why U.S. business engagement is at the center of it", James Carouso confirmed Australia should expect to see an increase in U.S.-led economic engagement initiatives.

As Australia refocuses its foreign policy towards Asia, James Carouso reminded the board that a rising China should not be likened to a declining U.S. role in the region.

James Carouso is a career member of the Senior Foreign Service, class of Minister-Counselor. He arrived in Canberra in July 2016 as the Deputy Chief of Mission, and assumed the role of Chargé upon the departure of Ambassador John Berry in September 2016.

This is Mr. Carouso’s second tour in Australia. As an economic officer based in Canberra in the early 2000s he was a member of the negotiating team for the Australia-U.S. Free Trade Agreement (AUSFTA). Today, this agreement underpins the U.S.-Australia economic relationship, which is as strong and dynamic as ever.

Mr. Carouso’s experience in Australia is matched by his knowledge of the region. During a posting to Bangkok, he took part in negotiations towards a free trade agreement with Thailand and served as the Counselor for Economic Affairs at the U.S. Embassy in Jakarta, as well as directing the State Department office responsible for relations with the Philippines, Indonesia, Malaysia, Brunei, Singapore, and East Timor.

In the course of his 22-year career with the State Department, Mr. Carouso also served in a variety of economic and commercial roles in the Dominican Republic, South Africa, and Cyprus. He joined the diplomatic corps in 1995 following a 14-year career in international banking and finance.

Mr. Carouso holds a degree in Economics from Hamilton College and a Masters in International Finance from the American Graduate School of International Management. He is joined in Canberra by his spouse, Elizabeth Visbeek. 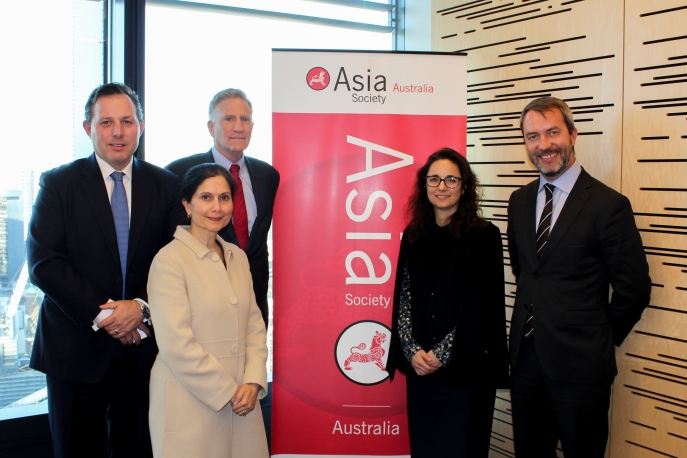 This event was proudly hosted by KPMG.