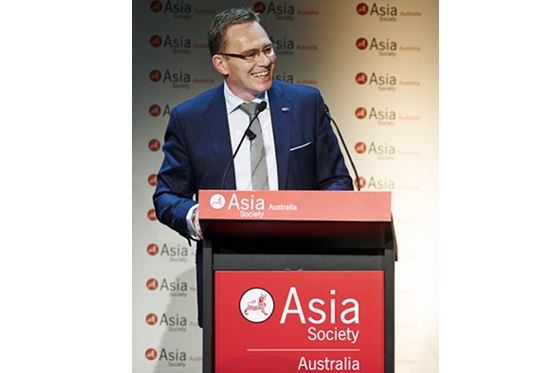 In an upbeat address, his first in Australia since assuming his role in May, Mackenzie told the function, "We expect even stronger growth in the demand for commodities."

"Only a handful of countries, of which Australia is one, can currently deliver the volume of resources required for Asia's continued economic growth.

"But Australia must compete hard against both existing and emerging suppliers.

"Australia is in pole position to do so, with decades of mining experience, a highly skilled workforce, a track record of innovation, proximity to Asia and great geology and infrastructure. But these will not be enough.

"Industry and policy makers must now re-commit to Australia's future competitiveness to make sure Australia remains a supplier of choice and captures the substantial economic benefits available for current and future generations. So we must all get much sharper at productivity."

Mackenzie acknowledged that the bulk of the productivity challenge sat at industry's feet.

"We are focused on working smarter to produce more from our ore bodies, plant and machinery," he said.

But governments had to rise to the challenge.

"Their role is to provide: efficient regulatory systems; foreign, fiscal and trade policies that encourage stability and open markets; and a modern industrial relations framework that draws employees and employers onto the same page so that all sign up to a team that wants to win.

"All of us must now move quickly from words to action so that all our nation's strengths are directed towards urgent and ground-breaking pro-productivity reforms. History shows: get this right and Australia and Asia benefit."