AUKUS and Beyond – Managing the Messaging with our Indo-Pacific Partners 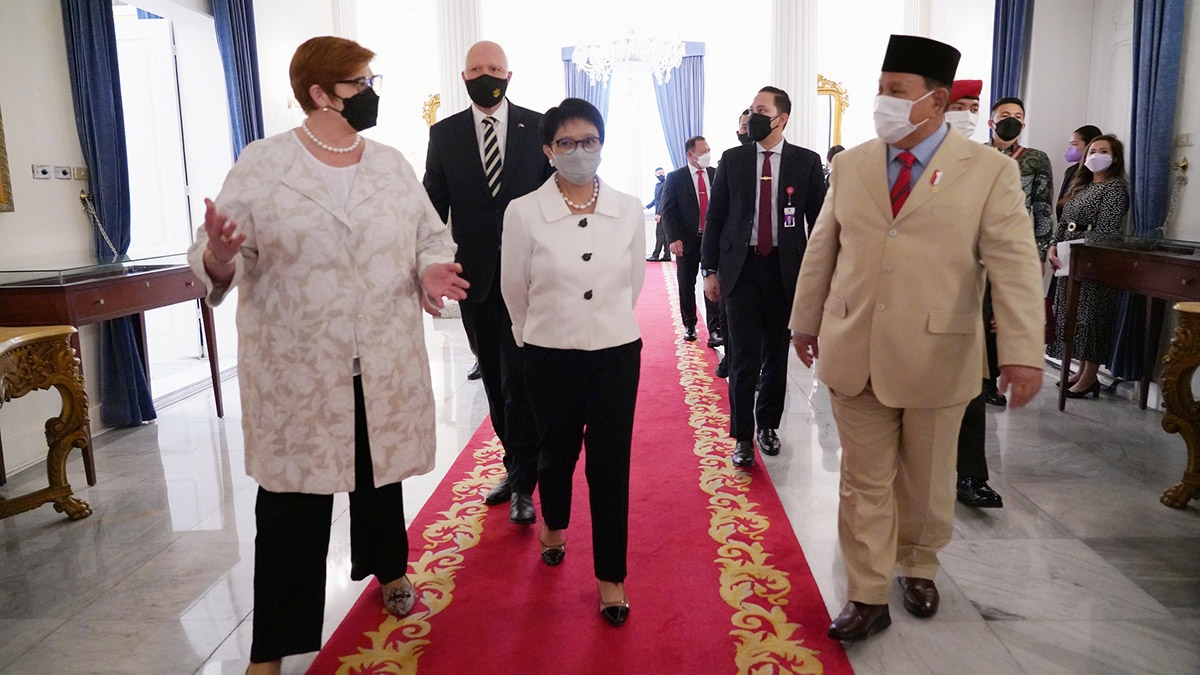 As is normal in diplomatic language none of the leaders specifically named China as the driver behind the establishment of AUKUS. However the joint statement noted that the “security challenges in the Indo-Pacific region have grown significantly and that military modernisation is occurring at an unprecedented rate and capabilities are rapidly advancing and their reach expanding”. So it is clear that China’s rapid military expansion, territorial aggression in the South China Sea, cyber infiltration and other destabilising actions are behind this generational strategic coalescence.

The reaction from Beijing has been predictable with calls for the US, the UK and Australia to abandon their “cold war mentality or risk harming their own interests”. The Chinese Communist Party mouthpiece, The Global Times, referred to Australia as the “running dog” of the US harking back to cold war language and reminiscent of former “deputy sheriff” commentary.

As has been reported, the AUKUS concept has been brewing for some time in secrecy with only a handful of leaders and trusted advisors involved. This is not surprising given the scale and scope of the move and these kind of international engagement activities are often close hold. What is surprising is that it did not leak before the public announcement.

The public messages are all positive and explain how AUKUS builds on the three nations’ longstanding and ongoing bilateral ties, complements existing the regional security architecture and supports international norms, such as freedom of navigation rights in international waters. This has the strategic aim of maintaining and promoting the security and prosperity of the region which has underpinned economic development for the past 70 years.

Unsurprisingly, the headline grabber has been around Australia’s decision to acquire nuclear submarines. However there are other elements of the announcement that went largely unnoticed in the mainstream media but will be picked up by military officers and strategic planners in the region. These include areas that form the backbone of ‘grey zone’ operations, including cyber capabilities, artificial intelligence, quantum technologies, and additional undersea capabilities.

More hard edge kinetic capabilities that may cause concern, or pause at least, include the decision to acquire Tomahawk Cruise Missiles (which enable our Navy ships to strike land targets at greater distances); Joint Air-to-Surface Standoff Missiles (provide our F/A-18 A/B Hornets and in future, our F-35A Lightning II the range to hit targets out to 900km); Long-Range Anti-Ship Missiles; and accelerating the $1 billion sovereign guided weapons manufacturing enterprise.

This package is an immense shift in Australia’s defence capabilities.

Apart from the Chinese reaction and disappointment from the French over the Future Submarine contract being scrapped, other nations in the Indo-Pacific have so far been muted on the announcement – publically at least.

Our diplomatic posts around the Indo-Pacific will now be briefing counterparts on AUKUS and the strategic rationale behind its establishment to comfort regional partners that it is not directed towards them. All three nations will need to manage engagement with Indo-Pacific allies and partners skilfully and ensure that we are all singing from the same song sheet.

This is especially important for Australia given our place in this part of the world and to reassure our neighbours that it is not Australia’s intention to lead an arms-race in the Indo-Pacific. So the messaging and engagement are key – we don’t always get this right.

Our closest and most important partner – the Republic of Indonesia

The Australian and Defence Ministers visited Indonesia on 9 September as the first leg of their Indo-Pacific tour which will culminate with the Australia-United States Ministerial Consultations (AUSMIN) in Washington DC this week. This was symbolically very important and demonstrates our commitment to the bilateral relationship.

"Australia and Indonesia are committed to ensuring our region remains safe and secure, peaceful and prosperous," Mr Dutton said. "Our nations are age-old natural neighbours and good friends, and our respect mutually and our engagement is at an all-time high”.

This is true, but Indonesian watchers will know that the relationship go through peaks and troughs for a range of reasons, including from live cattle disputes to surveillance of Presidents and (most distressingly for Indonesians) Presidential family members.

There are no signs yet that the AUKUS announcement will adversely impact the bilateral relationship and it is unlikely. It is also conceivable that Minister Dutton and Payne laid the groundwork during their Jakarta visit. However we have kicked own goals in the past by poor engagement and messaging. The 2011 announcement that the Northern Territory would host an annual rotational force of United States Marine Corps troops is a case in point.

When this announcement came it saw an immediate reaction from the Indonesian military (Tentara Nasional Indonesia or TNI) demanding an urgent explanation from Australia on these plans and questioning the need for a military build-up on the country's doorstep. There were genuine concerns at very senior levels in TNI that this was a move leading towards an Australian-led invasion of West Papua. Our involvement in the International Force East Timor in 1999 is not forgotten and suspicion still exists in certain quarters.

While there were briefings provided to the Indonesian leadership by the Australian Ambassador and other officials prior to the announcement as is normal practice, there was a reluctance by Defence to bring TNI leadership into our thinking sooner that we should have to clearly explain the rationale behind the decision. There will always be suspicion around new decisions like this and sometimes it provides a stick for those who don’t share the love of Australia to wield. However it can be mitigated with the appropriate engagement.

Following several senior TNI “please explain” notices, Defence flew a group of TNI generals from all three services to Darwin to provide a briefing and tour of facilities that the Australian Defence Force and US Marines would use, a demonstration of types of training and exercising and so on. This simple act diffused the situation and probably could have been done before the announcement was made without giving away the political kudos.

Following the AUKUS announcements, I have spoken with many Indonesian colleagues and overall there seems to be no real concern. However several current and retired senior Indonesian TNI leaders expressed to me their “confusion” about Australia “acquiring nuclear weapons” noting that “Indonesia and ASEAN have already declared the region as a nuclear free zone”. This in itself is a concern and may be something that has been ‘lost in translation’. In his public statements Prime Minister Morrison has made it very clear that Australia is not seeking to purchase nuclear weapons, rather it is the nuclear propulsion system that will be used for the Future Submarine program.

Nevertheless, it is important that we get this engagement right, especially as AUKUS is bedded down and we see more defence and national security announcements out of AUSMIN and beyond.