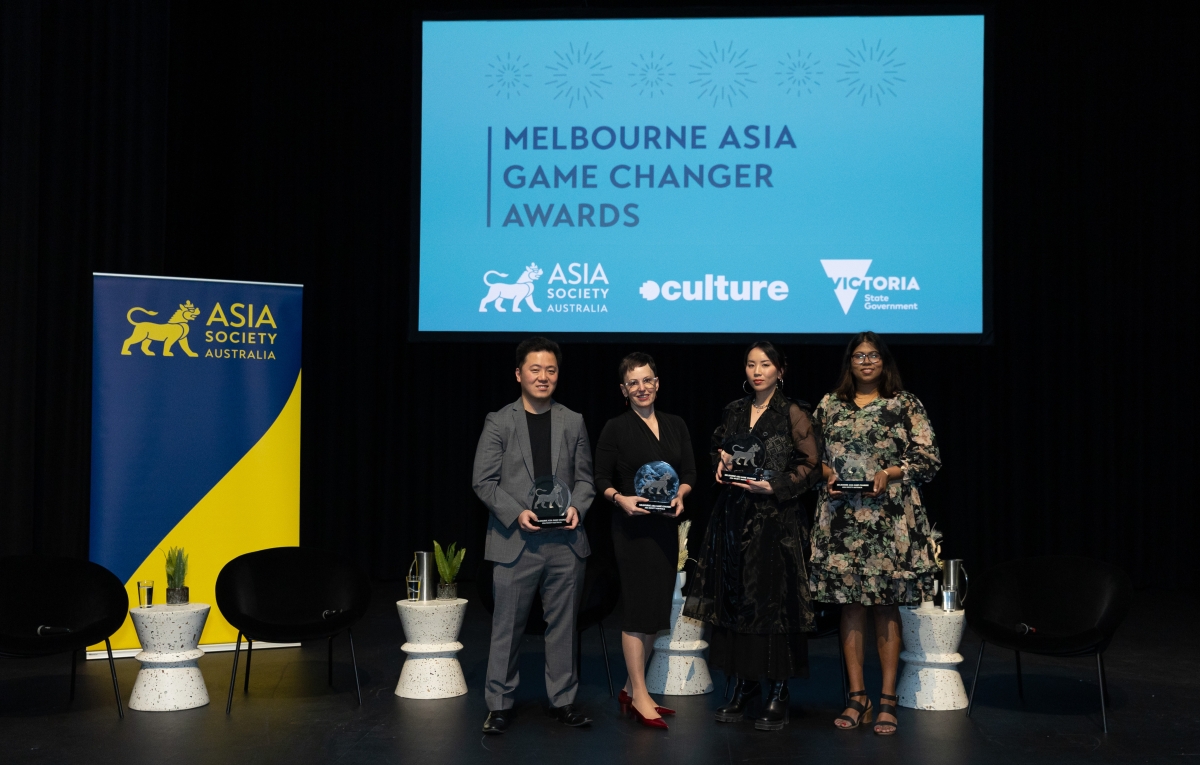 Gathered at Melbourne’s iconic Capitol Theatre, four dedicated and impactful individuals were celebrated for their passion and work in reactivating their communities in a post-pandemic world.

This year’s awardees are:

Hosted by Asia Society Australia in partnership with RMIT Culture, and MC’d by broadcaster and journalist Beverley Wang, the Melbourne Asia Game Changer Awards, in their second year running, this year focused on honouring champions of recovery.

The night focused on four outstanding people who have made a significant effect on our community and kept us connected with Asia following the COVID-19 pandemic and all its disruption.

Building on the Asia Society global initiative launched in New York in 2014, the Australian incarnation of the Asia Game Changer series brings greater acknowledgement to Australians who are making a meaningful impact across the region in the fields of the arts, health, science, sport, business, media and community advocacy.

Congratulations to this year’s well-deserving winners – the commitment each awardee has shown to their industry and keeping Australia and Asia connected through that work is inspiring.