“Renewables are coming. They are the growth area of opportunity, coal is not.” 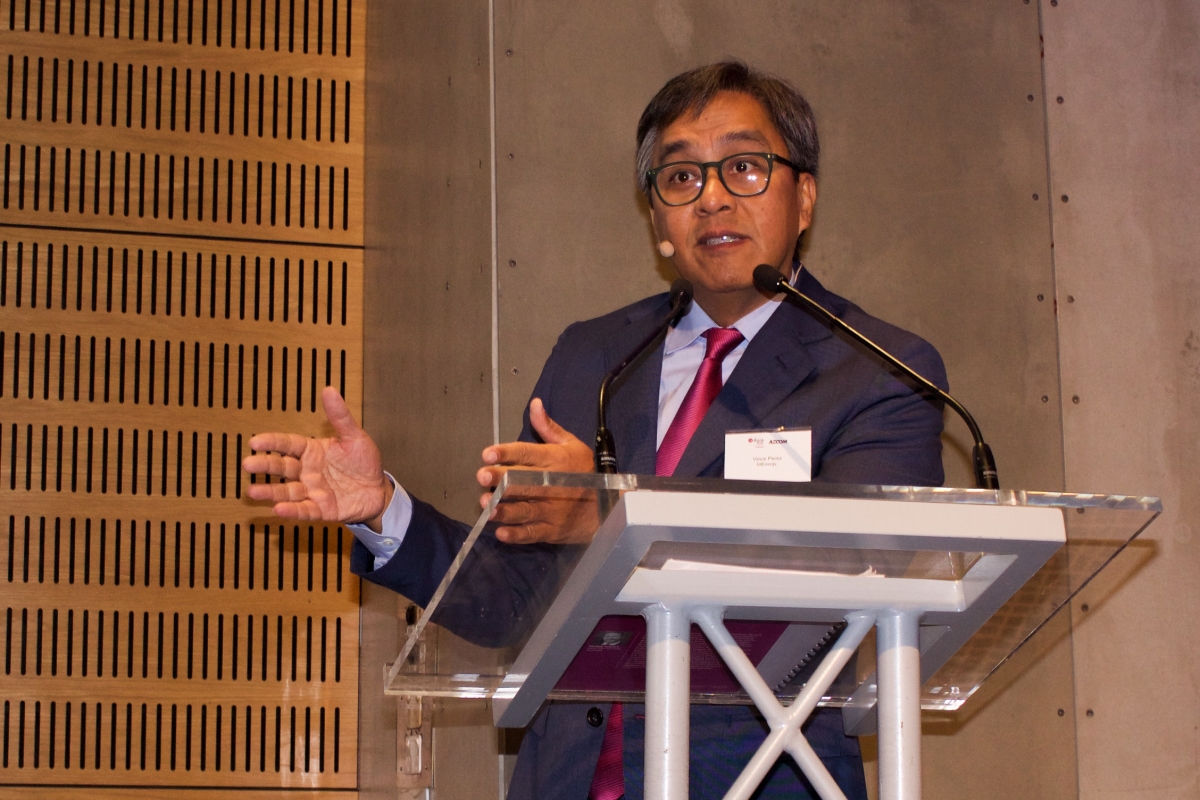 While Asia leads the way to greener pastures, Australia remains far behind in the energy game.

This was the prevailing message at Asia Society Australia and AECOM’s partnership event, Imagine Melbourne: Lessons from Asia — Towards abundant, net-zero-energy by 2060.

“We are the least prepared for electric cars,” said Keynote speaker, Vince Perez, Chairman of Alternergy and Former Minister for Energy of the Philippines.

Currently, Victoria’s energy model encompasses only 16% renewables. The state has proposed a 20% increase by 2020, compared with neighbouring states 50%. The panel urged Victoria to raise targets, yet warned they would fail to meet even the low 20% threshold if they did not adapt current energy networks, regulations, and standards of consumption.

The same holds for Australia in the international sphere. It is one of few nations that does not have energy efficiency targets, carrying the lowest standard fuel and tailpipes in all vehicles. Whilst Warner acknowledged that Australia is a super power as far as energy is concerned, he explained that it’s holding is purely fossil fuel based.

“We dig our resources out of the ground,” he said, when really we have a “wonderful opportunity to bottle our sunshine.”

He reiterated the need for Australia to ramp up its energy game to remain competitive, but more importantly to shift its narrative from a country that is very good at sending waste off-shore to a country that exports sustainable solutions.

Hydrogen transported as ammonia was accorded as the energy of the future, and it was strongly advised that Australia embrace, not oppose, these opportunites in new energy markets.

It is Asian nations that are leading the path to de-carbonisation with advances in wind and solar technology. Seen to come primarily from political instability, Helen explained how this plays into green objectives.

Australia’s reluctance to wean itself off coal was seen to stem from a knowledge deficit on energy generation and consumption. The reality is that from burn to electricity, 70% of energy produced by coal is lost. This margin reduces to a mere 10-20% with renewables explained Warner.

“It is important to convey what we lose with our current very low density energy systems,” Helen reinforced.

The beauty of renewables is that they are run out of a central electrical grid that feeds a multitude of electrical zones. Unlike coal, this set-up de-couples energy generation from consumption meaning the grids absorb energy when there is too much and switch off when there is too little. Ultimately this allows energy to be stored and directed proportionally to where it’s needed.

Changing energy systems is however only part in parcel of the energy conundrum. The panel explained how this has to be teamed with an increase in energy efficiency and a reduction in usage.

“The electricity and energy mix needs to change, but so too must the systems that support it. It has to be a circular system with zero waste...We still need to use less than we use now, we can’t just build, build, build with renewables, we won’t be able to keep up with energy consumption rates,” said Tony.

This is where the green citizen comes into play. Vince was hopeful Victoria would follow in the foosteps of the Danish. Already 50% of commuters in Copenhagen go by bike. The city hosts an array of bike-lanes and is now moving to establish bike high-ways.

Whilst the panel did not foresee “car-free” cities, they envisaged an increase in bike and pedestrian-only zones, and an increase in electric operated ride-share vehicles.

“We need to make people less focused on car ownership and more focused on car usage, let’s elimate the mindset that I have to own a car,” said Vince.

All around Asia other nations are already leading the way with incentives for electric car use. Korea offers $6000 subsidies and Japan plus $8000 for people to purchase battery-operated vehicles. The panel agreed that demand, regulation, and incentive back home needed to lift.

“If we don’t get on board we’ll get left behind.”

The panel was concerned that all we are seeing is a coalition of private companies pursuing the Paris Climate targets. They were adamant that Australia’s move to renewables needed to be government driven.

Despite its unremarkable start, Vince was optimistic for the future of Australian energy, seeing the land and weather conditions which have bred a successful farming industry as a strong fit for renewables. 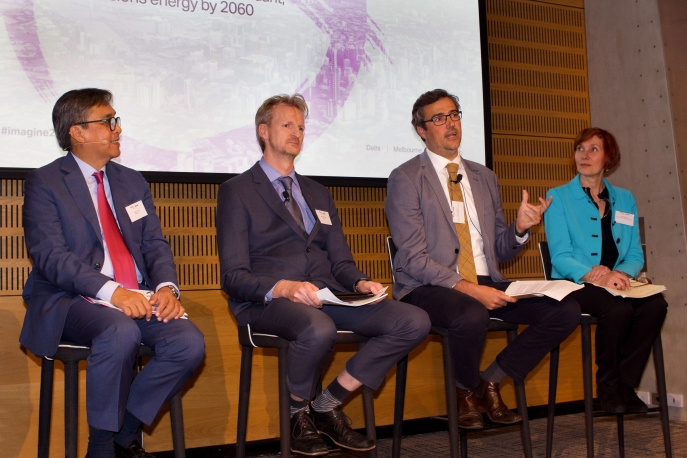 The Melbourne event marked the second of a three-year global partnership between Asia Society and AECOM. This year Imagine 2060 considered ‘air’. Launched in Delhi, the series will now move on to Hong Kong.

Our Global Initiatives programs bring together the best of our 14 centres to Australia. Convened as both stand-alone events and ongoing collaborations, Asia Society Australia combines global reach with local networks to deliver an international portfolio of programs.

This event was presented in partnership with AECOM.