The US and India Stumble Toward a Trade War 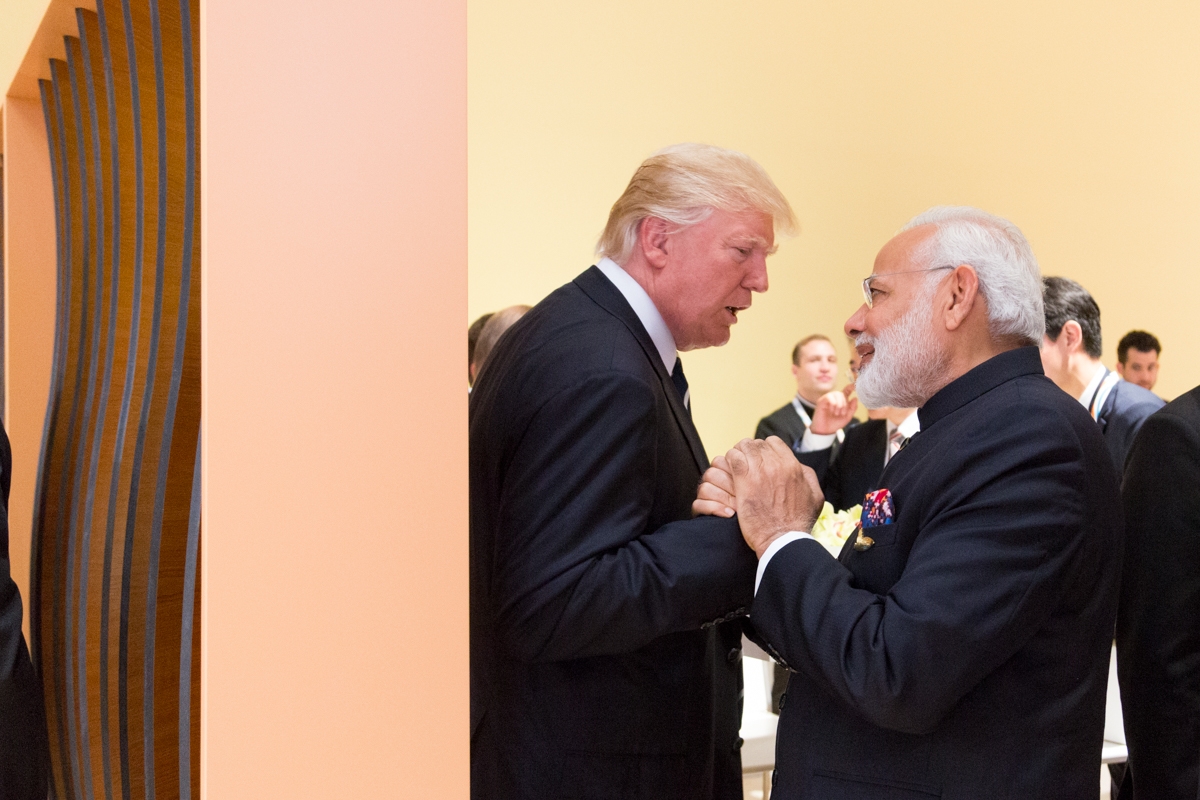 President Donald Trump and Prime Minister Narendra Modi greet each other at the G-20 summit in Hamburg, Germany, on July 7, 2017. (Shealah Craighead for The White House/Flickr)

Asia 21 Young Leader Sadanand Dhume writes on the less-talked-about risks of economic friction between the US and India. Following is an excerpt of the op-ed published in the Wall Street Journal on June 27, 2019.

In New Delhi Wednesday, Secretary of State Mike Pompeo talked up U.S.–India ties and called for “a new age of ambition” between the two democracies. But in a tweet late that night President Trump called high Indian tariffs on U.S. exports, imposed earlier this month, “unacceptable.” Mr. Trump is scheduled to meet with Prime Minister Narendra Modi at the Group of 20 summit in Osaka, Japan, Friday.

Mr. Trump’s approach is shortsighted. It pays far too much attention to tariffs and a small and declining bilateral trade deficit. By supplying ammunition to his Indian critics, the president needlessly jeopardizes a deepening strategic partnership centered on defense and counterterrorism. And though many U.S. complaints about Indian economic policies are well-founded, airing them on Twitter only makes it harder for Mr. Modi to address them without being seen as kowtowing.

Economic friction between the U.S. and India isn’t new. U.S. trade negotiators have long battled to increase market access, lower tariffs, and strengthen protection for intellectual property. But what was once a sideshow risks becoming the main event. According to media reports, the U.S. is considering launching a broader investigation into Indian trade practices, which could kick off a full-blown trade war.