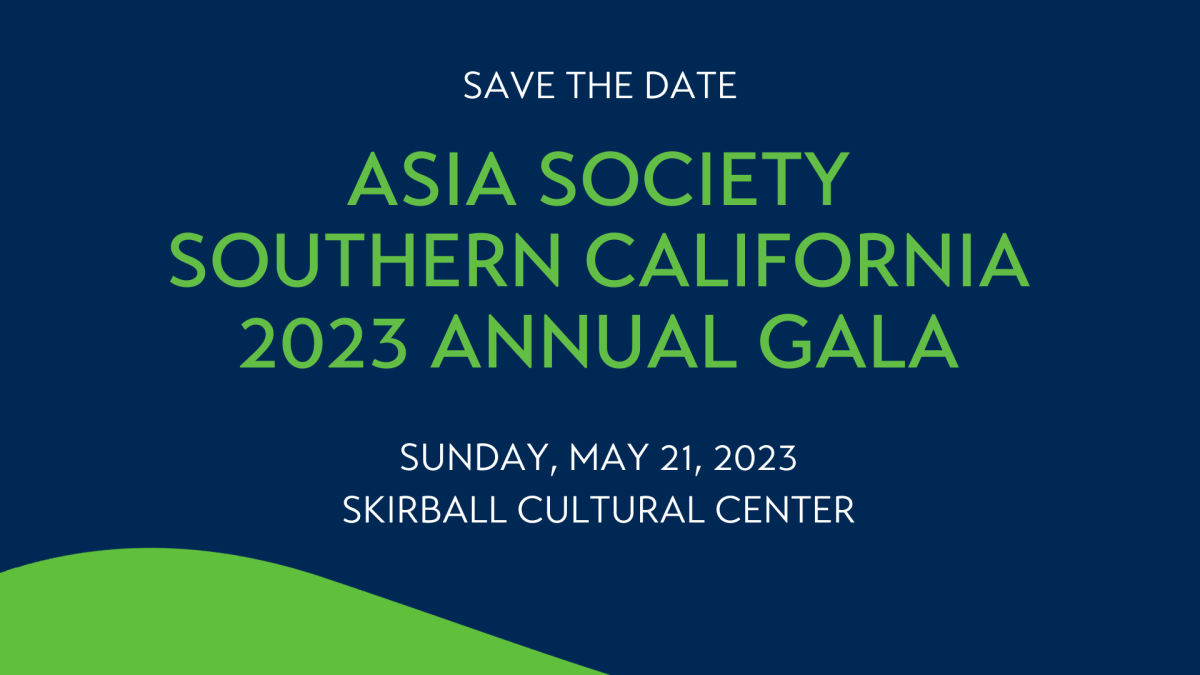 The Annual Gala is a premier event attended by leading figures from the fields of business, arts, culture, entertainment, and sports from across the Southern California region, the U.S., and Asia. Each year, Asia Society Southern California (ASSC) recognizes outstanding leaders who epitomize ASSC's mission of cross-cultural understanding. Southern California’s diversity, openness to people of all cultures, and thus its ability to attract big dreamers take center stage at this highly anticipated annual event. Take a look at last year's Gala highlights HERE.

Please stay tuned for more announcements. For more information, please visit our FAQs page. If you are interested in sponsorship opportunities or have additional questions, please contact info_la@asiasociety.org.

Awkwafina is an award-winning actress, writer and producer from Queens, New York. She grew up with her given name, Nora Lum, and has since used her trademark comedic style and signature flair to become a breakout talent in the entertainment industry.

Lum can be seen in her Comedy Central Show, Awkwafina is Nora From Queens, which she created and stars in, as well as Disney's Shang Chi and The Legend of the Ten Rings, Jumanji: The Next Level, and MGM’s Breaking News in Yuba County. Lum received glowing reviews for her starring role in the indie darling The Farewell, where she won the Golden Globe Award for Best Actress – Motion Picture – Musical or Comedy. She can also be heard in Universal's The Bad Guys as Ms. Tarantula, and Disney’s Raya and the Last Dragon.

Lum brings an impressive range of talent to everything she does, most famously to Warner Bros' smash hit Crazy Rich Asians, opposite Constance Wu, Michelle Yeoh, Henry Golding and Ken Jeong, in which she starred as Peik Lin. Lum hosted Saturday Night Live that same year as part of the show's 44th season.

Her first book, Awkwafina's NYC, a travel guide to New York, was published by Penguin Random House in 2015.

Lum became an internet sensation in 2012 with her satirical work in the viral video "My Vag," and her 2014 debut album, which featured her acclaimed raps "NYC Bitche$," "Mayor Bloomberg (Giant Margarita)," and the title track, "Yellow Ranger."

She currently resides in Los Angeles.

Sonia Cheng is the chief executive officer of Rosewood Hotel Group, leading a team of seasoned industry professionals to spearhead the regional and international expansion of Rosewood Hotel Group. Cheng is also vice-chairman of Chow Tai Fook Jewellery Group, which comprises one of the largest conglomerates in Hong Kong and executive director of New World Development Company Limited and New World China Land.

Toni Ko is a serial entrepreneur with a proven track record in developing and building highly successful brands. Toni’s unwavering entrepreneurial spirit has armed her with over 20 years of experience in omni-channel strategies and global brand expansion, generating over one billion dollars in retail revenue in her career.

Toni first disrupted the beauty industry in 1999 with the introduction of her first company, NYX Cosmetics. She was the first to deliver professional, richly pigmented products at affordable prices and recognized the power of influencers long before collaborating with them became the norm. L’Oreal acquired Toni’s multi-million-dollar operation in 2014, and at the time, it was one of the largest beauty acquisitions in history.

In 2019, she made waves in the cosmetics industry again with the launch of her newest company, Bespoke Beauty Brands. Under this umbrella, Toni has launched KimChi Chic Beauty, in collaboration with KimChi Chic, the larger than life drag-queen from RuPaul’s Drag Race, and Jason Wu Beauty, the namesake brand of clean, everyday makeup essentials that is available in 400 Target stores across the country.

In 2016, Toni fulfilled a lifelong dream when she graced the cover of Forbes annual “America’s Richest Self-Made Women” issue and earned a spot on that list for the sixth time this year. Toni is a member of YPO Beverly Hills and the 2019 Class of Henry Crown Fellowship within the Aspen Global Leadership Network at the Aspen Institute. She is also a board member of the UNICEF Southern California chapter.