India's Destiny Now Lies in its Own Hands 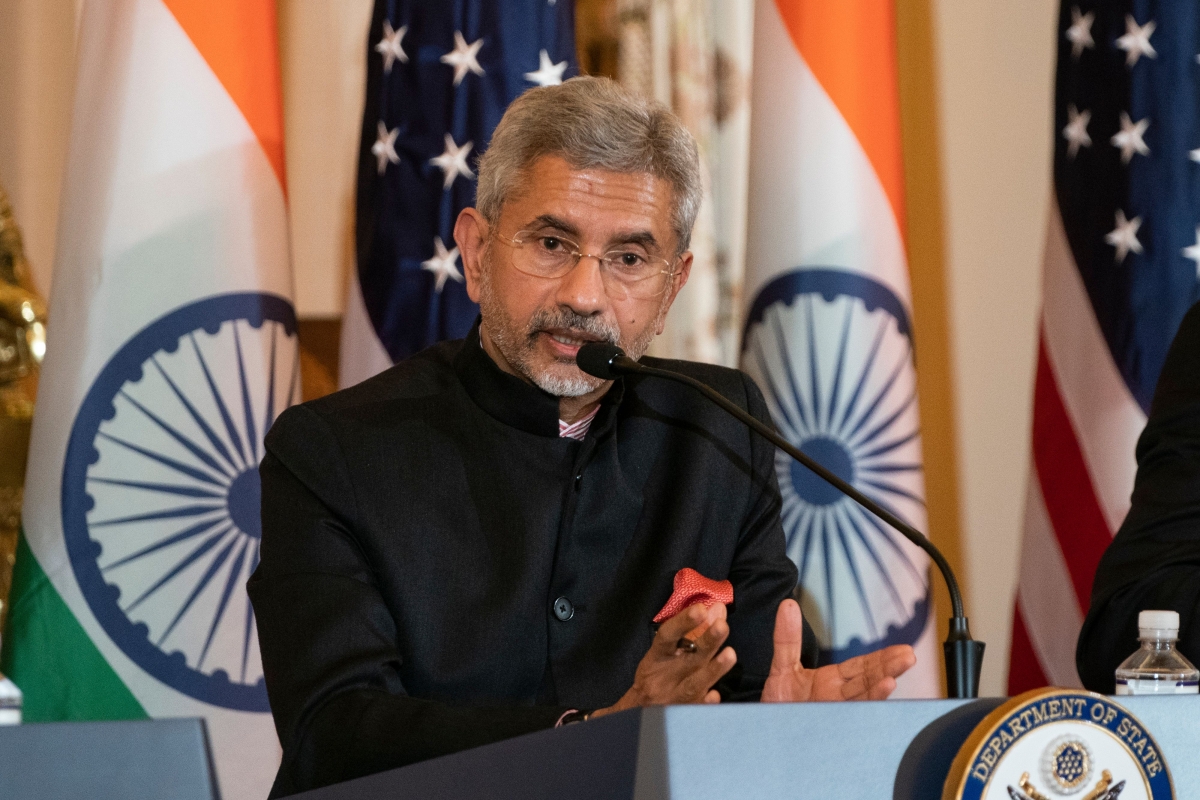 COVID-19 has created unprecedented challenges for the world order. But it has also exacerbated shifts already underway, including the growing fault lines in the U.S.-China
relationship that have the potential to reshape the balance of power globally, especially in the Indo-Pacific.

As Jaishankar puts it, the fact that ‘India will continue rising…is reasonably assured. The question is how to do so optimally in an era of greater uncertainty.’ Navigating such choppy waters will require an understanding of the new global landscape and a mastery of the diplomatic toolkit. But it will also require an ability to understand where a course correction is needed.

Jaishankar describes a pragmatic shift in Indian foreign policymaking. We see this in India’s growing partnership with the U.S., as well as its extensive outreach to the Gulf and Israel, plus its growing engagement with Asia. Under Narendra Modi, India has also shown a greater willingness to confront China, whether in Dokalam in 2017 or, more recently, on its Himalayan border. But at the same time, it has demonstrated diplomatic flexibility in its decision to strengthen other partnerships, to provide it with better strategic leverage in its overall relationship with Beijing.

This has included New Delhi embracing the Quadrilateral Security Dialogue (Quad) with Washington, Tokyo and Canberra. However, how India navigates its relations with the U.S. and China — and also with Russia — will continue to be its key foreign policy test. The India-China border clashes this year have had many in the West salivating that India has no choice now but to align with the U.S. entirely.

But as Jaishankar argues, India can neither afford to alienate China nor allow itself to be dictated to by Beijing. Instead, it must be determined to continue to forge its own path.

Third ways are always a tricky business, particularly in an increasingly binary world. The key question is how far India can go in aligning with the U.S. without fundamentally undermining its own interests in China. And can a gradual approach to strengthening these relations continue to be defended as China ramps up pressure on India on the border, in the Indian Ocean, or through its support of Pakistan in Kashmir?

Don’t Sit on the Fence

The uncertainty surrounding the U.S.’ own approach to both China and Russia has provided an additional puzzle for New Delhi to solve. So, too, will be the scope of any strategic reset in these central relationships in any incoming Joe Biden administration. But there are two other challenges that will remain impediments for India if they are not
addressed.

The first is India’s approach to its own region. Modi was right to focus on a ‘Neighbourhood First’ policy when he came to office. But China has used infrastructure investments and the sheer size of its economic footprint to increase its strategic influence over India’s neighbors. At the same time, India’s own relations with Pakistan have only gotten worse.

Unless India can find a way to reduce the temperature on its western border, South Asia will remain volatile and economically disjointed, with the long term danger that India finds itself strategically enveloped as a result. Like it or not, stabilising ties with Pakistan must be part of the long-term equation. This is not just a challenge for the future dexterity of Indian diplomacy. India must also become more central to Pakistan’s economic future — and the economic future of wider South Asia.

The other big challenge for India is to grow its economy. The International Monetary Fund (IMF) estimates that India’s economy will shrink by 4.5% this year due to COVID-19. But
India’s economy was already struggling before the pandemic. To unleash long term, sustainable and near-double-digit growth, India needs to be better integrated with the
global economy.

That is why since 2015, the Asia Society Policy Institute has called on the Asia-Pacific Economic Cooperation (APEC) forum to welcome India into the regional economic fold. The case to exclude Asia's third-largest economy has never made sense. India can utilize APEC to access the markets in the region and global value chains that it needs to grow. Unfortunately, India has been slow to embrace the opportunities. In his book, Jaishankar makes the case for greater economic openness, but within limits.

He says India went too far in embracing free trade agreements (FTAs). But India's decision to not be part of the Regional Comprehensive Economic Partnership (RCEP) after years of negotiations was a troubling sign that it's not ready to do what it takes to modernize its economy and leverage the global market for national development.

Right Your Own Destiny

India has a new opportunity to plug into the global economy. Yes, there will be short-term costs. But the cost of not acting will be far greater. There are many critical decisions ahead for Indian policymakers. India is aided in doing so by having in its government one of the two most foreign policy-literate ministers in the world today — the other being Wang Yi in China. Jaishankar deeply understands China, Japan, and the U.S.; is well-regarded professionally in all three capitals; and understands where India falls relative to others in the emerging balance of power globally in the Indo-Pacific.

His book's great strength is its central argument that India's national destiny now lies in its own hands, and in the decisions it will now take, rather than to wait and see how events might unfold.

Read the full article in The Economic Times.