Women in Diplomacy: The Remarkable Ambassadors in the Philippine Service | Asia Society Skip to main content

Women in Diplomacy: The Remarkable Ambassadors in the Philippine Service 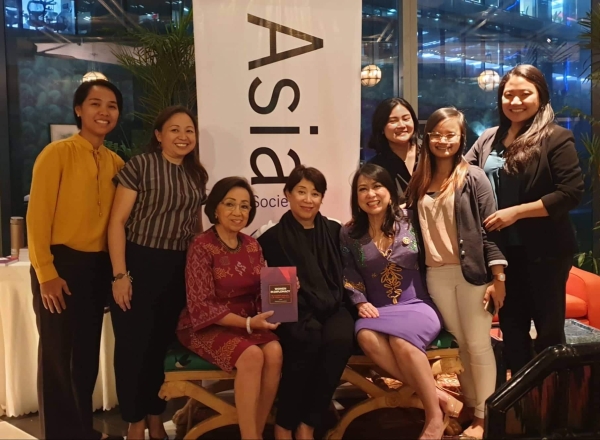 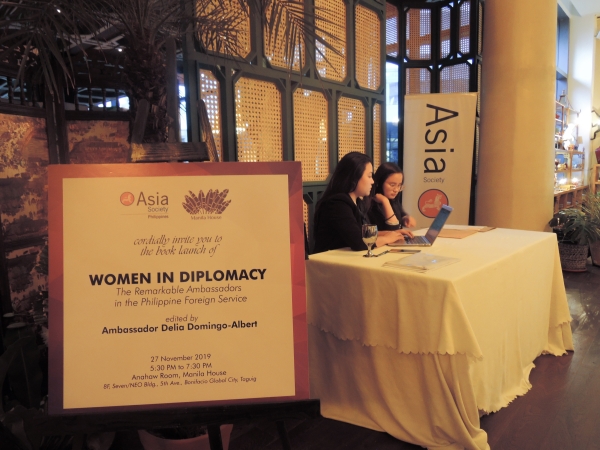 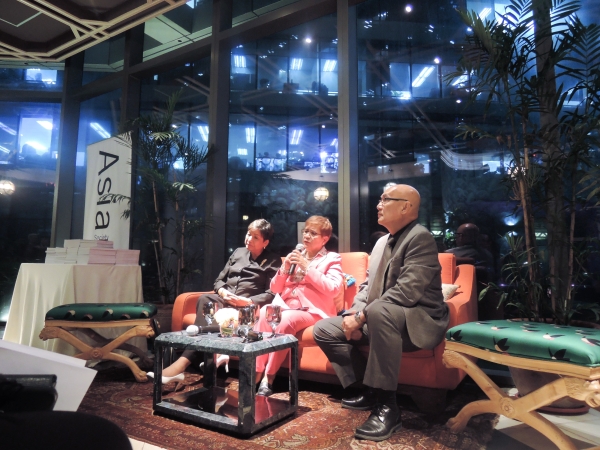 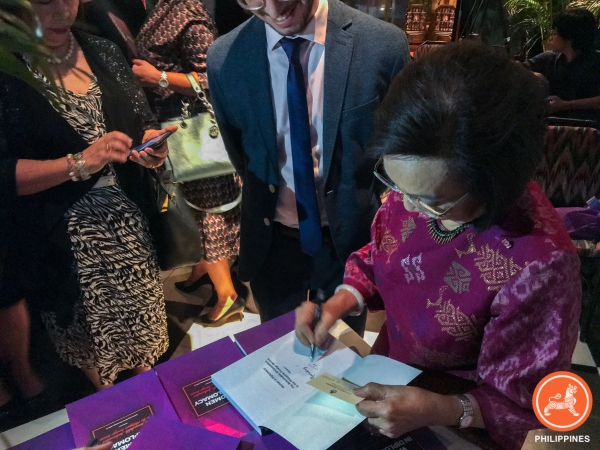 Book Launch of ‘Women in Diplomacy: The Remarkable Ambassadors in the Philippine Service’

The book launch of ‘Women in Diplomacy: The Remarkable Ambassadors in the Philippine Service’, compiled and edited by Ambassador Delia Domingo-Albert, was a success with a strong number of attendees from the field of foreign service, the media, and the business sector. It is a warm celebration of Filipino women ambassadors, their accomplishments in the field of foreign service, and their impact.

Noteworthy was the participation of Doris Magsaysay-Ho, president and CEO of the Magsaysay Group and chairwoman of Asia Society Philippine Foundation, who set the tone of the evening with a vibrant opening remark and an introduction of the Foundation; and Congresswoman Ann Hofer, chairwoman of the Committee on Foreign Relations in the House of Representatives, who gave a very powerful keynote address that made mention of the accomplishments of Ambassador Albert.

“[The book] is a splendid testimony to Ambassador Albert’s deep understanding of a diplomat’s role in advancing the welfare of other nations’ welfare.” - Hon. Ann Hofer

Ambassador Albert shares an inspiring introduction of her book and gave attendees a glimpse of her work and how the book came into being. She shares five takeaways for readers of her book: First, it reflects the Philippines’ status in gender equality in Asia as it showcases the ninety Filipina ambassadors of the Philippines - a huge number compared to neighboring countries - and documents the reflections of thirty-nine Filipina ambassadors; Second, it gives a glimpse of the foreign policy development from President Emilio Aguinaldo to current President Rodrigo Duterte; Third, it provides an institutional framework of the Department of Foreign Affairs (DFA). She quoted former secretary Blas Ople, “The Department of Foreign Affairs is a country’s window to the world. It is also the gateway that enables the outside world to gain an understanding of our people’s culture, history and aspiration.”, whilst explaining how most think only of consular functions with regard to the DFA; Fourth, the book discusses the ‘enabling environment’ for Filipino women to thrive in foreign service. Finally, the book attempts to demystify Philippine diplomacy.

Excitement was shared by all with the news of the book being the first in a series on women ambassadors in diplomacy - with the second volume set to follow soon.

The event finished with the much-awaited book signing with Ambassador Albert.