Manny Pacquiao is 2015 Asia Game Changer of the Year 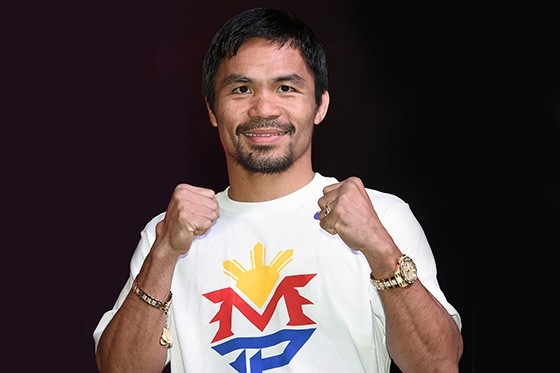 "The Asia Game Changer Awards address the lack of recognition for Asians who are transforming ideas into action and improving lives," said Asia Society President Josette Sheeran. "This year's honorees could not be more different from one another. They include a group of scientists, a comedian, a dancer, a fighter pilot and a boxer. What they share in common is that they all fight for a better today and inspire the world to do things differently."

While all honorees received widespread support, "one individual rose to the top of our list," said Sheeran. "Manny Pacquiao achieved his remarkable success after a childhood of extreme hunger and poverty. Today, Manny is a major humanitarian force, directing his philanthropy toward numerous causes, including education and the fight against human trafficking. He is a remarkable inspiration and demonstrates the power of giving back to transform people's lives."

Honorees are selected through a global survey of more than 1,000 thought leaders. The 2015 awardees are:

Asia Game Changer of the Year: Manny Pacquiao (The Philippines)
Humanitarian, world-famous boxing champion, and member of the Philippines House of Representatives
For using his sport, and his star power, as sources for good

Isamu Akasaki, Hiroshi Amano, and Shuji Nakamura (Japan)
2014 Nobel Laureates in Physics and inventors of a new energy-efficient light source – the blue LED
For lighting our world in a groundbreaking and sustainable way

Chanda Kochhar (India)
CEO of ICICI Bank and the first woman to head an Indian bank
For breaking the glass ceiling, transforming an industry, and empowering the masses

Lei Jun (China)
Founder & CEO of Xiaomi, China’s leading smartphone vendor
For changing the game of communication in China and beyond

Li Cunxin (Australia/China)
Artistic Director of the Queensland Ballet, known as “Mao’s Last Dancer”
For his art, his courage, and his cultural diplomacy

Kiran Bir Sethi (India)
Founder, Design for Change and The Riverside School, and champion of youth volunteerism
For empowering children to change the world

More information about the 2015 awardees, including bios, and the October 13 event is available at AsiaSociety.org/GameChangers. Members of the media should email pr@asiasociety.org for details.

Asia Society is pleased to have Citi as the underwriting partner for the 2015 Asia Game Changer Awards and Dinner.