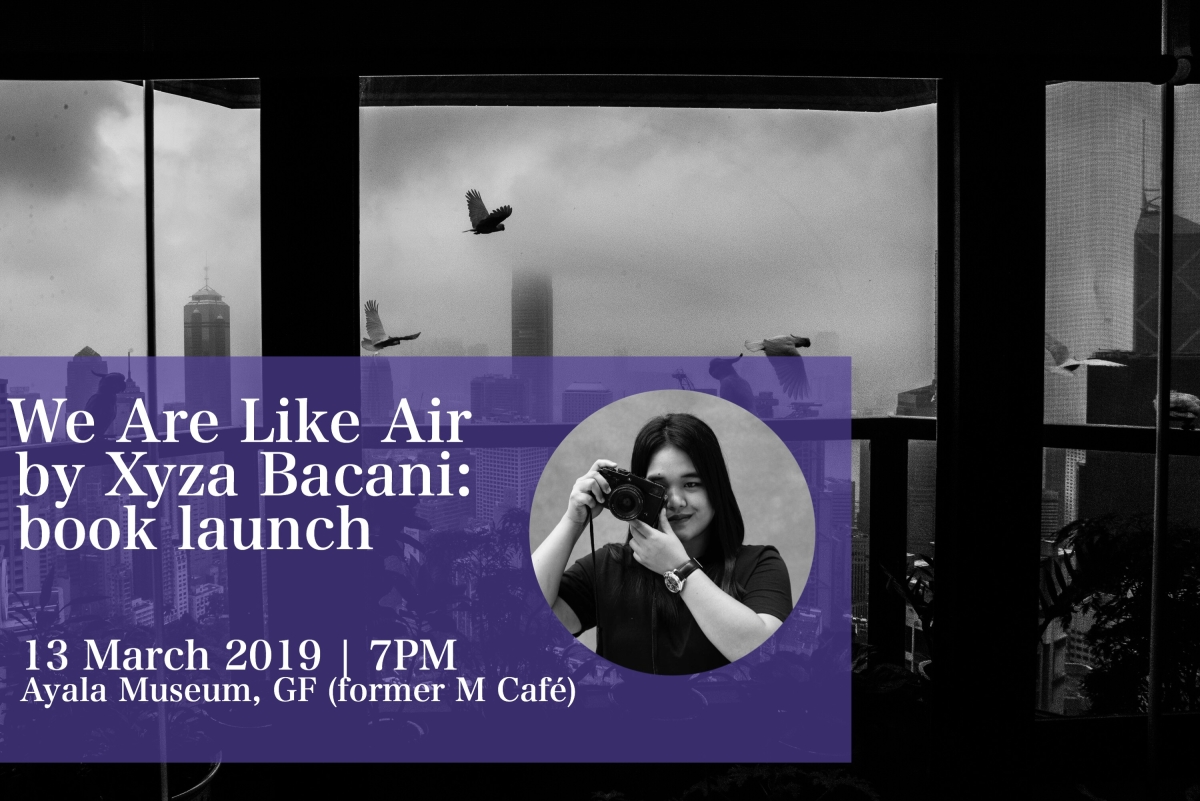 In the Philippines, the culture of migration has been evident with millions of people seeking work overseas to provide a better life for their families. The typical family set-up, parents and their children living under one roof, is being challenged with labor migration in play. Due to poverty and a promise of a higher income, at least one parent would work abroad, leaving behind the family for the most part of the year. And in some cases, migration becomes a cycle where the children, when they grow up, would eventually follow their parent/s overseas to help out with expenses back home.

This was the story of Xyza Bacani, a second-generation domestic worker, turned photographer.

Xyza Bacani, now an award-winning street and documentary photographer, launches her debut book entitled “We Are Like Air,” a collection of photo essays about her mother’s story as a domestic worker in Hong Kong and the effect of labor migration to their family. This is a story that echoes the experiences of the millions of Filipino migrant workers.

Asia Society Philippines and Fujifilm Philippines proudly launches of Xyza Bacani’s We Are Like Air on 13 March 2019, 7PM at Ayala Museum, Makati City, featuring a conversation with Xyza Bacani and Ana P. Santos, an award-winning journalist, aiming to shine a light on issues Overseas Filipino Workers are experience every day.

Join us as we launch Xyza Bacani’s book, We Are Like Air, and talk about her inspiration behind it, and the different labor migration issues she has uncovered through documenting the stories of Filipino migrant workers overseas.

The book will be available for purchase at the event.