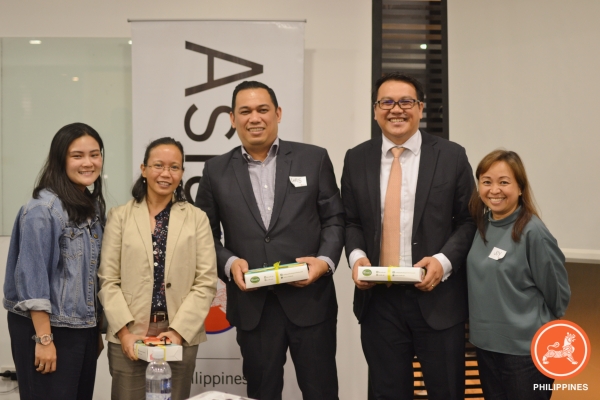 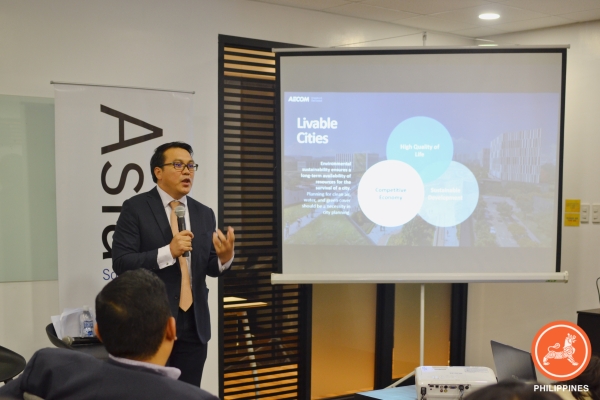 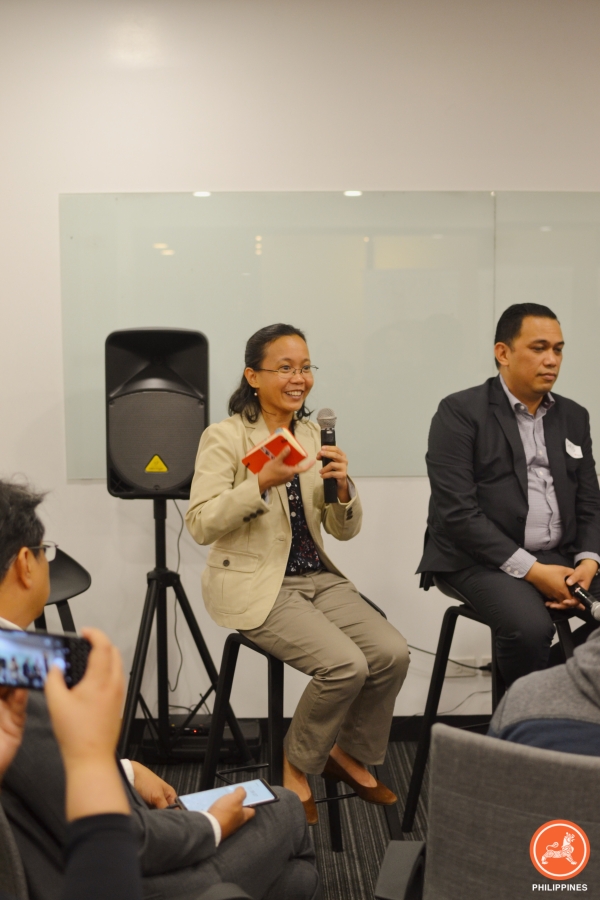 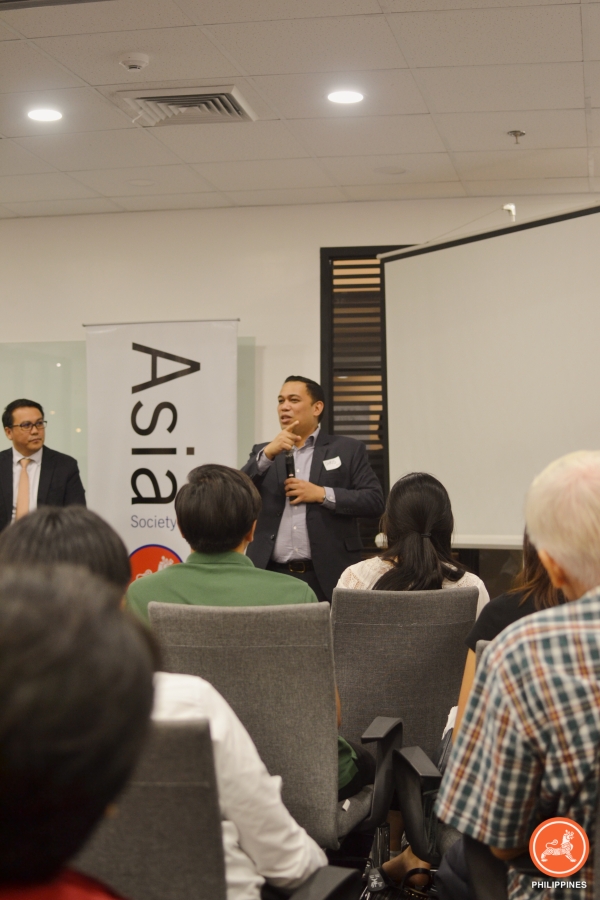 In 2018, Metro Manila was ranked as the fourth most populous urban area in the world. Home to multiple business districts and majority of the shopping centers in the Philippines, the region is a commercial center as much as it is a social hub. With the construction of even more establishments underway, green architecture plays a pivotal role in minimizing the negative environmental impact of urban development in Metro Manila.

To discuss the possibility of a greener Metro Manila, Asia Society Philippines, in partnership with Acceler8, invited some of the nation’s leading innovators for another round of Asia Society Conversations. Held on June 26, 2019, Greener Cities: Reshaping Metro Manila with Green Architecture featured Golda Hilario, Associate for Program Development at the Institute for Climate Change and Sustainable Cities (ICSC), and Christopher de la Cruz, CEO of the Philippine Green Building Council (GBC). Arnel Casanova, the country representative for AECOM and former president and CEO of the Bases Conversion and Development Authority (BCDA), moderated the Conversation.

What it means to build a green city

Casanova opened with a presentation titled “Sustainable Urban Planning,” during which he emphasized the importance of inclusivity in building green spaces. Showing a bird’s-eye view of Bonifacio Global City and its surrounding villages, Casanova noted that “the city was designed without any coherent master plan.” The lack in systematic planning has resulted in “enclaves,” or segregated communities that amplify the existing socioeconomic inequalities in Metro Manila. On one hand, the gated Forbes Park houses some of the country’s richest, but outside of this subdivision, beyond the Heritage Park cemetery, are the slums, whose residents have limited access to public utilities and social services.

In this context, “going green” remains to be an issue of inequality. Casanova pointed out half-jokingly that “for you to enjoy green spaces, you would need to be either dead [in a cemetery] or rich [to afford membership in the golf club] or a soldier living in the military camps or a student in UP, Ateneo, or Miriam. This is a tragic story, because it speaks to the alienation of people.” The question therefore is not if Metro Manila can go green, but how it can most effectively do so.

To answer this question, Casanova identified three of the most pressing problems that plague Metro Manila today: the loss of foreshore lands, poor water quality, and traffic congestion. Despite its bleak present, Metro Manila has great potential to be a green city. When done effectively, going green considers and even addresses the aforementioned problems. A green metropolis will also foster a greater sense of community and social security, stimulate economic opportunity and development, and ensure long-term availability of resources such as clean air, water, and green cover.

On constructing greener cities, Hilario provided some insight by discussing her work with the ICSC and explaining the organization’s approach as “thinking sideways,” or looking at unconventional solutions to conventional problems. An example of this is the development of the e-jeepney, which was pioneered by the ICSC. Regarded as “one of the best innovations in public transport,” the e-jeepney paved the way for rehabilitating Tacloban City, which was devastated by Typhoon Haiyan in 2013. Through RE-Charge Pilipinas, an ICSC project managed by Hilario herself, e-jeepneys have not only provided much-needed transportation for families living in resettlement sites but have also contributed to the modernization of public transport in the city. The electric vehicles are powered by solar and geothermal energy, and almost 100% of their energy use comes from renewable sources.

The recovery of Tacloban proves that cities provide opportunities for positive change. Hilario believes that while Metro Manila has its own share of problems, green architecture can revive the city. For example, the integration of solar rooftops on major buildings and even residential spaces can help solve power shortages and reduce the city’s carbon footprint. Providing infrastructure for non-motorized transport can minimize traffic congestion and encourage sustainable forms of transportation. Building around trees and green spaces can create walkable cities and vitalize commerce.

Hilario emphasized that “if policies aren’t people-centered, then propositions will not fly.” The capacity for underserved communities to go green depends on how one defines development and economic efficiency. Environmental policies and projects should be geared towards improving the lives of many, not just the wealthy few.

The need for objectivity in green architecture

The GBC is one of the drivers of environmental policy in the Philippines. Dela Cruz described the GBC as a “public-private partnership for people who create, educate, and advocate for green building.” As an organization, the GBC aims to establish a metric for the components of green architecture and to ensure objectivity when assessing infrastructure. This is especially necessary in the Philippines, where developers have different priorities or standards for what qualifies as “green building.” Would putting a tree in the middle of a space pass for green building? Without comprehensive criteria, the term “green building” becomes vague, making it susceptible to misuse. Some developers may compromise environmental consciousness in order to reduce overall costs, while others find ways to bypass environmental laws or building codes.

This is why de la Cruz is one of the main proponents for the development of Building for Ecologically Responsive Design Excellence (BERDE), the Philippines’ National Green Building Rating System. Such a system would “localize strategies and consider local contexts” for green architecture. It would also enable in-person inspections of buildings applying for certification, and allow for more comprehensive valuations than the simple pass-fail rating, which would encourage developers from different backgrounds to improve architecture at their own pace using the resources most available to them.

Visualizing development at the national level

After their presentations, the speakers fielded questions from the audience. A common theme that emerged from the discussion was the integration of green architecture in national development plans. Hilario remarked that “the current administration is prioritizing building over green building,” or the quantity rather than quality of infrastructure. Casanova concurred, citing that developers and policymakers are “planning for the sake of planning,” often with little consideration for the whole picture or long-term implications.

The three panelists agreed that to promote inclusive and sustainable development at the national level, governments, non-government agencies, and individuals must work towards the vision together.

Greener Cities: Reshaping Metro Manila with Green Architecture was co-presented by Asia Society Philippines and Acceler8 by Unionspace, with special thanks to San Miguel Corporation and Shakey’s Pizza for sponsoring food and refreshments.

The Asia Society Conversations series provides a platform for people to converge, network, and gain insight on relevant topics in a more casual environment.