Program 4 of 8 in our Seeking Truth Through Facts U.S.-China Program Series 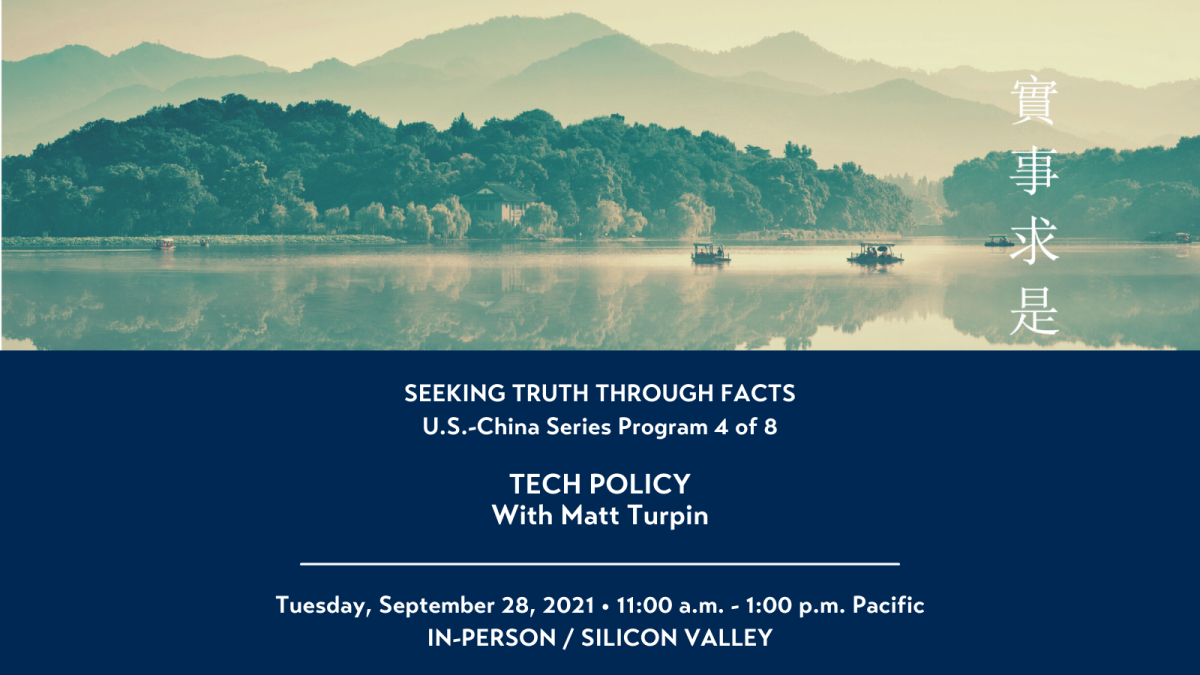 This program is currently Sold Out.  If you would like to be placed on a waiting list on a first-come first-served basis, please fill out the registration form here.

On Tuesday, September 28, 2021 from 11:00 a.m. - 1:00 p.m. Pacific, Asia Society Northern California will host Matt Turpin, former National Security Council Director and Hoover Visiting Fellow, will speak on U.S. policy towards China, economic statecraft and technology innovation. The event will be moderated by Richard Dasher, Director of the U.S-Asia Technology Management Center at Stanford University. This will be a private, off-the-record, in-person event. Lunch will be served. Silicon Valley restaurant location details to be provided upon RSVP confirmation.

Please register through Eventbrite if you are interested in attending.  James Gale (JGale@asiasociety.org) will send an email with venue details once confirmed.  Please ensure that you are fully vaccinated or have received a negative COVID-19 result 72 hours before the event.