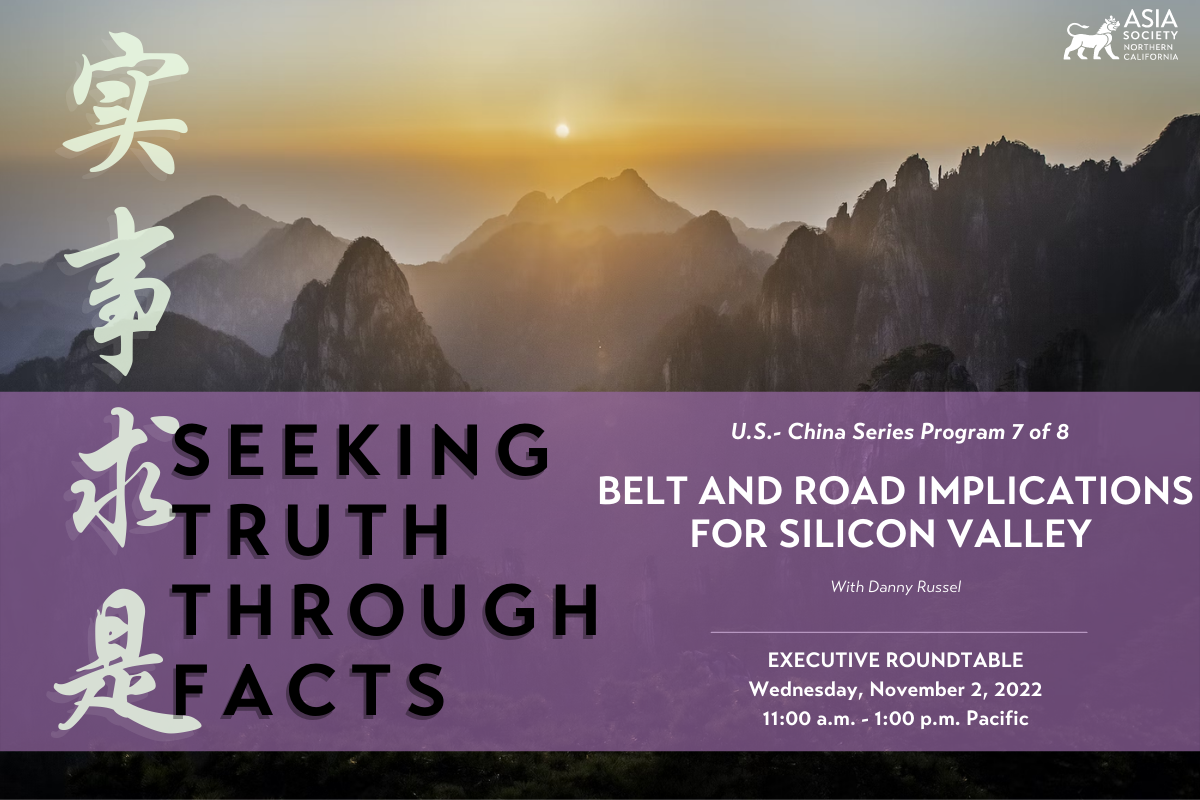 Join Asia Society Northern California for an off-the-record Executive Roundtable in Silicon Valley for Board, Advisory Council, Groundbreaker and Innovator Members on Belt and Road Initiative (BRI) Implications for Silicon Valley with Danny Russel, Vice President for International Security and Diplomacy at the Asia Society Policy Institute. Lunch will be served.

Launched in 2013, the BRI is a multi-billion-dollar global network of Chinese-funded infrastructure projects including ports, roads, railways, power plants, and telecommunications systems in developing countries.

Danny will share details of a digital toolkit that has been developed by The Asia Society Policy Institute (ASPI)  with the goal of ensuring that Belt and Road Initiative (BRI) infrastructure projects are mutually beneficial, equitable, inclusive, and environmentally and socially sustainable. Danny will also recap highlights from China’s 20th Party Congress and what we should be watching for in the months ahead.

This event is the seventh of eight in our popular Seeking Truth Through Facts U.S.-China Program Series, which focuses on new strategic frameworks for the bilateral relationship, plurilateral relationships, rebalancing trade, national security, technology, and climate change; as well as the global impact of the political and economic landscape. This program will lead up to our annual Future of U.S. & China Conference held in January 2023.

This Executive Roundtable Program is a special benefit for our Board, Advisory Council, Groundbreaker and Innovator Members. Learn more and become a member today: https://asiasociety.org/northern-california/join-our-community. Membership will be verified by Asia Society. We will send you the RSVP confirmation via Eventbrite* one week before the program begins.

All guests must show ID and proof of vaccination before entry, fill out a visitor form attesting to their vaccination status, and are encouraged to bring a mask.