Does A Rare Agreement Between the U.S. and China Signal A Return to Pragmatism In Beijing? SOLD OUT | Asia Society Skip to main content

Does A Rare Agreement Between the U.S. and China Signal A Return to Pragmatism In Beijing? SOLD OUT 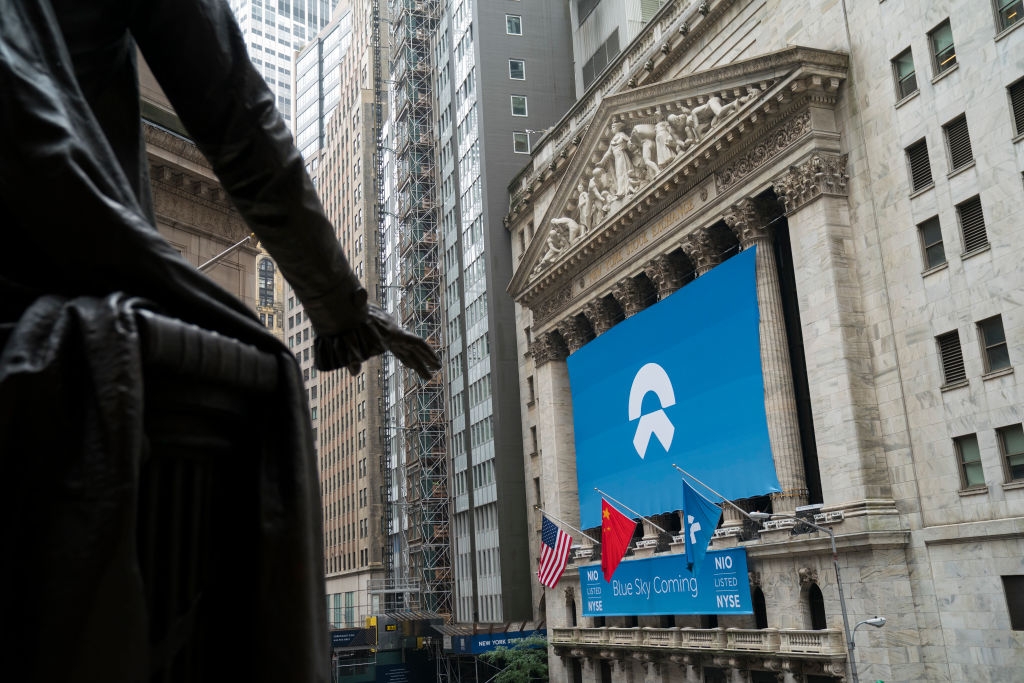 A new deal aims to resolve one of the biggest disputes in global business, and may signal that Xi Jinping is taking a more pragmatic approach to China’s economy and U.S.-China relations. After a decadelong standoff that threatened to delist more than 200 Chinese companies from American stock exchanges, Washington and Beijing finally reached an audit agreement in late August. Speakers will discuss what this means for both countries and what remains at stake.

Join us online on Thursday, September 22, 2022 from 5:00 p.m. – 6:00 p.m Pacific. This will be a Zoom Meeting. Participants will be asked to join with their cameras on to encourage an interactive discussion.

This virtual Executive Roundtable Program is a special benefit for PPI Members and Asia Society Northern California Board, Advisory Council, Groundbreaker and Innovator Members. Learn more and become an Asia Society Member today: https://asiasociety.org/northern-california/join-our-community. Registered Members will receive a link to join virtual discussion the week of the program.

This event is a follow-up to our Holding Foreign Companies Accountable Act event on August 12, 2020: https://asiasociety.org/northern-california/events/webcast-holding-fore….

This is a Virtual Event

Link to join virtually via Zoom will be emailed the day before and an hour before the program is scheduled to begin via Eventbrite*. This will be a meeting program where you will be directly connected with our speakers and able to ask them questions directly. We encourage you to leave cameras on the whole time to make the session as interactive as possible.

Andy Rothman (Moderator) is an Investment Strategist at Matthews International Capital Management, LLC. He is principally responsible for developing research focused on China’s ongoing economic and political developments while also complementing the broader investment team with in-depth analysis on Asia. In addition, Andy plays a key role in communicating to clients and the media the firm’s perspectives and latest insights into China and the greater Asia region. Prior to joining Matthews in 2014, Andy spent 14 years as CLSA’s China macroeconomic strategist where he conducted analysis into China and delivered his insights to their clients. Previously, Andy spent 17 years in the U.S. Foreign Service, with a diplomatic career focused on China, including as head of the macroeconomics and domestic policy office of the U.S. embassy in Beijing. In total, Andy has lived and worked in China for more than 20 years. He earned an M.A. in public administration from the Lyndon B. Johnson School of Public Affairs and a B.A. from Colgate University. He is a proficient Mandarin speaker.

James Lin is a Partner at DavisPolk Corporate practice in Hong Kong. He advises on some of the most significant capital markets transactions in Asia, including numerous U.S. and Hong Kong IPOs.

James focuses on public and private corporate finance transactions, including initial public offerings, convertible and high-yield debt offerings and private equity investments, and mergers and acquisitions. He has worked on some of the most significant capital markets transactions in Asia, including with companies from the technology, media, healthcare, financial services, natural resources, real estate and energy sectors.

He is recognized as a leading capital markets lawyer by publications including Chambers, IFLR1000 and Legal 500 Asia Pacific. Chambers says James is “an adept adviser on IPOs and follow-on offerings, with additional expertise in investment-grade DCM work.”

James is fluent in English and Mandarin.

Previously, Johnson was vice president and director of International Government Affairs at Citigroup and deputy assistant secretary of the Treasury for International Development, Debt and Environment Policy in the Clinton Administration. He was also a senior advisor for Resources, Plans, and Policy to Secretary of State Warren Christopher and a member of the Department of State Policy Planning Staff. He served as deputy director of the Clinton/Gore transition team at the Department of State.

As a member of the U.S. Foreign Service, Johnson held assignments in the U.S. Embassies in Haiti, the Philippines, and Kenya. He also served as special assistant to Secretaries of State George P. Shultz and James A. Baker III. Johnson was a senior program officer at the National Democratic Institute for International Affairs. He was a graduate instructor of U.S. foreign policy and American politics at the City University of Manila, Philippines, and received his B.A. in political science from Rutgers University in 1982.

Johnson is a professor of Practice of International Relations at the Maxwell School of Citizenship and Public Affairs at Syracuse University. He is also chairman of Foreign Policy for America, chairman of Sudoc, and a member of the board of trustees of the RAND Corporation. Johnson also serves on the boards of the American Institute for Contemporary German Studies (AICGS), International Research & Exchanges (IREX), the National Democratic Institute for International Affairs (NDI), Oxfam America, and the Center for U.S. Global Leadership. He has two children, Alicia and Christopher.

Kevin (Gang) LIU, CFA, joined China International Capital Corporation (CICC) in August 2011 and is now the Managing Director of the Research Department. As a Portfolio Strategist, his main responsibility is to provide investors with portfolio and cross-assets/markets allocation recommendations, by incorporating macro (growth, policy, cycle) and micro variables (earnings, valuations, liquidity, sentiments etc.), mainly focusing on the H-share, US ADRs and the broader overseas markets.

Prior to CICC, He worked as a Quantitative Strategist with UBS in Hong Kong. He obtained his master degrees from both Cornell University and Tsinghua University. Mr. LIU Gang has published American Economic Growth: Drivers and Challenges, in Contemporary American Review, January 2020.

Carson Block is the Founder of Muddy Waters Research. In 2011, Block was ranked as a 50 Most Influential Thinker by Bloomberg Markets. Muddy Waters, LLC is a pioneer in on-the-ground, freely published investment research and produces three types of research product: business fraud, accounting fraud, and fundamental problems. Business fraud reports focus on issuers that have massively overstated their revenues. Accounting fraud reports cover real businesses that boost profits through fraud. Fundamental problem reports discuss opaque businesses that have serious fundamental problems that the market does not yet perceive.