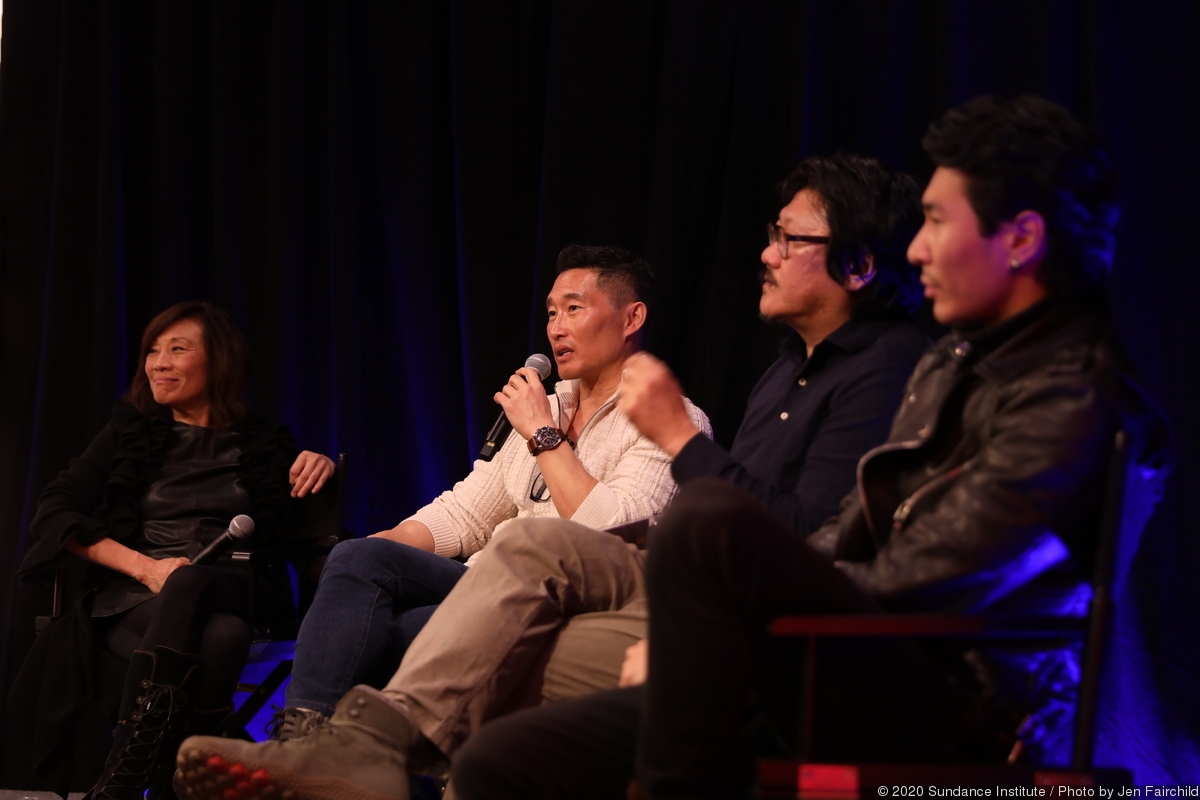 Please find our page on the 2021 Sundance Film Festival website here. This event will be complimentary and open to the global community.

Born in the U.S. to immigrant parents from China, Amy Tan grew up in the San Francisco Bay Area in a succession of twelve homes by the time she graduated from high school. In 1985, Amy began writing fiction as an incentive to cut back on her heavy freelance workload.  She attended her first workshop at the Squaw Valley Community of Writers and then joined a writers group led by writer and creative writing teacher Molly Giles.  In 1987, Amy went to China for the first time, accompanied by her mother.  When she returned home, she learned that she had received  three offers for a book of short stories, of which only three had been written.  The resulting book, The Joy Luck Club, was hailed as a novel and became a surprise bestseller, spending over forty weeks on the New York Times Bestseller List.

Amy  served as Co-producer and Co-screenwriter with Ron Bass for the film adaptation of The Joy Luck Club, for which they received WGA and BAFTA nominations.   She was the Creative Consultant for Sagwa, the Emmy nominated PBS television series for children, which has aired worldwide, including in the UK, Latin America, Hong Kong, China, Taiwan, and Singapore.  Her story in The New Yorker, Immortal Heart, was performed on stages throughout the U.S. and in France. Her essays and stories are found in hundreds of anthologies and textbooks, and they are assigned as required reading in many high schools and universities.  Amy Tan has been nominated for the National Book Award, the National Book Critics Circle Award, and the International Orange Prize, and has won many awards including the Commonwealth Gold Award.

Debbie Lum is an award-winning independent filmmaker based in San Francisco. Her projects give voice to the Asian American experience and other unsung stories. Lum's award-winning Seeking Asian Female (SXSW Film Festival, Best of Fest‚ AFI Discovery Channel/Silverdocs Film Festival, PBS' Independent Lens May 2013) was her feature-length directing debut. For years she worked as a documentary editor; credits include A.K.A Don Bonus (winner national Emmy), Kelly Loves Tony (nominated for Best Documentary by the IDA), which she also co-produced, and To You Sweetheart Aloha (Audience award LAAPFF). She has also written several short comedies, Chinese Beauty, A Great Deal!, and One April Morning. She has a B.A. from Brown University, an M.F.A. from San Francisco State University and completed the CPB Producer's Academy at WGBH.

Born in Argentina to Korean immigrant parents and raised in Sydney, Australia, Nam attended Sydney Technical High School and studied architecture at the University of New South Wales, before deciding to move to New York City to pursue his dream of becoming an actor.  Whilst in New York, he studied drama with theatre legend Uta Hagen at the critically acclaimed HB Studio and worked with the New York Public Theater/Shakespeare in the Park company, as well as Sigourney Weaver and Jim Simpson’s The Bat Theater Company.  His breakout role came in the Paramount Pictures comedy The Perfect Score, starring Scarlett Johansson, Chris Evans, and Erika Christensen.  Since then, he has gone on to star in a string of movies, namely The Sisterhood of the Traveling Pants 1 and 2, The Fast and the Furious: Tokyo Drift, Vantage Point, He’s Just Not That Into You, and One for the Money.

Leonardo Nam can currently be seen reprising his fan-favorite role as Felix Lutz for season three of the critically acclaimed, award-winning HBO series Westworld.  The series, based off the 1973 Michael Crichton movie of the same name, takes place in Westworld, a futuristic amusement park intended for rich vacationers and looked after by robotic “hosts.”  Since the show’s breakout debut in 2016, the series has garnered over 150 award nominations, 47 wins and counting.  Season 3 is currently available to stream across HBO platforms.

Academy Governor-at-Large and a Golden Globe and Emmy Award-winning Hollywood producer with deep roots in China, Janet Yang has worked with some of the most formidable directors and actors in the world. She came to prominence through her collaboration with Steven Spielberg on Empire of the Sun (Warner Bros).  That was followed by a long partnership with multiple Academy Award-winner Oliver Stone—where she served as Executive Producer on the iconic The Joy Luck Club (Disney), and as a Producer on the Golden Globe-winning The People vs. Larry Flynt (Columbia Pictures). Her most recent project, Over The Moon (Netflix), is an animated feature based on her original story inspired by the Chinese moon goddess. Iconic animator Glen Keane directs the movie.

Among her many other credits are: the Sundance award-winning Dark Matter with Meryl Streep and Chinese star, Liu Ye; The Weight of Water (Lionsgate) directed by Academy Award winner Kathryn Bigelow; Fox’s High Crimes with Morgan Freeman; a Chinese adaptation of the acclaimed Disney franchise High School Musical; and cult favorites Zero Effect, by Jake Kasdan, and Shanghai Calling with China Film Group.  Fluent in Mandarin Chinese, Yang holds a B.A. from Brown University in Chinese studies and an M.B.A. from Columbia University. She is currently a visiting scholar at the University of Southern California.

THANK YOU TO OUR SPONSOR HARBOUR