Sports and Ideology in North Korea 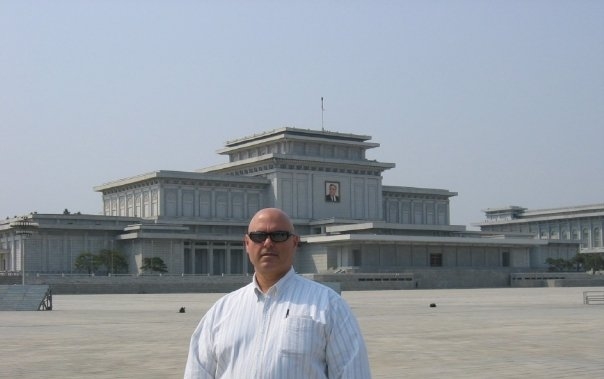 Athletics and sports are both physical activities and a form of leisure entertainment. Sports have multiple purposes such as improving our physical and mental health, and helping us build friendships and comradery. Sports transcend politics, nations, culture, language, gender, and age. Whether we are direct participants or spectators, everyone can feel the emotional high of winning and the despair of loss through athletic competition.

Adulation of our favorite teams and athletes also can push some sports fans to engage in extreme behavior. The emotionally charged atmosphere at sports venues can create collective mobs whereby individuals acquire a sense of anonymity that releases them from the usual constraints of social norms. In some cases, politics, nationalism, and alcohol can be catalysts that trigger tribal brawls between groups trying to establish dominance over their rivals.

Athletics preceded the modern nation-state, but states have tried to harness the energy and passion in sports to advance state political objectives, especially after the arrival of modern mass media. For example, the Nazi Party commandeered the 1936 Berlin Summer Olympics to be a propaganda stage for its warped ideology.[1] After World War II, the former Axis Powers were welcomed back as peaceful democratic states when Rome, Tokyo, and Munich hosted the Summer Olympics in 1960, 1964, and 1972, respectively. However, the Olympics could not escape the politics of the Cold War as the U.S. and Soviet Bloc countries viewed the Games as a forum to demonstrate the “superiority” of their respective social and political systems.

During the Cold War, socialist ideology diverged slightly as national leaders modified Marxist thought to meet their domestic political needs. And since socialism is supposed to be “scientific,” leaders such as Lenin, Stalin, Mao, the Kims, and others have done their duty to contribute “new ideas and concepts” to build upon the work of their predecessors. One reason the Kim dynasty has survived is that the Kims and the Korean Workers Party (KWP) have been adept at modifying, at least superficially, North Korean ideology to appear flexible and modern in order to meet current and emerging needs. Despite these marginal modifications in ideology, these socialist countries and their ruling parties always have had a “sense of superiority” since their founding. According to János Kornai, a Hungarian economist and specialist in command economies, “The adherents of the official [socialist] ideology are imbued with the Messianic belief that socialism is destined to save mankind.”[2] In North Korea’s case, many observers have been struck by the similarities between the symbolism found in Christianity and the Kim family cult. Some have remarked that this is no coincidence since Kim Il-sung was exposed to Christian practices and symbols during his youth in Pyongyang, which was known as “Jerusalem of the East.”[3]

For North Korea’s ruling elite, the sense of superiority has not diminished despite clear evidence of poor governance under the KWP. Economic setbacks, food insecurity, energy shortages, and other problems in the North are blamed on the “U.S. hostile policy toward the DPRK” that Pyongyang asserts “is a policy of state-sponsored terrorism aimed at bringing down the dignified Korean-style socialist system chosen by the Korean people.”[4] But Pyongyang also reacts with strong vitriol whenever the South Korean “puppet” government, media, or non-governmental organizations “run amuck” and slander the “dignified DPRK.”[5]

Foreign media focus on North Korean belligerence and threats as embodied in Pyongyang’s frequent nuclear and missile tests. Foreign media should focus on the North’s deviance of international law and norms, but the result is that most people fail to recognize that Pyongyang has what it views as soft power assets to publicize “the glory of its dignified system.” The leadership’s aim is to use the Olympics and other international athletic competitions for multiple purposes at the domestic, inter-Korean, and international levels.

Kim Il-sung believed that physical education formed one of the three pillars in “socialist pedagogy to make people revolutionary, working-class, and communist.”[6] The Kims always have placed ideology and “political work” above everything else in running the family business, but they also have viewed sports and physical culture as instruments for governance. Kim Il-sung asserted that physical education is “aimed to prepare children for work and national defense.”[7] Kim also declared that “physical activities cultivate courage, audacity, fortitude, and perseverance.”[8] It is noteworthy that Kim viewed sports through a strong nationalistic lens, proclaiming that, “physical training…should accord with the natural and geographical features of our country, the physical characteristics of our people…”[9]

Kim Jong-il also emphasized the importance of sports in the context of overall cultural development. One of Kim’s first jobs in the KWP was a director in the Propaganda and Agitation Department (PAD). Now Kim Yo-jong, Kim Jong-un’s younger sister, is the first-vice director of the PAD. She is part of North Korea’s high-level delegation to the Py’ŏngch’ang Winter Olympics, reiterating the importance Pyongyang places on propaganda and agitation in sports diplomacy and inter-Korean relations.[10] While Kim Jong-il served in the PAD, he was known for his focus on film and visual arts.[11] Most outside observers viewed Kim as a movie aficionado who would rather be a movie director but instead had to succeed his father as leader. However, Kim’s rise to power and role in propaganda was cleverly calculated as an effort to eliminate all aspects of civil society and to establish a totalitarian regime.

Kim Jong-il was a notorious micro-manager who seemed to dislike formal meetings. Instead, Kim often relied upon informal channels, frequently calling party secretaries directly to issue directives and monitor those lower in the hierarchy. In July 1970, Kim had a phoneline installed for direct communications with the office responsible for sports. Shortly thereafter, he contacted an official in the KWP Central Committee to emphasize the importance of physical culture and sports.[12] From 1972, Kim reportedly took a direct interest in the management of the April 25 Sport Team, stressing that players should have a fighting spirit cultivated through intensive training and uninterrupted ideological training.” Throughout the 1970s, Kim advocated “chuch’e-oriented sports tactics to achieve victories by relying on a powerful ideological campaign, high speed, fighting spirit and technical skills, and therefore glorify the country.”[13]

Kim Jong-un has continued the sports tradition in North Korea, building upon the ideas and work of his father and grandfather. Compared to his predecessors, Kim seems to take a genuine interest in sports. He is known to be a basketball fan, having watched professional NBA games as a schoolboy in Switzerland. Under Kim Jong-un, all sports activities continue to be conducted under the guidance of the KWP, just as before. Kim has continued the legacy of his father by promoting the construction of sports facilities such as the Masikryong Ski Resort and the Mirim [equestrian] Riding Club.[14] Compared to his father and grandfather, Kim views sports as an arena to demonstrate national glory before an international audience. Kim Il-sung viewed sports as an element of socialist education to create a new “chuch’e man” during the early stages of socialist construction. Kim Jong-il saw sports as a component of culture to develop North Koreans as a culturally superior people and the true heirs of the pure Korean nation.

Kim Jong-un proclaimed that “building a sports power is a key focus of the KWP in building a thriving socialist country. Only when we step up the building of a sports power can we display to a higher degree the might of the military power, successfully build a socialist economic power and civilized nation and demonstrate the dignity of Chuch’e Korea.”[15] Kim also declared that “the party has set a major objective for building a sports power to help our athletes win in the Olympic Games, world championships and other international contests and demonstrate the prestige and mettle of the country...” It is noteworthy that Kim said, “only sportspeople can cause the flag of our republic to be hoisted in the sky of other countries in peace time; it is their sacred duty to exalt the prestige and honor of their country by winning gold medals.”[16]

So what does North Korea expect to achieve at the Winter Olympics? The main objectives are threefold: 1) for the domestic audience, the participation of North Korean athletes will provide examples of national pride and glory for which the party will take credit; 2) for the international audience, Pyongyang hopes to project an image of a “normal country” that should be accepted into the community of nations as a nuclear state without economic sanctions; and 3) for the South Korean audience, the North seeks to create splits within South Korean society and to gain support from South Koreans by appearing nationalistic, tolerant, and as a reasonable partner to lure South Koreans into supporting Pyongyang’s united front tactics and the North’s confederal unification proposal.