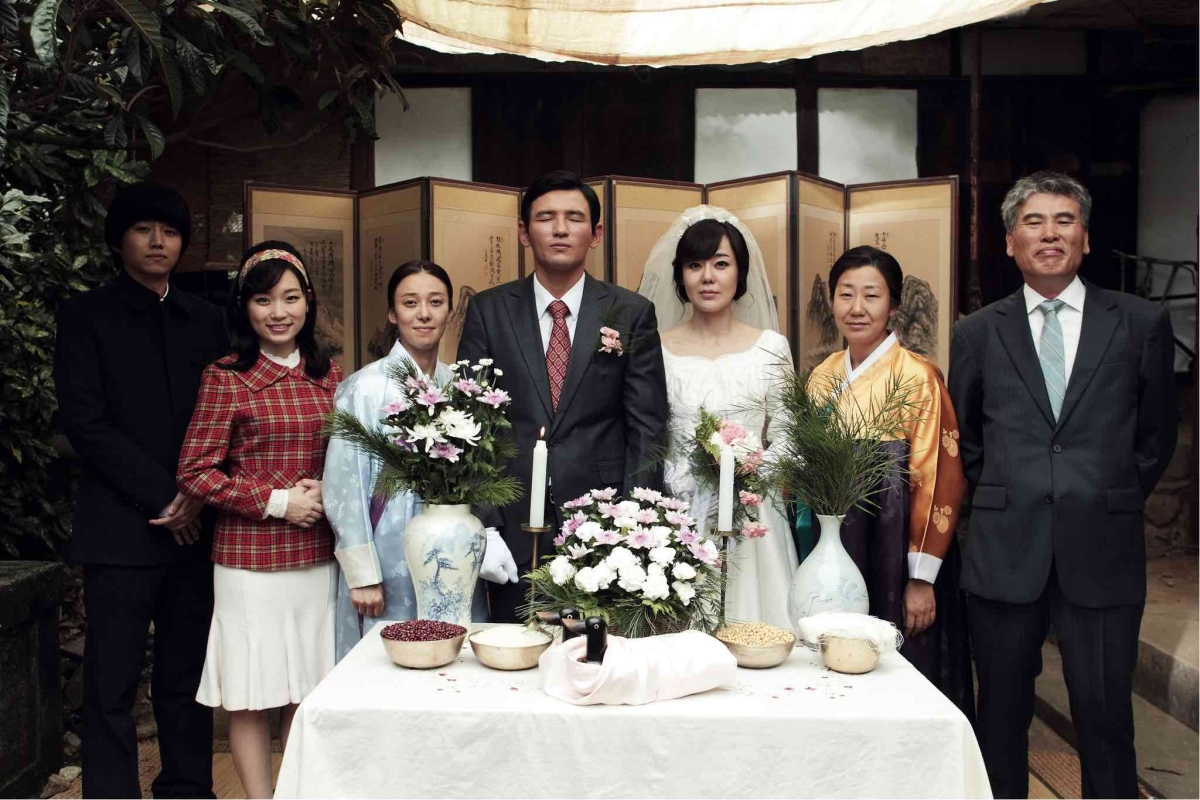 Ode to My Father (Korean title: Gukje Shijang, translation: International Market), directed by JK Yoon (Known for titles such as Sex is Zero, Haeundae and Sector 7) and starring Hwang Jung-min as lead character Deok-soo, is far from subtle - it’s an unabashedly sentimental journey through some of the most important, tragic and difficult times in Korea’s modern history. The film was a huge hit in Korea, managing to stick towards the top of the charts for eight weeks after its release, and drawing crowds upwards of 13 million, making it the second most successful Korean film of all time.

The story follows the exceptional life of one man, Deok-soo, from his childhood until his old age. Much like the titular character of 1994’s Forrest Gump, Deok-soo experiences some of the most important events throughout his country’s modern history, all while meeting a cast of interesting characters both fictional and pulled from the annals of history. Among the cast of important individ-uals Deok-soo meets with are the future founder of Hyundai, Chung Ju-Yung, who a young Deok-soo encounters as a shoe shiner on the streets of Busan. Later on in life, Deok-soo meets with an eccentric fashion designer named Andre Kim, on the search for the perfect fabric he needs for a design. Perhaps the individual with the most influence on Deok-soo is Nam Jin, a famous trot sing-er who he meets on the frontline in Vietnam. Trot itself is a form of Korean pop music that blends Korean elements with influences from Japanese and Western music, and is considered the oldest form of Korean pop music.

Deok-soo almost seems to be a metaphor for his entire generation, a generation that lived through the Korean War, was shipped off to foreign lands to earn money to survive, fought through the Vi-etnam war and more. The main driving force behind all of Deok-soo’s actions are to protect the family he has left and try and find those they left behind at when they fled North Korea at Hungam. The Hungam Evacuation, carried out by UN forces in late December of 1950, saw the evacuation of around 100,000 North Korean refugees by sea. 14,000 of these refugees were loaded onto a single vessel, the SS Meredith Victory - this is the vessel Deok-soo’s family boards, save for his father and baby sister who are tragically left behind.

An older Deok-soo soon finds himself on a plane headed for West Germany to begin life as a min-er. Starting in 1963 and running until 1977, this initiative set up between the Korean and German governments, saw close to 8,000 young Korean men sent over to Germany to work in the mines for three years in exchange for financial aid for a poverty stricken Korea. Likewise, Deok-soo’s love interest is one of many Korean women who were sent over to work as Nurses. Although the pay was better than any work they could find back home, the conditions were substandard and it is be-lieved that around 117 Korean miners passed away in the mines.

After returning from West Germany, Deok-soo settles down and begins a family of his own but it isn’t long until his family’s financial situation requires him to once again set out to make money abroad. This time however, he finds himself enlisted as a technician in Vietnam during the Vietnam War. At the time when Korea answered the call for help from the United States in Vietnam, the country was still very much dependant on the US for both aid and manpower back home and therefore sent over an impressive number of troops to assist in the efforts against communism in Vietnam. In total 312,853 South Korean soldiers were sent to Vietnam, second only to the United States’ forces in Hanoi. At first Deok-soo believes that as a technician he will not have to bear wit-ness to the horrors of war, but the war is waged much closer to home than he expected.

In a poignant scene towards the end of the film as Deok-soo writes to his wife, played brilliantly by Kim Yun-jin, from Vietnam. He tells his wife how he is happy that, if anything, the hardships he has faced happened to their generation and that their children will not have to experience the same dif-ficulties. This summarises Deok-soo’s character in a single scene - even from a young age he is more than happy to sacrifice everything for the good of his family and the happiness of others.

The experiences of this character enable the older generation to relive their youth and experience the bittersweetness of nostalgia. On the other hand, younger Korean audiences are able to see how life was in Korea as the country grew and developed during the formative years of its modern history, and are therefore able to appreciate the hardships that the older generation went through in order to make Korea what it is today.

From the perspective of a foreigner living in Korea, the movie really opened my eyes to just how much the country has adapted and developed over a relatively short span of time, this is especially apparent in how the Gukje Market itself changes over the course of the movie. When the charac-ters first arrive it is full of makeshift stalls set up by refugees escaping the Korean War, but by the end of Deok-soo’s story it is a fully developed marketplace and has changed so much that even Deok-soo himself no longer seems at home in his own stall.

Perhaps one of the biggest culture shocks for many foreigners that travel to Korea is the culture of doing things, and getting places, as quickly as possible. Anyone who has caught the subway in Seoul can most likely relate to the initial frustration when you get pushed around by an older per-son on the train just so they can get to a seat. At first I struggled to understand why a lot of people from the older generation were so pushy when it came to getting a seat on the subway, but after watching Ode to My Father I feel like I can understand a bit more - those were the times they lived in, and in order to succeed or even to only just scrape by, they had to struggle.

Ode to My Father is a human drama at its heart, but it is also packed full of Korean culture and his-tory. It transcends age groups and has so much to offer to anyone, whether young or old, Korean or not. It will make you laugh, and it will make you cry and at the end of it all you will most likely come away feeling like it was a worthwhile experience.