[Meet the Author] The Future of the Korean Peninsula: Korea 2032 and Beyond | Asia Society Skip to main content

[Meet the Author] The Future of the Korean Peninsula: Korea 2032 and Beyond

The book considers both Koreas — North Korea and South Korea — to examine possible political, security, economic and socio-cultural pathways for the years leading up to 2032 and beyond, thus offering a composite picture of Korea and its strategic relevance in Asia and the world at large. 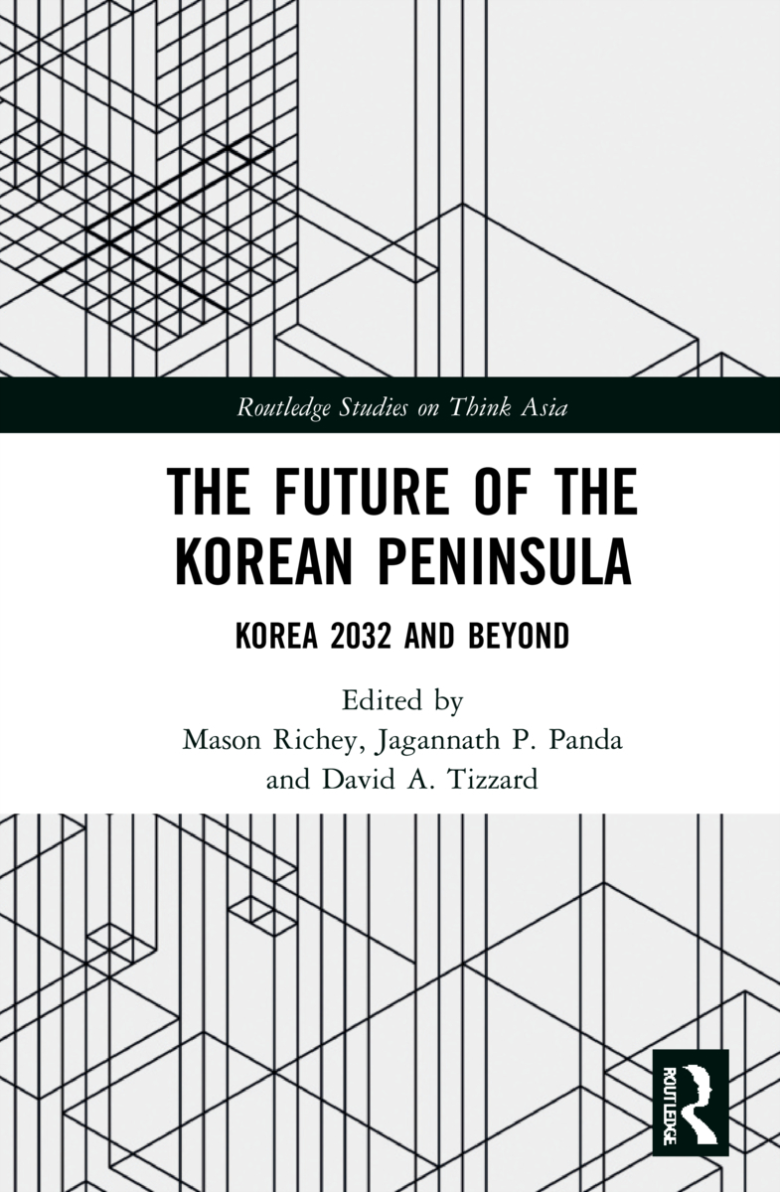 1. Each year, lots of research is conducted on the topic of the two Koreas that touch on different aspects of inter-Korean dynamics. What is the significance of the year “2032” in the title of your new book? Did it have anything to do with Seoul’s bid to co-host the Olympics with North Korea?

MR: Indeed, the idea for the book started with the intriguing idea that the two Koreas might attempt to co-host the 2032 Summer Olympics, as well as aim at a combined national team, at least in certain sports. There has been precedent for this sort of sports diplomacy, of course, with South Korea and Japan co-hosting the 2002 World Cup, and the two Koreas fielding combined teams in certain international sporting events, most recently the 2018 Winter Olympics in Pyeongchang. Co-hosting the 2032 Games, which the Moon Jae-in administration discussed on several occasions, was always an extreme long-shot, and the IOC has now essentially awarded the games to Brisbane. We’ll see what happens with the possibility of a combined team. In any event, the book is not about inter-Korean sports diplomacy. Rather, sports diplomacy was just the entry point for thinking about how the two Koreas are in a dialectical relation such that each helps define the identity of the other. An inter-Korean co-hosted Olympics in 2032 may be dead, but the inter-Korean dialectical relation remains, and the point of the book is to reflect on how that might look between 2022 and 2032.

2. Why is it important for the world to pay attention to the Korean Peninsula?

DT: It doesn’t seem like the world has much choice anymore. The Korean Peninsula is home to the world’s 10th biggest economy, massive malnutrition, Oscar-winning movies and Billboard hits, an information-starved society, nuclear weapons, devastating suicide rates, lingering gender inequality, and Cold War division. Contemporary Korea features contradictions and multitudes: tradition and hyper-modernity, rich and poor, conservativism and progressivism, the collective and the individual. No one view of Korea will ever encapsulate its entirety, but we hope this book will help unpack some of those complexities and provide a nuanced, sophisticated look at this fascinating part of the world.

MR: And of course, there are highly consequential regional security concerns emanating from the Peninsula, which sits at the heart of a potentially volatile Northeast Asia. South Korea and the US maintain a robust military alliance, which not only is directed at deterrence against North Korean aggression but has an over-the-horizon effect vis-à-vis rising China. North Korea is also a massive non-proliferation issue, as well as a humanitarian and human rights challenge.

3. Before answering one of the big questions posed by the book—what future might the next decade hold for the Korean Peninsula?—how do you assess the last ten years of inter-Korean relations and the impact it has had on the outside world?

DT: With the rise of social media and ever-hungry news cycles, incidents now become huge events in the public conscious only then to fade quickly into insignificance. The dialectical relationship between the two Koreas is largely bipolar, swinging from hope, embrace, and engagement to belligerence and negativity in a matter of months, sometimes less. We have seen death, diplomacy, closed doors, open arms, love letters, and much more over the past ten years and I don’t expect that to stop. With inter-Korean relations, you always feel as if you are living through History (with a capital H). Everything feels important but nothing ever seems permanent. I think much of the outside world is also now slowly beginning to understand that state of flux.

MR: I’ve lived now in Korea for twelve years, and it’s astonishing how much has happened over that time span in the security/military, economic, political, and economic spheres. It’s easy to forget. One thing the book does—in most chapters, at least—is briefly analyzing some of the relevant historical events in order to contextualize some of the Peninsula’s possible paths going forward.

4. And, as adumbrated above, what future might the next decade hold for the Korean Peninsula?

DT: It takes hubris to make predictions about the Korean Peninsula with great certainty. Our collection doesn’t do this, but rather puts most predictions in probabilistic terms based on context, historical path-dependencies, and comprehensive analysis. What we do believe, however, is that the Peninsula will continue to grow in importance rather than recede. That’s why this book seeks to provide a variety of economic, political, cultural, and diplomatic vantage points, such that whatever might come to pass, people can be prepared and informed.

MR: I totally agree with David about the foolishness of claiming certain predictions about the Korean Peninsula. What the book’s chapter authors do in most cases is provide a range of outcomes for inter-Korean issues of politics, security, economics, and society and culture. That said, if I were forced to make predictions about the Peninsula over the next decade, I’d offer the following with relative confidence. North Korea will retain nuclear weapons, North and South will not be reunited, the North will, unfortunately, continue to be poor and maldeveloped while the South remains wealthy and technologically sophisticated.

5. As you have pointed out—and quite accurately so—“the DPRK is not the ROK’s sole security challenge.” Many South Koreans would point to the 2017 THAAD deployment as a key moment for the nation that seems to have triggered—or at least expedited—the South Korean search for “greater strategic autonomy” from its neighbors. How might South Korea’s relationships with partners—especially in terms of security cooperation—help it gain greater strategic autonomy?

MR: The first thing to note is why the South would like more strategic autonomy: it is a tough balancing act for Seoul to be caught between the security alliance with Washington and trade dependence on China. The THAAD issue was a wake-up call about this. As US-China competition ramps up, hedging becomes more difficult—perhaps even untenable—for Seoul, and it can mitigate risk by being able to rely on a variety of strategic partners for both trade and security. To its credit, the Moon administration realizes this, at least rhetorically, as evidenced by building out its strategic partnership with the European Union, developing the New Southern Policy (NSP) for Southeast Asia, and engaging other partner countries.

DT: I also would note, for what it’s worth, that North Korea also needs more partner options. The Kim regime doesn’t trust the leadership in Beijing, yet it is massively over-dependent on it. Unfortunately, Pyongyang’s rogue behavior—which has led to international sanctions—makes this almost impossible currently.

6. The European Union is often referred to as a success case of regional economic and security cooperation; yet similar regional integration in East Asia seems rather inconceivable given the contentious political climate formed around the issue of history and the reciprocal policies borne out of it. How might South Korea draw from the experience of the EU to smooth the future paths for its own regional cooperation?

DT: I think in the 21st century, it’s important for countries to be aware of their own culture and history. External models will always be useful, but the Korean Peninsula will be best served by becoming more aware of its own path to modernity and what it can do going forward. There should also probably be more effort to widen our view of the world beyond Western Europe and North America. Yes, these regions are home to cultural and economic behemoths, as well as a fount of international cooperation, but those countries have achieved this imperfectly—and with setbacks on the way—according to their own cultures and histories. South Korea stands as a model of democracy in Northeast Asia at the moment. But it is its own form of democracy and the values that resonate around that political idea are not what we see elsewhere. Likewise, North Korea is its own sovereign political entity and not easily comparable to other states. The answers lie within rather than without.

MR: Agreed. The two Koreas can look to Europe—Germany, Ireland, etc.—for inspiration, but ultimately it is more important that they focus on their own experiences with imperialism, colonialism, military rule, division, and democratization.

The book is available at Taylor & Francis eBooks.

Dr. Mason Richey is a senior contributing writer to Asia Society Korea and an associate professor of international politics at Hankuk University of Foreign Studies (Seoul, South Korea). Dr. Richey has also held positions as a POSCO Visiting Research Fellow at the East-West Center (Honolulu, HI) and a DAAD Scholar at the University of Potsdam. His research focuses on U.S. and European foreign and security policy as applied to the Asia-Pacific. Recent scholarly articles have appeared (inter alia) in Pacific Review, Asian Security, Global Governance, and Foreign Policy Analysis. Shorter analyses and opinion pieces have been published in War on the Rocks, Le Monde, the Sueddeutsche Zeitung, and Forbes, among other venues.

Watch his recent appearance at our webinar on North Korean asymmetric capabilities here.

Dr. David Tizzard is an assistant professor at Seoul Women’s University and a visiting professor of international studies at Hanyang University. His academic research focuses on North Korean diplomacy and South Korean cultural texts. He is a frequent commentator on social and political issues affecting the Korean Peninsula, writing a popular column in the Korea Times and appearing weekly on TBS eFM.