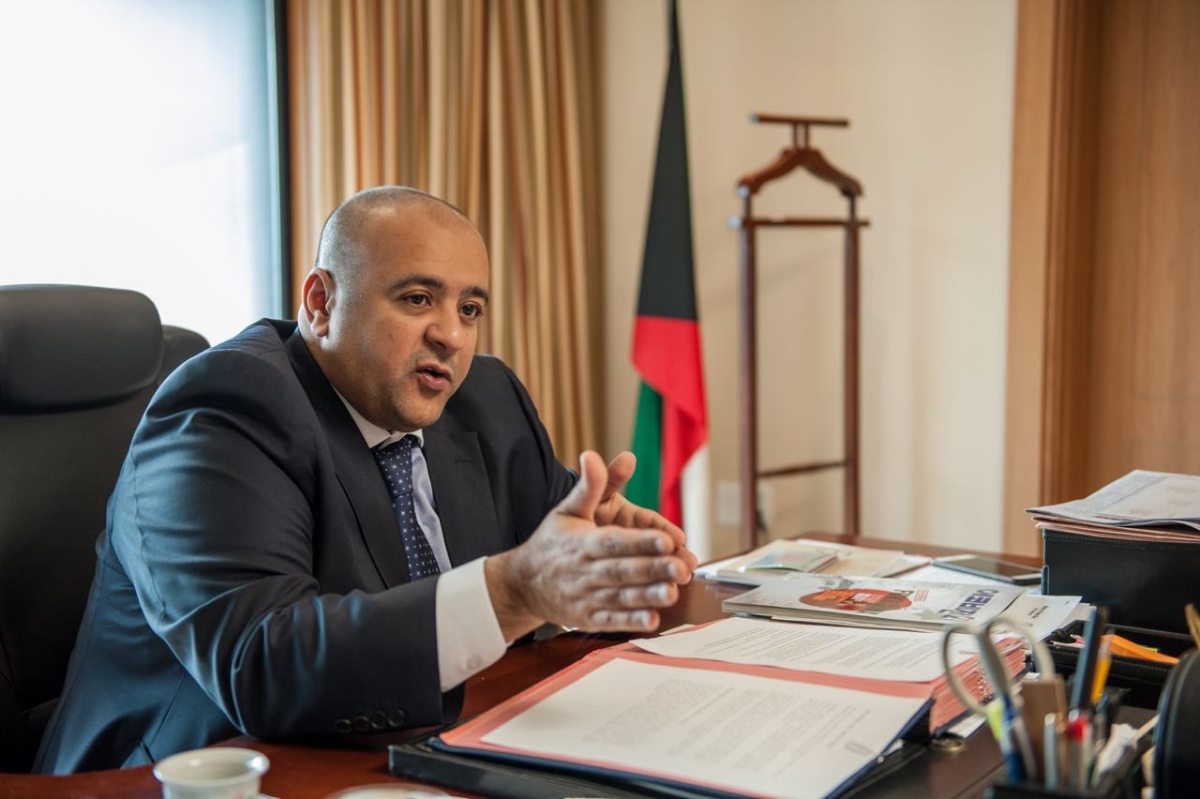 Ambassador Jasem Albudaiwi has been in Korea for 18 months, and although he has been lucky enough to avoid needing medical treatment during his time here, he has witnessed the huge advances that the Korean medical care system has recently made. From having an in depth annual health screen as a customer, to taking a hands on involvement in various hospital visits in his role as Ambassador, it is no wonder that H.E Jasem Albudaiwi wants to strength the medical cooperation between Korea and Kuwait. Asia Society Korea Center’s contributing writer Matthew Fennell met up with the Ambassador to talk about this cooperation.

Ambassador Albudaiwi spoke about Korean President Park Geun-hye’s visit to Kuwait in March, with the two countries signing a memorandum of understanding (MOU) on healthcare cooperation. Kuwait hopes for a quick launch of this medical cooperation program with Korea; within weeks of President Park’s visit, the Kuwaiti National Assembly Speaker Marzouq Al-Ghanim came to Korea for more discussion. As well as healthcare, Kuwait is ready to enhance bilateral ties further with South Korea in various fields including politics, education, trade, economics and energy.

The Ambassador explained the three areas in which the two countries will cooperate medically. The first centers on Kuwait dispatching more patients to Korea for treatment, especially those with liver and cancer problems. In addition, the MOU will allow a physician exchange where Kuwaiti doctors will get education, training and hospital experience in Korea before going back to start practice. The final part of the agreement is related to hospital management, an area in which Korea excels. In the United Arab Emirates for example, Seoul National University operates and manages the Sheikh Khalifa Specialist Hospital, while also providing 200 of the hospital’s medical staff of about 1,400. Ambassador Albudaiwi talked about how Kuwait hopes to follow suit; of seven new hospitals which are expected to open shortly, one will be Korean operated.

In his conclusion, the Ambassador spoke about the advancements in the Korean healthcare system and acknowledged that Kuwait can benefit a lot from the cooperation. “Korean healthcare is famous in the areas of cancer, liver and heart disease, not to mention its cutting edge procedures in plastic surgery. This, along with the expertise in hospital management, make it a great partner in healthcare”.