An Introduction to Korean Names: Are All Kims the Same? | Asia Society Skip to main content

An Introduction to Korean Names: Are All Kims the Same? 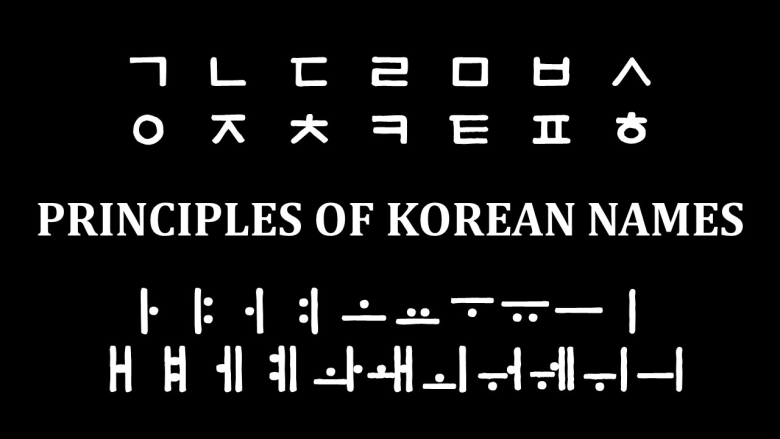 As a part of the Leo Gala Series to give wider publicity to Korean culture and promote its beauty beyond the facade, Asia Society Korea is here give an explanatory tour of Korean names — answering the perennial question of many first-timers in Korea: "Are all Kims the same?"

Based on your many encounters with Koreans, one may wonder if all Korean’s have the surname Kim, Lee, Park, Jeong, or Choi. Indeed, these five are the most common family names among Koreans. However, not all of the Kims, Lees, Parks, Jeongs, and Chois are the same.

Korean names consist of two parts: a family name and a given name. Traditionally, a child takes their father’s surname like in many other cultures, but Korean women do not take their husband’s surname after marriage. Korean family names are often one syllable with a few exceptions, and are subdivided into different bon-gwans (본관, 本貫). Bon-gwans are used to denote a name’s origin and distinguish between the different clans within the Korean family trees that shares the same surname. For example, the two most common Kims in Korea are Gimhae Kim originating from Gimhae and Gyeongju Kim originating from Gyeongju. The respective bon-gwan differentiate the two Kims despite the identical surname. With the recent increase in naturalized citizens, the number of surnames have increased nearly 800% between 2000 and 2015. According to a recent population and housing census in 2015 by Statistics Korea, there are 286 hanja (한자, 漢字) – the Korean writing system based on traditional Chinese characters – surnames and around 858 clans that have more than a thousand people.

Korean given names are often two syllables. One syllable traditionally notes the biological generation of the child. The representative syllable for each generation is chosen at the bon-gwan, which also refers to the house of the direct decedents of the family, and it was traditionally given to sons who continued the family’s lineage. Today, the tradition has changed and this syllable is given to daughters as well or is sometimes omitted. With the generational syllable, one is able to know which generation he or she is in and it acts as an indicator of seniority among family members. The remaining syllable was the unique syllable of the child. A few combinations were chosen by the grandfather, or the eldest member of the family, or at a naming center called a jakmyungso (작명소) that studied the child’s horoscope in order to select the best syllable to combine with the generational name. The final decision was then made by the child’s parents.

Today, people have chosen not to use the generational syllable for various reasons. Some call it an old tradition; others choose not to use the syllable to increase the pool of possible names for their child. Moreover, since parents choosing a pure Korean name have increased over the years, many have dropped the generational syllables, which are mostly based on hanja. With so many changes in Korea’s demographics and the perceptions of the population, younger people may not be aware of the traditional way that names were composed: a surname that traces the origin of one’s paternal ancestors and a given name that is consisted of one unique syllable and a generational syllable.

So the next time you encounter Kims, Lees, Parks, or other common family names, you may notice that even though their names sound the same, they might be different in terms of their backgrounds. You may also notice the repetitive syllables in the given names of siblings and better understand what their names mean. Although conventional Korean names only contain three syllables, each one delivers the person’s demographic background – both in terms of clan and region, biological generation, and the name's own uniqueness.